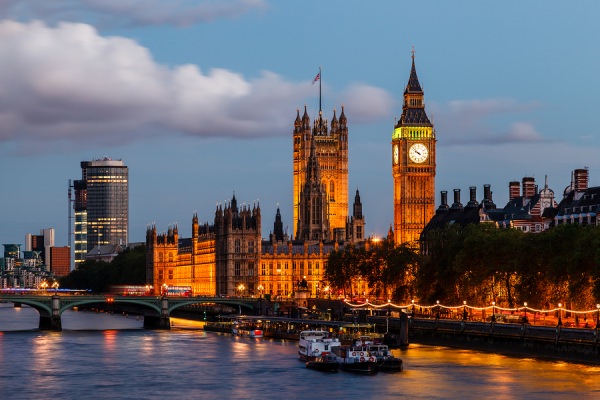 The Conservative and Labour parties were projected to battle to a very narrow election result in this month’s general election in the UK. In the end, it wasn’t that close. The Conservatives won a solid majority in the 7 May vote with 331 seats, an increase of 24 from the previous election. Labour, meanwhile, saw a drop of 26 seats and will send 232 MPs to the next Parliament.

The upshot is that Conservative leader David Cameron has been returned to Downing Street as Prime Minister, and Theresa May will continue as Home Secretary with responsibility for immigration. Vince Cable, the former Liberal Democrat Secretary of State for Business, Innovation and Skills, and a proponent of international education, lost his bid for re-election.

The unexpectedly strong Conservative victory throws the recent lobbying efforts of peak UK education bodies into sharp relief. Particularly so as the Conservative election platform has pledged both stronger immigration controls, as well as a referendum on Britain’s European Union membership in 2017.

Immigration remains a hot topic in the UK, and popular opinion generally runs in favour of tighter immigration rules. British educators have certainly felt the impact of a more restrictive immigration policy in recent years, and have increasingly raised the alarm as to the impact on the country’s competitive position in international education markets.

“International students are of great importance both to the UK higher education sector and to the country more widely,” said a Universities UK report released late last year. “Not only does their presence internationalise the academic environment and campus life, they also contribute more than £7 billion to the UK economy… It is concerning, therefore, that, following several reforms made to the immigration system, the UK higher education sector as a whole has experienced two consecutive years of falling overseas entrants, in both 2011/12 and 2012/13.”

Should I stay or should I go?

The Conservative election platform pledges that a new Cameron government will “keep [their] ambition of delivering annual net migration in the tens of thousands, not the hundreds of thousands.” It also promises to further “reform the student visa system with new measures to tackle abuse and reduce the numbers of students overstaying once their visas expire.”

The previous Conservative government, under Prime Minister Cameron and Home Secretary May, demonstrated a strong inclination to introduce tighter controls on international student mobility, and both British educators and international stakeholders alike will now closely monitor the government’s next steps on this important file.

Connected to public and political concerns regarding immigration is the question of the UK’s continuing membership in the European Union. The Conservative platform also promised, “a straight in-out referendum on our membership of the European Union by the end of 2017.”

This is not a small question for UK universities as any move to leave the EU would limit or exclude the institutions’ participation in the Erasmus+ and Horizon 2020 programmes, leading to new restrictions on student movement in and out of the country and severely curtailing UK universities’ access to research funding.

We reported earlier of the massive investment in both programmes in 2013: “Horizon 2020 and Erasmus+ … reflect a remarkable exercise of political will and the belief that research, innovation, and education are the levers that will drive growth and ease unemployment across the EU.”

In short, were the UK to exit the EU after a 2017 referendum, it would also be leaving the Erasmus+ programme. It would also likely be reclassified as a “third party member” for future rounds of Horizon 2020 funding, and, as such, would access a more limited envelope of research funds going forward.

Institutional ties to Europe, however, run deeper still. A recent University World News article notes that “close to 14% of academic staff in UK universities are from the EU,” and as the 2013/14 figures show, around 125,300 EU students are studying in the UK.

In the weeks leading up the British election, Universities UK Chief Executive Nicola Dandridge said, “The outcome [of a referendum on EU membership] is not certain. But what is certain is that for universities, the question of EU membership matters… The EU is the largest knowledge economy in the world and being part of the EU enables our universities to enhance their visibility, influence and attractiveness in the increasingly competitive global marketplace for research contracts, international students and staff.”

Reflecting the importance of the issue for the nation’s universities, on 8 May, one day after the election results were tallied, Universities UK announced a new campaign in support of continued EU membership.

“We are international – but we are European first,” says a joint statement from Universities UK Director of Communications and External Relations Alistair Jarvis and Director of the UK HE International Unit Vivienne Stern. “World-class research depends on scale, continuity, long-term planning and extensive global networks of collaboration. As part of something bigger we are able to make a more profound impact on many of the challenges facing the world – like climate change, disease, food and water security – than we would ever be able to make on our own. EU membership creates British jobs, enables life-changing discoveries and inventions and strengthens the UK’s standing in the world.”

A second group, Scientists for EU, also launched its campaign in support of the European Union within days of the election result. The group describes itself as a non-partisan “collaboration of universities, researchers, industry scientists, engineers, health professionals, students and more that are coming together to state a particularly clear case for the UK to stay within the European family of countries… We will make the case for freedom of movement of staff, freedom of movement of students and of course the benefits of combined resources for funding.”

The election results were a hot topic at the recent English UK Annual Conference & AGM. Chief Executive Eddie Byers outlined the disappointing results for the sector’s performance as total student weeks fell 2.02% in 2014 to 2,348,116 and total student numbers dipped .83% to 580,618. Notable declines were attributed to markets such as Brazil, Japan, Russia, Spain, and Turkey.

Mr Byers further outlined several political challenges which are putting pressure on English UK members, and the country’s reputation at large, such as:

Timothy Blake, Chair of English UK’s Public Affairs Advisory Group, presented their key priorities going forward, namely to ensure that international students are not counted as migrants, demonstrate the economic value of Britain’s ELT sector, and “get the government behind a fresh promotional push for the industry.” In addition, he stressed the need for “a new, more persuasive campaigning approach which leverages national and local efforts to greater effect.”

Also speaking for the Public Affairs Advisory Group, Val Hennessy rallied members to join forces in more of a grassroots campaign style, in saying, “Change is going to happen because each of you can make people sit up and listen at a local level,” as the consensus at the conference was a feeling that the language sector must push the UK government for greater support.

The international education sectors’ respective efforts clearly reflect the importance of a unified front during challenging times, enhancing the UK’s reputation abroad, shared research funding for the higher education sector, and open scholarly networks. The UK’s connection to the broader European community, its immigration issues, and international student mobility are all likely to remain closely linked as the UK continues under Conservative leadership.