Tertiary Education, Skills, and Employment Minister Steven Joyce and Immigration Minister Michael Woodhouse together introduced several changes to visa requirements to make it easier for visiting students to work during their studies, strengthen quality standards for education providers, and enable streamlined visa processing via an interesting partnership with education providers. The changes will take effect in January 2014.

The modifications will allow more English language students studying at high-quality providers to work part-time, and will also provide full-time work rights during all scheduled holidays to international students who take a course of one academic year or more. International PhD and Masters students will now have unlimited work rights.

Immigration New Zealand will also pilot a new partnership with educators, under which up to 25 selected institutions and schools will be able to offer streamlined and prioritised visa processing to students they have judged as genuine and as having adequate financial resources to carry out their planned programme of study in New Zealand. In return, participating education providers will be accountable for those assessments with respect to the “immigration outcomes” of their students.

Beginning with an initial group of universities, polytechnics, and private training providers, the pilot will begin in 2014 with the expectation that it will be expanded to a wider field of quality education providers in 2015. Both the pilot and any subsequent expansion of this streamlined processing model will be implemented via New Zealand’s recently announced Immigration Online system, a new initiative that will allow many visas to be processed entirely online.

In a bid to strengthen quality standards, Immigration New Zealand will no longer approve visas for students intending to study with the few education providers classed as Category 4, the lowest status granted by the New Zealand Qualifications Authority (NZQA).

“While we want more students to come to our shores to study, our focus has to be on providing them with the highest quality education New Zealand has to offer,” Immigration Minister Michael Woodhouse says.

“Competition for international students is intensifying around the world, and it’s important we stay competitive,” added Minister Joyce. “The amendments to rules around international students working while they are studying will bring New Zealand in line with policies of similar countries, especially Australia, and make it easier for students to choose to study here.”

The Minister said, “It is important that New Zealand remains vigilant to the risks of unscrupulous agents and providers. We have already made a number of legislative changes to deal with the bad apples in the system, and the changes I am announcing today will further strengthen New Zealand’s regulatory framework. It is crucial that we regulate clearly and consistently this very important industry for New Zealand.”

In fact, the week’s announcements are only the latest in a series of new initiatives – both on the policy side and in terms of export development strategies – designed to strengthen New Zealand’s competitiveness in the global education market.

As we have reported previously, the government has committed additional funds – NZ $40 million over the next four years – to support the marketing of New Zealand as an international study destination and to strengthen focus on key regional targets, such as Southeast Asia and the Gulf.

Moreover, the Ministry of Education has also released a draft Tertiary Education Strategy for 2014–2019. The draft sets out the government’s proposed strategic direction for five years, and provides an important indication of how and where education funding will be invested in New Zealand during this period.

Along with a sharpened focus on skills training and increasing participation for at-risk youth and Aboriginal students, the strategy prioritises expanded international linkages, partly in the service of the government’s stated goal to double the economic contribution of the industry to NZ $5 billion by 2025.

As it happens, these developments all occur against a backdrop of softening international enrolment in New Zealand and a slip in international rankings by the country’s universities.

Total international enrolment for the first four months of 2013 declined by 3% against the same period for 2012, a decline that has generally been attributed to the global financial crisis, increasing competition in international markets, and the lingering effects of major earthquakes in 2010 and 2011.

At the same time, New Zealand’s universities have slipped in major international rankings this year, a development that some critics have attributed to declining government investment in higher education.

For its part, the Ministry of Education rejects the suggestion that the declining ranking of New Zealand universities is a product of reduced funding, claiming instead that the government’s investment in universities has increased by 16.5% over the past four years and arguing that the recent ratings slip is more a function of increased international competition than anything else.

However that funding debate plays out, it seems clear that both education providers and government are committed to making sure the trend towards declining international enrolment is a short-lived one. The government’s recent moves with respect to visa policy are particularly encouraging and innovative, and it will be fascinating now to observe the effects of all of these new initiatives and new funding on the continued development and growth of international education in New Zealand in the years ahead. 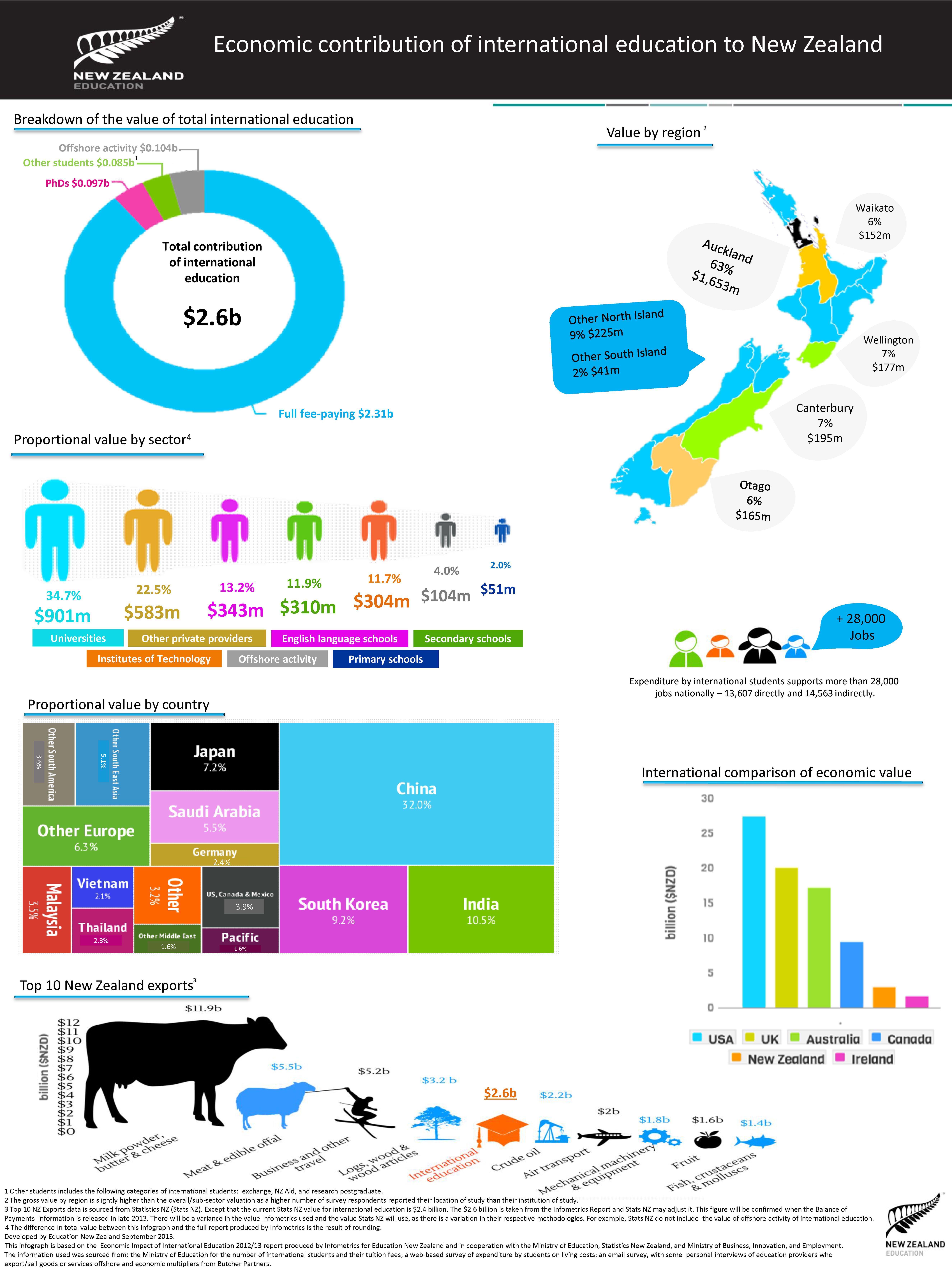