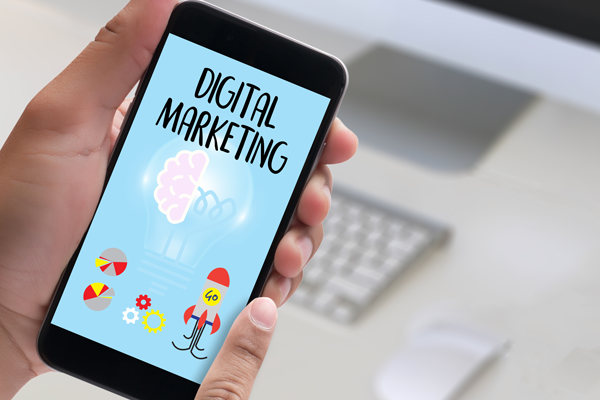 Digital marketing provider TERMINALFOUR released the results of its Higher Education Digital Marketing & Web Survey (2017) in the fall. The annual survey, of which this was the fourth edition, takes the pulse of – and tracks over time – the digital marketing strategies and priorities of higher education providers in major study destinations around the world.

The 2017 poll gathered responses from 391 leaders, senior management, marketing, web, and recruitment professionals in the higher ed sector and focuses on questions of website strategy as it relates to student recruitment.

The vast majority (89%) of survey respondents said that student recruitment is the main goal influencing their institution’s web strategy, up from 80% in 2016. Recruiting students dwarfs other goals such as promotion of research and hiring of researchers (6.6%), student retention activities (2%), and alumni engagement and fundraising activities (1.5%).

Student recruitment goals were particularly important to respondents in Ireland and the UK (roughly 92% compared to 75% in Australia, New Zealand, and Canada). Australians and New Zealanders were notably more interested in digital marketing aimed at alumni engagement and fundraising (25% compared to 1.5% or less in Canada, Ireland, the UK, and the US.) Meanwhile, Canadians were much more likely to prioritise the promotion of research and hiring of researchers than were respondents from other countries (16.6%, which is at least double the interest stated by any other nationality).

Just over a quarter of respondents said that it’s the marketing team that guides online strategy, while roughly a third said it was a collaboration between marketing and the web team and another third said that it was an even wider cross-functional collaboration. This kind of resource allocation was present in the three largest markets – the US, the UK, and Canada – except that in Canada, cross-functional collaboration is more common than in the US and UK, with half of Canadian respondents saying this model guides their web strategy.

Conversions – such as requests for information, campus visits – the key success measure

In 2017, form requests – such as visitors asking for more information or to visit a campus – are reported as the most important indicator for whether an online strategy is working (36.8%), followed by website visits (30.4%). In 2016, the reverse was true, with website visits ahead of form requests. In 2017, respondents were also less likely to name social media engagement as a main way to measure online success than in 2016; this measure fell from 10% in 2016 to 5.6% in 2017. Such developments indicate that HE web strategists are looking for their website to prompt concrete actions from students and are likely prioritising calls-to-action in their strategies as a result.

The most important social channels for student engagement, as ranked by survey respondents, 2015–2017. Source: TERMINALFOUR

Not always aligned with institutional capacity

Despite student recruitment being overwhelmingly considered the most important goal for institutional websites, more than four in ten (42%) respondents said they weren’t sure about the number of vacant seats at their institution, down only slightly from 46% in 2016.

Another striking finding from this line of inquiry: four in ten (40%) respondents were not sure whether their institution’s recruitment targets fed into their online targets. “This drives home the point that there’s a big disconnect between the organisational goals of the institution and the online goals,” said TERMINALFOUR CEO Piero Tintori. “One informs the other; it’s unconscionable that these figures aren’t understood across an institution.”

However, roughly two-thirds (65%) said that when they do receive an online lead, it is measured against targets. This is up only slightly from 2015 (63%) and 2016 (64%), suggesting that there is lots of room for a more integrated strategy in this area as well.