A new report from the Observatory on Borderless Higher Education (OBHE) points to continued growth in the number of international branch campuses (IBCs) worldwide, but notes as well that much of that growth has been concentrated in Asia.

OBHE estimates that there are at least 180,000 student enrolled in IBCs today, but the report adds some important context as well in noting, “This is a significant number in absolute terms but is equivalent to less than 4% of the five million international students in the world…and a tiny fraction of the 150 million+ higher education students globally. In a few countries, such as UAE, IBCs constitute a significant proportion of total higher education enrolment; but in most they are niche players.”

“The relative ease of student and programme mobility, compared to the institutional mobility inherent in a branch campus, suggests IBCs will remain substantially niche operations. The open question is whether over time IBCs of a certain type or within certain countries will achieve a stronger reputation for capacity and quality at scale, influencing national policies and institutional brands. IBCs, in all their diversity, have much room for growth.”

On that note, OBHE reports that 66 new IBCs were established between 2011 and 2015. On the heels of a roughly equivalent number of new IBCs launched from 2006-2010, the absolute growth in IBC numbers has been quite stable over the decade. In addition to the new IBCs opened over the last five years, the final tally for 2015 also reflects the 15 campuses that closed or changed status during that same period. 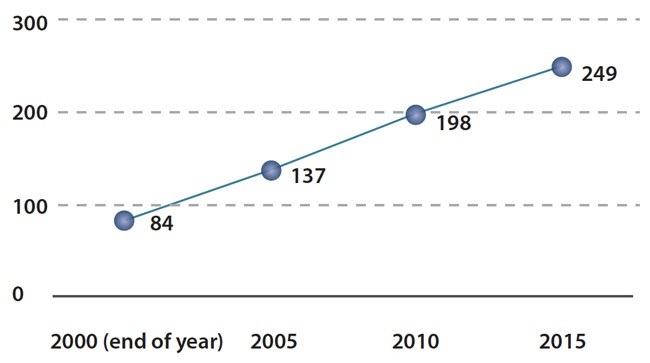 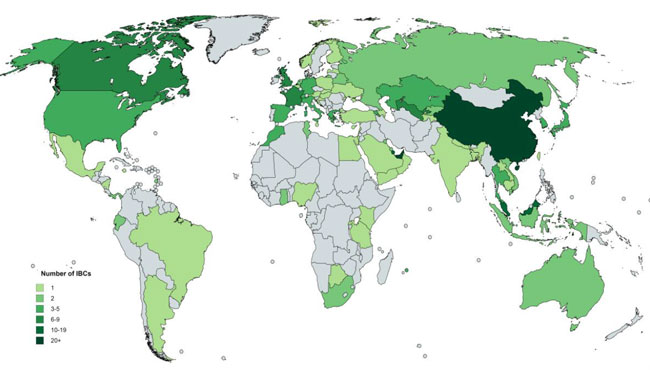 As this tally suggests, China has now edged out the UAE as the top host country, reflecting both a slight decline in IBCs in the Emirates (from 32 campuses at the end of 2010 to 31 by end of 2015) as well as a dramatic increase in IBC operations within China (from 13 in 2010 to 32 today). OBHE attributes the softening global share of the UAE to “market saturation, changing strategies of local governments, and concern over instability in other parts of the region.” China, in contrast, is home to more than one in four new IBCs (26%) started since 2011, and continues to attract new IBC ventures today.

OBHE puts the continued growth of international campuses in China down to local demand for higher education and also to host government support. The report notes generally that governments are motivated to attract IBCs by a drive to greater economic competitiveness, by an interest in boosting the political or cultural influence, and/or in the hopes of boosting the profile of national higher education systems.

On the export side of the equation, the top “home” countries for IBCs are the US, the UK, Russia, France, and Australia. US institutions operate 78 IBCs currently, accounting for nearly a third of all offshore campuses worldwide and including 17 of the 66 new IBCs opened since 2011. The UK is the next-leading exporter after the US with British institutions operating 39 IBCs (16% of the global total) as of 2015.

As these values illustrate, IBC activity is fairly concentrated both in terms of import markets where we see IBCs clustered in China and other selected Asian markets as well as in the MENA region. But this activity is also focused within a relatively small of exporting countries, with the US and UK as the clear leaders.

“Future growth is being driven by institutions from the United States and Europe, particularly the UK. Nearly half of the known IBCs under development will be overseas campuses of institutions based in the US and UK. There are at least seven campuses under development in Asia and four in the Middle East, highlighting the geographic shift in activity [from the Middle East to Asia],” concludes the report.