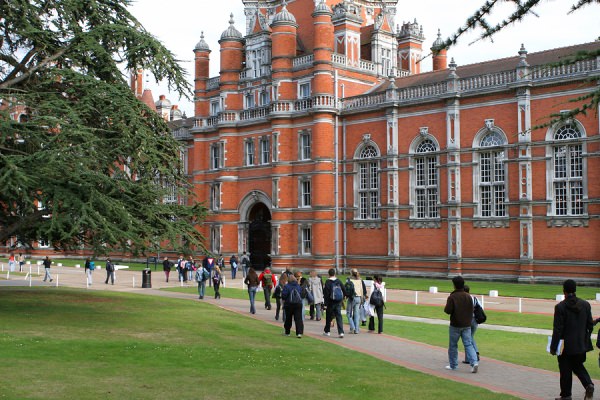 The past decade has seen a rapid expansion of transnational education (TNE), including twinning arrangements, joint programmes, and, in some of the more visible and prominent TNE projects, international branch campuses.

Branch campuses typically attract a fair amount of enthusiastic forecasts as well as critique but there are signs of a growing caution on the part of educators with respect to such ventures – a reserve that may be informed in part by a growing body of research suggesting that “expanding for the sake of expansion” carries a high risk of failure.

This caution may not necessarily foreshadow a decline in the number of branch campuses operating worldwide, but it does reflect that the branch campus is a TNE strategy to be employed selectively and under specific circumstances. It also underscores a growing awareness of the challenges associated with international campuses, particularly issues of financial viability and quality assurance.

A lower priority for many

The European Association for International Education (EAIE) conducted a survey among staff at higher education institutions in the European Higher Education Area, which resulted in a report called The EAIE Barometer: Internationalisation in Europe. This report reveals that more than half (53%) of university employee respondents had witnessed no increase in branch campus activity at their institution in the past three years. Meanwhile, 1% had seen a “substantial increase” in branch campus activity, 12% noted an increase, and 1% had seen a decrease.

Branch campuses were among 15 categories of internationalisation that the EAIE study explored with respondents – and they emerged as the lowest priority overall relative to other initiatives. In contrast to the 12% increase in branch campus activity noted above, as many as 40-50% of respondents reported increased activity in all the other 14 categories in the survey. The top priorities mentioned by respondents were:

As for why branch campus activity is prioritised below other internationalisation initiatives, the answer is in large part the high risk and difficulty associated with operating a physical campus abroad. Gavin Moodie, an adjunct professor at RMIT University writing on the website The Conversation, puts it bluntly:

“International branch campuses are one of the biggest reputational and financial risks universities take. They are typically established distant from the home campus’ supervision, in an environment as well as a country that is foreign, and they rarely repatriate great financial or academic riches to their home campus.”

In short, opening a branch campus – and having it be a successful investment – is not for the faint of heart: it is ever more the domain of universities who have built, over many years, a comprehensive, multifaceted internationalisation strategy.

These universities are not primarily concerned with revenue generation, but rather with broadening their brand footprint and increasing their prestige over the long run in international markets. Many universities would like to pursue these goals, but relatively few can afford to sustain and support such efforts to the extent required.

There are currently over 240 international branch campuses around the world; many of these are located in the Persian Gulf region as well as (and increasingly) in Asia. Anna Kosmützky, a sociologist at the University of Kassel in Germany, has been examining the branch campus phenomenon over time.

She defines three periods of expansion, including an initial exploration by US universities in the late 1980s and early 1990s and, as Inside Higher Ed reports, a second wave in the late 1990s and 2000s, “when universities in Australia and the UK as well as the US began setting up branches in countries that had made attracting international campuses a policy priority – primarily Qatar, Singapore and the United Arab Emirates. The creation of ‘educational hubs’ in these nations accounts for 80% of the branch campus growth during this period.”

Most recently, Ms Kosmützky describes a third phase of growth and diversification from 2012 on. As of 2014, she counts:

Accompanying this increase in branch campus activity, however, have been numerous closures. Within Dubai International Academic City, for example, Ms Kosmützky found that five of 26 branch campus openings had subsequently closed.

She went so far as to consider the opening of a branch campus today as “a legitimised strategy independent from the outcome of the strategy,” associating the activity with a competitive environment where – because others are establishing branch campuses – a university may feel pressure to do the same.

A common reason for a branch campus to close is when too few students enrol, making it hard to meet the operational costs for the campus. Mr Moodie referenced research by the Cross-Border Education Research Team of the State University of New York at Albany on 94 branch campuses, and noted:

“The median enrolment of these campuses was only 500 students, despite the fact that their median age is 10 years. Campuses with such modest enrolments are unlikely to generate much revenue, let alone a surplus to repatriate to their home campus.”

Nigel Healey, Pro Vice-Chancellor (International) at Nottingham Trent University says, in an interview with Times Higher Education, that more than 90% of all UK branch campus enrolments in 2012/13 were contained within three British universities: University of Nottingham (Malaysia and China); Middlesex University (Dubai and Mauritius); and Heriot-Watt University in Dubai (and now Malaysia as well). He adds:

“A handful of UK universities have committed to this form of transnational education and are now successfully operating financially viable branch campuses. These are the survivors.

Most of the rest of us have looked at the casualties and concluded that there are easier and safer ways to reach out to new international markets, with dual and joint degrees currently the fastest growing activities.”

Models of strategic partnership are evolving

For students, the attractiveness of enrolling in a branch campus has to do with obtaining a degree at an internationally ranked university without having to travel far from home. With highly ranked Asian institutions now an option, students may find enrolling at one of these, rather than a branch campus, just as compelling.

While emerging education hubs in Asia continue to feature prominent branch campuses, there is a growing trend toward other types of partnership as well. Many of the latest big partnerships raise the profile and prestige of both the Asian and the foreign institution, such as this example noted recently by World Education News & Reviews (WENR):

“The National University of Singapore, already ranked among the best universities in the world, has been elevating its international profile by partnering with prestigious US universities. The Duke-NUS Graduate Medical School opened in 2005 with funding from the Singapore government as part of the NUS system with curriculum patterned after that of the Duke School of Medicine.

And, more recently in 2012, the Yale-NUS College was inaugurated, with classes beginning in fall 2013. The college offers four-year, US style liberal arts undergraduate programmes as part of the NUS system.”

The fate of branch campuses in increasingly robust source markets also lies in how well they serve their students – or how poorly. The UK’s Quality Assurance Agency (QAA), for example, found that it is common for an international branch campus to be “little more than an office and teaching rooms.” It looked at 11 British branch campuses operating in the United Arab Emirates and found that only two of them met the definition of a “campus”:

“Only two providers, Heriot-Watt and Middlesex, are readily recognisable as branch campuses [offering] the range of facilities a student would expect of a campus in the UK.”

The QAA suggests that institutions must work harder to replicate the standards they achieve at their home campuses at their overseas branch campuses, recommending the following as good practice:

The British Council has also issued a call for common standards, monitoring, and ranking among institutions delivering TNE programmes. Rebecca Hughes, the Council’s Director of Education says, “Without this, the full benefits and potential impact of transnational education cannot be judged.”

One ultimate goal would be to see ranking systems develop around TNE models such as “branch campuses, accredited or franchised courses, and independent joint institutions,” since currently, ranking systems include only institutions operating within their own country.

For her part, Ms Kosmützky believes that the growth and diversification of recent years will continue. She notes that opportunities arise when the governments of emerging markets make it easier, from a regulatory and funding perspective, for educators to set up branch campuses, and says:

“These hubs, these conducive environments, create waves of founding and at the same time competition and the [dying] out of branch campuses that does not affect the population overall.”

“To utilise a metaphor, I would compare the whole branch campus story with the California gold rush. People from all over the world went to California to dig for gold. Some got rich and many returned home with a little less than when they left.”

All of these observations suggest that the caution indicated in the EAIE survey is real and that branch campuses are a more selective strategy that may belong to more established international education brands and institutions.

But as Ms Kosmützky’s findings also highlight, the marketplace is becoming more diverse. Included within this pattern is the fact that some countries – India and China among them – that would have only hosted international campuses in the past are now also “branching out” to open their own campuses abroad. This is certainly an aspect of heightened competition but also of the more complex marketplace that continues to take shape for international education today.