Canada became the latest major study destination to report on international enrolment trends this week with the release of the annual A World of Learning report from the Canadian Bureau for International Education (CBIE).

The 2016 edition of A World of Learning: Canada’s Performance and Potential in International Education reports that there were 353,570 international students in Canada in 2015. This represents year-over-year growth of 8%, and echoes the recent-year trend reported in the US of slowing growth for the year.

We should note that these statistics are based on Canadian immigration data – that is, on a count of those students holding a study permit for extended studies in Canada. Corresponding data from Languages Canada indicates that there were an additional 90,000 international students in Canada for shorter-term language studies in 2015, suggesting that the total head count for the year was closer to 450,000 students.

More broadly, the number of foreign students in Canada grew by 92% between 2008 and 2015. Roughly 75% of the students in the CBIE count are now enrolled at the post-secondary level, with another 16% in secondary studies or lower. 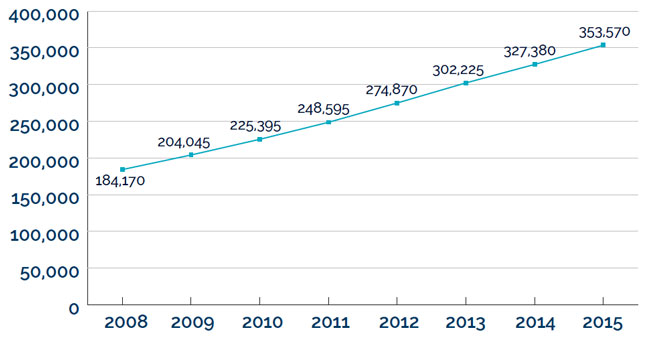 As is the case for many leading study destinations, diversity remains an issue for Canadian educators. More than 60% of all international students in Canada come from five sending markets: China, India, France, South Korea, and the US – with the US supplanting Saudi Arabia for the number five spot this year. As the following chart reflects, nearly two-thirds come from Asia, and almost half from East Asia alone. 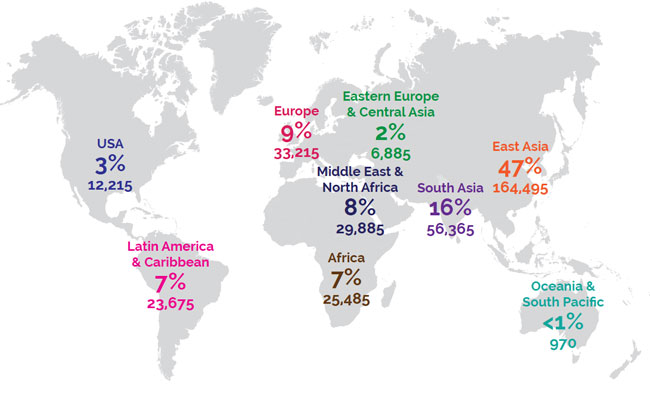 And as we also saw in 2015, China and India continue to drive most of the overall enrolment growth for Canadian institutions and schools. Year-over-year comparisons – showing growth or decline by country for 2015 – are reflected in the following chart of Canada’s top 12 sending markets. 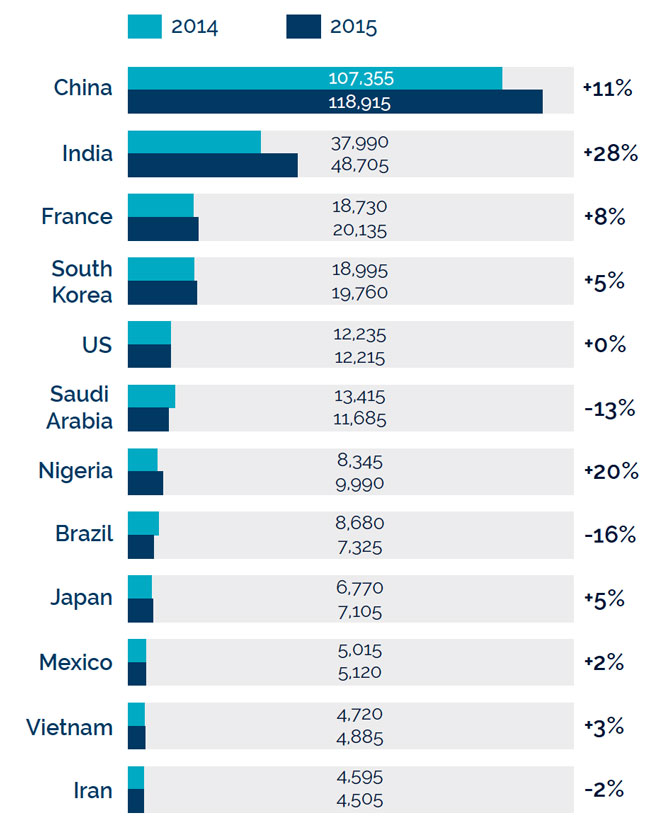 As every student and agent survey will indicate, timeliness and transparency in student visa processing are key aspects of international competitiveness in student recruitment.

As the following chart illustrates, processing times varied widely around the globe, from a low (average) of 24 days for student-applicants from Poland to a high of 113 days in South Africa. 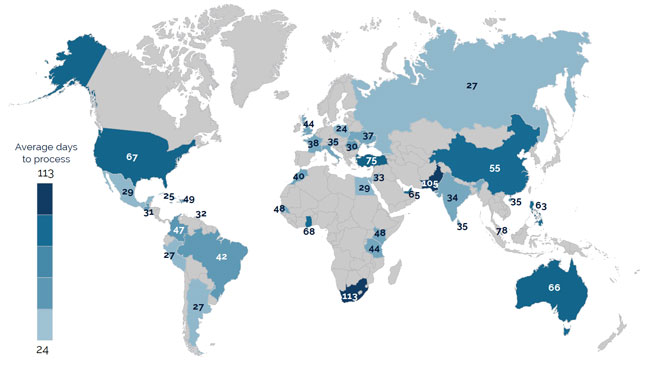 Speaking at the CBIE conference in Ottawa this week, Immigration, Refugees and Citizenship Canada officials noted separately that the global average processing time for Canadian study permit applications in 2015 was 42 days.

Recent student and agent surveys suggest that Canada’s attractiveness as a study destination has strengthened over the past year.

There is a broader context for this observation, and one that suggests that Canada has some significant competitiveness issues to address in terms of visa processing times, admissions processing, the availability and strength of articulated pathways for international students to move among Canadian institutions, and post-study employment supports.

The significance of Canada’s continued international competitiveness and attractiveness as a study destination is further illustrated by another recent study of the economic impact of international students in the country.

This 2016 update on an earlier impact study estimates that international students spent CDN$11.4 billion (US$8.5 billion) on tuition, accommodation, and discretionary spending in Canada in 2014, and directly supported 104,100 full-time jobs in the process. This level of economic impact equates to 11% of all of Canada’s service exports and 2.2% of total exports.

For additional background on Canada as a study destination, please see:

This entry was posted in Canada, North America, Regions.