More online degrees on the horizon? 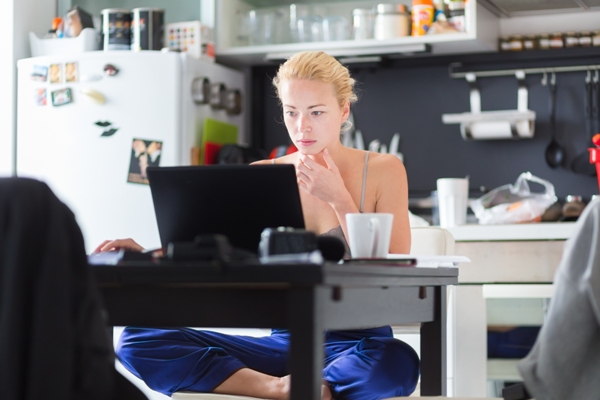 Coursera is the largest MOOC (Massive Open Online Courses) platform in the world. With a reported user base of 20 million students, it delivers courses in partnership with 145 universities worldwide and in ten languages. In 2015, the platform accounted for nearly half of global MOOC enrolment, and offered more than a third of all available MOOC courses.

Daphne Koller is the president and co-founder of Coursera and was recently a featured speaker at the EdTechXEurope 2016 conference in London.

Ms Koller’s remarks made news afterward for her prediction that the next stage in online learning would be for leading universities to offer full undergraduate degrees online.

In the current phase of development, most MOOCs offer short, highly targeted courses. There has been an increasing emphasis in recent years on courses leading to certificates, and, most recently, an expansion of courses that may be taken for academic credit.

To date, we have seen more selective experimentation with post-graduate degrees online, notably edX and MIT’s MicroMaster’s Credential in Supply Chain Management, Coursera’s iMBA with the University of Illinois, and Udacity’s Master’s in Computer Science with Georgia Tech. edX has also launched another high-profile partnership to deliver first-year undergraduate courses, again for credit, in collaboration with Arizona State University.

Most recently, Britain’s Open University and the University of Leeds have both announced that they will offer academic credit towards degrees for courses completed via the UK-based FutureLearn platform.

What Ms Koller envisions next is a further stage of development for MOOCs that will see complete undergraduate programmes offered online, and in partnership with prestigious universities. And this is not a distant idea: her expectation is that we will see such programmes offered within the next five years.

“Will it be fully online? Or will it have some residential components? That remains to be seen,” she said recently to BBC News. Her contention, however, is that the issue is no longer one of technology, or even the efficacy of online teaching and learning. Rather, the only remaining barriers to delivering full degrees online are the hesitancy of universities to make the move. She attributes this to lingering concerns about protecting institutional brands (that is, avoiding any reputational risk associated with online delivery) and preserving current business models.

Given the rapid expansion of online enrolments in recent years, Ms Koller sees a considerable momentum forming that will break down any such remaining concerns on the part of prominent universities, and see more rapid movement toward online delivery. “We thought that the change in academic institutions would be more rapid,” she added. “[But] universities are not the most nimble of organisations.”

Part of the pull towards expanded degree offerings online may well come from major emerging markets, such as India, where an explosion of demand for higher education will be virtually impossible to address through an expansion of bricks-and-mortar institutions.

And part of the push to expanding online degree options may also lie in the growing body of research indicating the effectiveness of online learning. A recent paper by Contact North Research Associate Sir John Daniel highlights current research showing that face-to-face instruction is not superior to asynchronous distance or online teaching. In fact, one recent study demonstrated that student performance is measurably better in blended learning programmes.

Ms Koller observes that one advantage afforded to MOOCs in this respect is that they have extensive rich data on student performance and learner engagement with course material. MOOC providers can use this data to rapidly refine and improve course offerings, at a pace previously unimagined or practiced in conventional higher education institutions. “This is a place where the technology can inform and then drive educational innovation,” she said in another recent interview with Times Higher Education. “It’s impossible to learn quickly enough and iterate enough to make massive improvements [in a conventional university delivery model], [but online courses change that] because of the number of students that engage and because a new cohort starts every two weeks, so you tweak something and a couple of weeks later you already know if it’s working and then you can either continue to refine or revert and try something else.”

She also sees that this rapid iteration in course design has a role to play in helping to bridge gaps between higher education and employers. “There has long been this narrative around how universities are not providing the skills that employers feel they need in their incoming employees,” she said recently to the Chronicle of Higher Education. “But that communication channel has been hard to develop. How do you, as a university professor, learn what it is that industry really needs? Interestingly, by teaching the MOOC, you actually learn what people who are actively employed are looking for as part of their education. We also create direct relationships between top universities and top employers, so you now have that feedback loop that can help us make university teaching more relevant.”

These are some of the factors that have led many observers to anticipate a greater role for blended learning going forward. And this expectation extends to international education as well, where we have begun to see concrete signs of MOOC courses targeted to international students, and a greater role for blended delivery in transnational education programmes.

Perhaps the most striking recent example of this is Australia’s first-ever national strategy for international education. It sets a target of serving 110 million learners across all modes of delivery by 2025, and anticipates that the lion’s share of these will be enrolled in transnational education and/or technology-enabled programmes.

Many of these developments and forecasts anticipate an educational future where not only are national borders more porous, but so too are the divisions between modes of delivery and types of students. Now imagine how all of that might accelerate if Ms Koller’s prediction is borne out and we see full undergraduate degrees offered online by elite educational brands.

Online education is increasingly seen as a complement to traditional forms of delivery, and no doubt that will continue to be the case. But we can also imagine that any significant expansion of undergraduate and post-graduate degrees offered online, particularly if provided by well-ranked institutions, would add a fascinating new dimension to international education markets.