The growing importance of alternative credentials

The emergence of non-traditional qualifications – also know as alternative credentials – has changed the higher education landscape in recent years, impacting curriculum delivery and posing a challenge to traditional institutional business models. Yet what are these alternative credentials, and how are they being used? What are the downstream implications for students and institutions?

According to Dr Michelle Weise, a leading expert on disruptive innovation in higher education, alternatives to the traditional full-time, on-campus, four-year degree programme are growing. “Fewer and fewer students can afford that option,” she says.

“What’s more, 42% of college and university students in 2020 will be over the age of 25. More and more young people want their education to be flexible, inexpensive and oriented toward job opportunities.”

It is this focus on flexibility and employability that distinguishes alternative credentials from traditional forms of education. For Dr Weise, lifelong learning will soon become the new norm, requiring students to work during their studies and to constantly learn new skills to keep up with the demands of a changing job market. Students of tomorrow, she predicts, will design their own curricula and pair it with paid work, internships, opportunities abroad, certificates, and mini degrees obtained online or from niche providers.

“Part of the disjunction is that we have a system that is very linear and insular – one that punishes students who get off-track at any point. Non-traditional students need much more flexibility in terms of what the college experience offers to them. The thing that’s missing in higher education is a way to integrate the idea that there is more to upward mobility than a degree,” she says.

For Dr Weise, certificates or alternative credentials provide a better indication of whether someone has acquired specific skills, which explains why there has been a shift towards competency-based education with measurable outcomes. And while many of what she calls the “elite brands” of higher education are resisting the shift, others are taking note. The Massachusetts Institute of Technology (MIT), for example, released a report in 2014 aimed at exploring the future of education. The report acknowledges the need for increased flexibility in completing a degree and implies steps must be taken to increase accessibility in general.

In the future, says the report, “the very notion of a ‘class’ may be outdated.” Instead, education downstream may involve a variety of certifications, minors, and alternative credentials, instead of a traditional four-year degree. For more traditional students, the future degree may involve multiple Massive Open Online Courses (MOOCs) or community college courses, with a subsequent focus on experiential learning. All of these changes, Dr Weise suggests, are driven by a demand for economic relevance. Elite brands will compete with niche or alternative providers who are able to solve what she sees as essentially a “human capital” problem – matching the skills of graduates with the evolving needs of the job market.

“When we think about the shifting value proposition of higher education, we have to think about what job it is that higher education is being hired to do in students’ lives. For many of these non-traditional students, it really is going to come down to job prospects. The important thing here is to realise that many students are looking to higher education to help them get a job.” 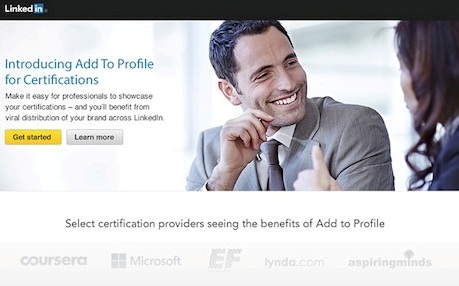 “Highlighting certifications on your LinkedIn profile has proven to be a powerful way for professionals to attract opportunity,” he says. “Certifications allow members to showcase proven evidence of their skills and expertise, which is invaluable to employers looking for talent with particular competencies.”

A recent article in The Chronicle of Higher Education summarised some of the discussions on alternative credentials at the 2015 SXSWedu conference. There was agreement that alternative features like digital badges would become an important new currency for signaling personal achievement.

Matthew Sigelman, chief executive of Burning Glass, a company that analyses job advertisements, said digital data was making it easier to see the nuances of job markets, such as the fact that certain skills are more valued in particular locations.

Certain sectors – namely IT and gaming – have been leading the charge to develop alternative credentials and pathways. Skill badges are making their biggest inroads in the IT world, according to a recent article in Education Dive. Employers seeking job candidates with technical skills are interested in such easy-to-verify credentials. Udacity, for example, now offers “nanodegree” programmes that are gaining support from companies such as Google and AT&T.

Other types of alternative credentials include “verified certificates” – essentially verifying the identity of someone who has taken a course from one of the major MOOC providers – and “course sequences,” which are pathways of three to nine courses on a specific topic. They act as MOOC versions of professional certificates that may require a capstone project to complete. 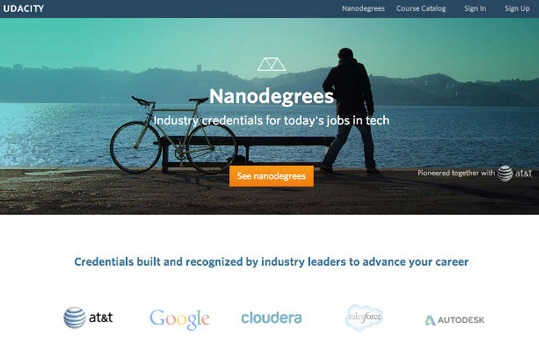 Programmes such as “coder boot camps” have also become popular as a means of preparing students – in merely a manner of weeks – into job-ready web developers through intensive coursework and training.

There are now more than 50 such programmes in the US and around the world, taking in an estimated US$73 million in tuition since 2011.

The top programmes claim to place the vast majority of their graduates into jobs earning just under six figures, filling a need for practical, hands-on skills that traditional college programmes aren’t able to deliver.

According to Anne Spalding, director of Dev Bootcamp in San Francisco, such programmes offer “a chance to think about education in a different way.” The role of teachers, she explains, shifts from being “the sole source of knowledge” to “creating a guided learning environment where knowledge comes from everyone and is shared by everyone.”

Not all graduates are singing the praises of such intense, short-term programmes. Dan Gailey started Techendo to collect independent reviews of boot camps after being unable to get verifiable information on job-placement rates from the schools themselves. “It’s really the Wild Wild West of education,” he says. “Some people really loved [their experience], and learned a lot. Some people don’t. They feel like they were taken.”

Even Dr Weise feels institutions offering non-traditional degrees need to pay closer attention to the needs of their students. Non-traditional students “are often not surrounded visibly by peers working on the same kinds of projects as they are,” she says. “As such, they need to feel strongly mentored and coached along throughout the process of learning.”

Despite these challenges, alternative credentials are big business.

She says institutions can start exploring options by potentially partnering with employers and building competency-based career pathways for students that don’t necessarily end in a traditional credential or degree.

“All institutions of higher education will have to think critically about how they offer learning, justify their costs, and adapt their curricula to the changing needs and demands of students, as well as to our rapidly evolving knowledge economy …. Standing still is not an option.”