UK announces new international strategy with a goal to host 600,000 students by 2030 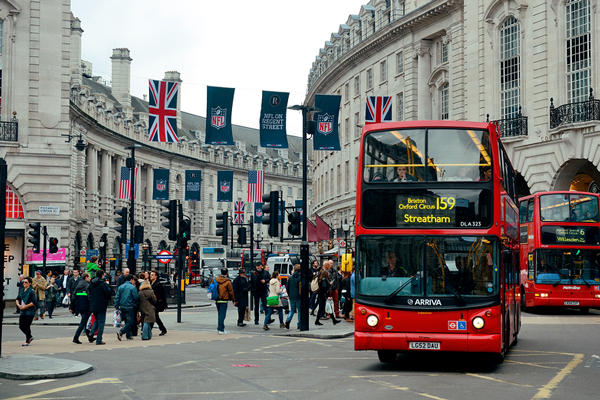 The policy change is that all undergraduate and master’s degree students will be given unrestricted post-study work rights for six months, with doctoral students able to work for 12 months after graduating. Currently, all international graduates are permitted to stay on to work for four months, with PhD graduates able to apply for an additional year. In addition, the government notes,

“We will also make it easier for international higher education students to move into skilled work in the UK should they wish to do so, by allowing them to apply for a skilled work visa three months before their course ends, or to switch into skilled work from their home country for two years after graduation.”

This commitment to extending the period within which non-UK students can remain in the country to work after graduating is being welcomed by the university sector, which has long been urging the government to change its restrictive policies in this regard. The hope among university stakeholders was that the work leave period for international graduates would be extended to two years, and Professor Dame Janet Beer, president of Universities UK, said recently that “we will continue to urge them on this point.”

Still, notes Vivienne Stern, Director of Universities UK International (UUKi) and a member of the Department for International Trade international education advisory group, “While we don’t think [the extended work rights period] goes far enough … we should do our very best to explain to prospective students around the world that something good just happened.”

Representatives from the vocational sector, as well, praised the new strategy. Lesley Davies, Chair of the UK Skills Partnership, said: “It is heartening to see the ambition the government sets out in its International Strategy for the UK skills sector and the recognition of our track record of success in delivering high quality technical and vocational education and training solutions to international partners and businesses. We welcome the commitment made by government to play a more active role in supporting the UK’s skill’s sector international business and we stand ready to deliver on this important agenda.”

In addition to the announcement of extended post-study work opportunities, the International Education Strategy also recognises the importance of employment concerns in general to international students’ decisions about where they will study. The document notes that,

In general, the strategy document emphasises the goal of making the UK more welcoming in all respects to international students.

While there was no policy change included in the International Education Strategy pertaining to a new visa processing approach, the document does signal that this area will be monitored for possible improvements going forward:

“The UK Government will keep the visa application process for international students under review, with the aim of improving the customer journey both for students and their sponsoring institutions. This will include reviewing processes for conducting interviews to ensure that these are appropriately focused and to minimise any inconvenience for applicants.”

Though welcoming of the overall International Education Strategy, Greg Walker, chief executive of MillionPlus, the Association for Modern Universities, cautioned that unless “major changes” to visa processes and the “arbitrary way in which compliance is assessed” occur, the twin targets of expanded international student numbers and increased economic exports may be difficult to achieve.

Nick Hillman, director of the Higher Education Policy Institute and former special adviser to the universities minister, added his own doubts about whether the strategy can succeed without the removal of international students from the net migration target. International students compose tens of thousands of people included in the scope of the policy to reduce immigration. Only the Home Office, responsible for immigration, can change this policy, a decision that would greatly support the goals of the International Education Strategy.

A Universities UK research study published last year determined that the UK’s immigration policy in recent years has contributed to up to £9 billion in lost export revenues between 2013 and 2017.

A strategy for uncertain and competitive times

It might not be supported by a change in the net migration policy or committed to two years of post-study work rights for international students. However, the new International Education Strategy is widely seen as a step in the right direction and an acknowledgement from the government that the sector is extremely valuable to the British economy, a great source of pride for the country, and an industry that is facing unprecedented competition from destinations including Australia and Canada.

With Brexit on the horizon and fears that a deal (or no-deal) may greatly affect flows of EU students to British institutions, the International Education Strategy prioritises four “high-value” regions in which to focus recruitment campaigns:

“The UK’s education system is world-leading and its reputation is the envy of many countries around the globe. As we prepare to leave the EU it is more important than ever to reach out to our global partners and maximise the potential of our best assets – that includes our education offer and the international students this attracts.”

This entry was posted in Europe, Most Popular, Regions, United Kingdom.