The Canadian Alliance of Student Associations (CASA), a group representing 270,000 post-secondary students, has released a report calling for more support for international students studying in Canada: Value Beyond the Dollars and Cents: International Students’ Contributions to Canada and their Need for Supports. The report comes at a time when Canada’s international student numbers are growing exponentially, requiring many Canadian schools, colleges, and universities to adapt to rapidly changing campus dynamics.

“Attracting more international students, it is clear, is directly tied to the ability of Canadian post-secondary institutions, as well as provincial and federal levels of government, to make the case for Canada as an appealing, respected and top-quality destination for academic pursuits and career development.”

The following video clip from CASA expands on this point.

Recent research by the Canadian Bureau for International Education (CBIE) has shown that international students’ satisfaction with their studies in Canada is high (93% satisfied, 55% very satisfied), but that there are some areas where improvements are required. In particular, eight in ten students surveyed said that they were concerned about their ability to pay for accommodation, and a substantial proportion of students who had not yet found employment during their studies were having difficulty finding paid employment (43%). 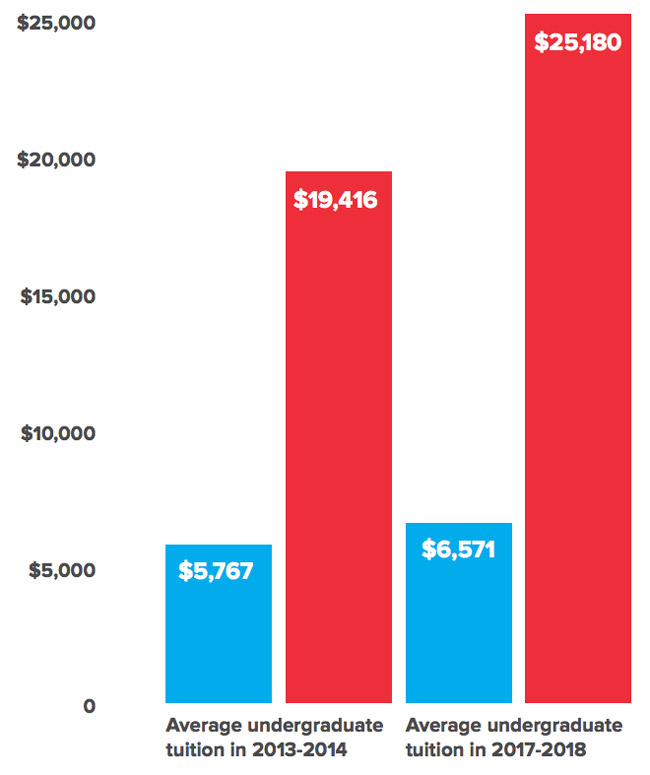 When tuition fees are high, it necessarily narrows the type of student who can apply to Canadian institutions to students who come from relatively wealthy households. Unless, that is, there are enough scholarships available so that international students with less money but strong academic potential can come to Canada. Such scholarships, the CASA report asserts, are not plentiful enough:

“Additionally, a lack of funding opportunities prevents the enrolment of international students who might have lots to offer the overall quality of post-secondary education in Canada, but who come from lower income backgrounds.”

The CASA report echoes CBIE research that found that along with affordability, social integration is emerging as a challenge for many international students. More than a quarter of students participating in the CBIE survey did not agree that they were encountering success in becoming involved in campus activities. CASA notes that when students aren’t happy socially at school, it can affect their determination to stay in Canada to work and/or immigrate:

“[International students’ difficulties with social integration are] especially concerning in light of the fact that many international students will make decisions about whether to stay and work in Canada following graduation based on their study experiences.”

They argue that this is especially true because “international students also encounter challenges when seeking to work while studying in Canada, and when aiming to stay and work in Canada following graduation.”

Indeed, many of the CASA report’s key recommendations are ideas for making it easier for international students to work and immigrate to Canada.

The CASA report makes several recommendations in the report, including: