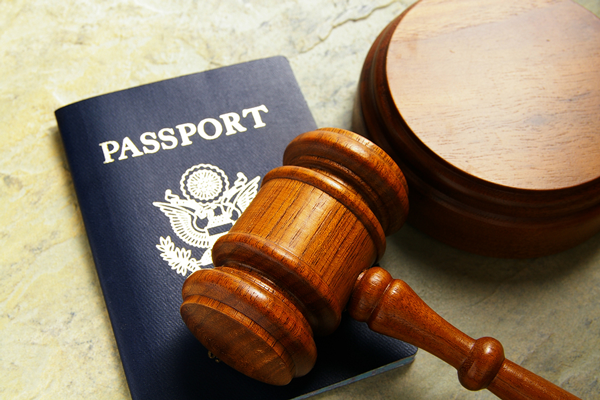 On 26 June, the US Supreme Court upheld a September 2017 presidential proclamation that limited travel to the United States by citizens of several, mainly Muslim-majority countries. Known informally as “Travel Ban 3.0”, it marks the administration’s third attempt to establish such restrictions after previous executive orders had been struck down by US courts. It has been in effect since 4 December 2017, when the Supreme Court stayed preliminary injunctions from lower courts that had initially blocked its implementation.

Whereas the country’s lower courts had previously ruled that the ban was unconstitutional; this week’s Supreme Court ruling represents a reversal, and one delivered by a 5-4 conservative majority ruling. As much as anything else, the case has tested the limit of the US President’s powers to restrict entry to the country. And in this regard the court found that, “The President has lawfully exercised the broad discretion granted to him under [US immigration legislation] to suspend the entry of [foreign nationals] into the United States.”

The ruling adds that US immigration legislation “exudes deference to the President in every clause. It entrusts to the President the decisions whether and when to suspend entry, whose entry to suspend, for how long, and on what conditions. It thus vests the President with ‘ample power’ to impose entry restrictions.”

Moreover, as Canada’s Globe and Mail observes, “now that the latest ban has been upheld, Mr Trump could be emboldened to add more countries to the list.”

What does the ban actually do?

Travel Ban 3.0 establishes “limitations and restrictions” on entry to the US for citizens of Iran, Libya, Somalia, Syria, Yemen, North Korea, and Venezuela. These restrictions vary by country, but in general, it will be more difficult for most people from the seven countries to travel to the US.

As it relates to education, the ban means that students from Syria and North Korea will not be able to study in the US.

The ban does not, at this time, prevent students from coming to the US from Iran, Libya, Somalia, Yemen, and Venezuela. For these countries, student visas – including US F-, M-, and J-class study visas – are specifically excepted from the nonimmigrant visa classes targeted by the proclamation.

However, the White House advises:

In other words, even if students from Iran, Libya, Somalia, Yemen, and Venezuela aren’t officially banned from entry to the US, they can expect to undergo more stringent screening and selection processes when applying for study visas or when entering or re-entering the United States.

Indeed, a February 2018 analysis by Inside Higher Ed found “that the number of F student visas granted for students from the affected countries had fallen sharply, as had the number of short-term B visas, a category used by foreign scholars when they come to the US for conferences. Beyond the countries that are specifically affected, many in American higher education have raised concerns about the unwelcoming message the [travel ban sends] to international students and scholars from around the world.”

In an official White House statement, President Trump offered that, “This ruling is also a moment of profound vindication following months of hysterical commentary from the media and Democratic politicians who refuse to do what it takes to secure our border and our country.”

Even so, the Supreme Court was clearly divided along ideological lines on the issue and opposition to the ruling was swift and severe. Justices Sonia Sotomayor and Ruth Bader Ginsberg – two of the four justices who opposed the ban – wrote a dissenting opinion saying the majority’s decision “repeats the tragic mistakes of the past” and sends the message “to members of minority faiths that they are outsiders.”

As the dissenting opinion highlights, five of the seven countries included in the current travel ban are Muslim-majority, and past iterations of the ban included Iraq and Sudan – Muslim-majority again (these countries have since been removed from the list because they were judged to have “addressed identified inadequacies” in their security provisions in some shape or form).

The White House proclamation invokes the travel restrictions on grounds of national security with ample references to terrorism and threats to security, and this can only stigmatise and demoralise students who come from countries affected by the ban.

Chief Justice John G. Roberts Jr., who wrote the majority opinion for this week’s Supreme Court ruling, “acknowledged that Mr. Trump had made many statements concerning his desire to impose a ‘Muslim ban’”, notes the New York Times.

As the following video vividly illustrates, the Supreme Court ruling will only further entrench a climate in which Muslim students have felt uncertainty about whether or not their visas will be renewed, whether or not they will be forced to leave before completing their studies, and whether or not any opportunities to stay and work in the US will still be available.

Jill Welch, Deputy Executive Director for Public Policy at NAFSA: Association of International Educators, issued a lengthy statement decrying the court’s decision: “Today’s Supreme Court ruling to uphold the travel ban tarnishes our reputation and casts doubt in the minds of all students and scholars around the world that the United States is a welcoming nation that fosters religious freedom. Today, they are wondering: ‘is the United States still the country where we will be welcomed, where we can study or build a business?’”

“At a time when we should be making every effort to create connections and ties around the world through robust international exchange with all nations, especially those in the Middle East, the Supreme Court’s decision poses a grave threat to our national security and keeps us from building those necessary relationships abroad,” added Ms Welch, who also referenced the upcoming mid-term elections in the US: “Now the responsibility lies with Congress to stop further emboldening this administration in its anti-immigrant, xenophobic path under the guise of national security. Voters will have an opportunity in November to demand that our elected officials stand for freedom, equality and opportunity for all.”

“By upholding the travel ban, the court is saying to the world that all students are no longer welcome at our educational institutions,” said the National Association for College Admission Counseling (NACAC) in its official statement on the ruling. “NACAC remains committed to ensuring that students, properly vetted by federal agencies, are welcome on our nation’s campuses, regardless of who they are, where they come from, or what they believe.”

American Council on Education President Ted Mitchell added, “The travel ban puts at risk the network of learning, research, and education that makes American higher education the envy of the world. Many of our international students have gone on to invent groundbreaking technologies, start thriving businesses, and assume leadership roles in governments and other organisations, both in the United States and abroad…This decision makes it far more difficult to maintain the United States as the destination of choice for the world’s best students, faculty, and scholars, regardless of their nationality.”