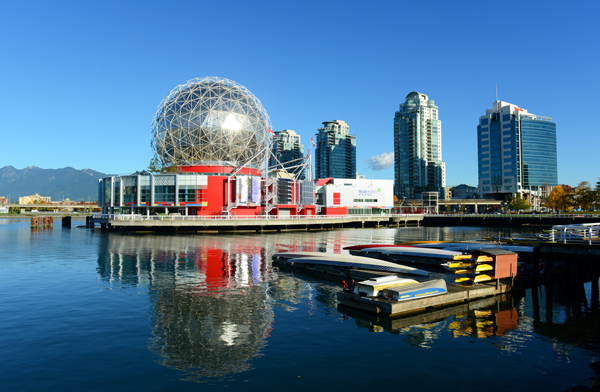 As September approaches, along with the start of the 2017/18 academic year, administrators at Canadian universities are dealing with the happy problem of managing growth in international enrolment. The Brexit vote in the UK, along with more isolationist policies in the US, are sending strong market signals this year. Where students feel less welcome as a result, or less certain of their ability to stay in either country to complete their studies or gain work experience, their interest is more likely to shift to alternate destinations.

Iranian student Shadi Heidarifar is one such case. She recently said to CBC News, “Before the election, the US was my first option to study after finishing my Bachelors in Iran. I wanted to study philosophy at New York University.”

“The travel ban made me feel I would not get a visa for the US on time. Instead, I will start my MA at the University of Western Ontario in September. I feel, at least for now, that I’m safer in Canada, but I hope things change in the US.”

Ms Heidarifar’s experience highlights that any such shifts in market share from the US to Canada could be short-lived. Either way, most see the current surge in demand as an opportunity to further build and diversity the country’s foreign enrolment base.

Canada has also set the foundation to capitalise on this movement with years of expanded international recruiting and, more recently, with government policies designed to attract greater numbers of foreign students and encourage more international graduates to stay and work after their studies.

Over the past several months, Canadian universities have been reporting significant increases in international applications at both the undergraduate and postgraduate levels. And as we noted in May, those earlier reports have been followed by further indicators of increasing international admissions yield at Canadian institutions this year (that is, the percentage of applicants that formally accept offers of admission).

As is generally the case, these are not uniform increases throughout the country. Year-over-year changes in application numbers and yield show some variability by receiving institution, field of study, and sending country. What does seem clear, however, is that a significant share of the overall growth is being driven by a number of key source markets, including Mexico, India, and the Middle East.

India has been very much in focus in early reports of enrolment growth for this year, and now that admissions numbers are firming up for September that appears to be the case again. Some noted Canadian universities, including the University of Toronto and University of British Columbia, are reporting growth of 50% or more in Indian undergraduate commencements for this year (in each case, from roughly 200 new students last year to more than 300 for 2017/18).

Most educators are reluctant to attribute these increases solely to the prevailing political winds in the UK or US, but instead see a combination of market factors driving growth this year. Speaking to the Hindustan Times, Karen McKellin, executive director of the International Student Initiative at the University of British Columbia (UBC), said, “What may be driving the increase at the undergraduate level is partially because more Indian students are prepared to study abroad for their undergraduate degree, whereas in the past Indian students more typically travelled abroad for graduate studies.”

“The recent growth in Indian undergraduates at UBC is also the result of UBC recruiting more pro-actively in India…Finally, some Indian families may be looking at sending students to Canada to study because of the opportunity to work in Canada for three years post-graduation, and perceptions that Canada is a safe and culturally diverse society with an exceptionally strong educational system.”

While many institutions are happily making room for increased numbers this year, managed growth is one of the emerging themes in Canadian admissions for 2017/18. Larger institutions will have little trouble accommodating more students, particularly at the undergraduate level. But some are looking at growth this year with a view to largely maintaining their current international–domestic enrolment mix.

The Chronicle of Higher Education points to a similar perspective at the University of Alberta, as revealed in discussion with Vice Provost and Associate Vice President for International Britta Baron: “The university — which tries to maintain a student body with about 15% of the students from abroad — is likely to overshoot its international-enrolment goal for the fall. Surpassing that target one time is fine, Ms Baron says, but even if international interest continues to surge, Alberta would probably check future international-enrolment growth.”

Aside from any such strategic enrolment management goals, other institutions are constrained by funding or other capacity limits in the number of students that they can accept, and especially so at the postgraduate level. Times Higher Education points to one such example at the University of Toronto in another recent item: the university saw its international postgraduate applications increase by 25% this year, but funding limits are such that only about one in 15 could be admitted.

“The thing that limits us is funding for students,” Vice-President, International Ted Sargent said to THE. “We could bring so much additional brilliant talent to Toronto and Ontario and Canada if we could get past these funding limitations.”

As the Toronto example illustrates, for some institutions or programmes a large increase in applications does not translate directly to a large bump in enrolment. Rather, it contributes to a more selective admissions process that sees offers of admission going to only a top tier of students, and/or to students that can contribute to diversification goals on campus.

This entry was posted in Canada, Higher Education, Most Popular, North America, Regions.