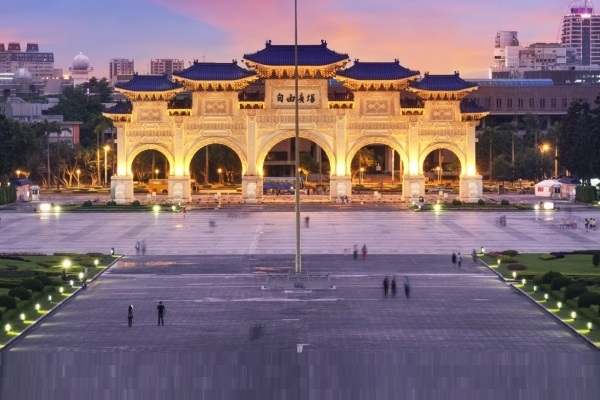 Taiwan has announced plans to increase its international student numbers by 30,000 with a goal to host 58,000 foreign students by 2019. This will more than double the current enrolment of 28,000, and it reflects a number of important internationalisation strategies for the country as well as some notable shifts in its demographics and education system.

The new target was announced by Minister of Education Pan Wen-chung at a recent meeting of the Education and Culture Committee. Mr Pan noted as well that the ministry has set aside NT$1 billion (US$32 million) in support of this goal – funds that will be used to support a variety of initiatives, including training trade specialists and establishing new bilateral exchange links.

The strategy has also taken shape in the context of a broader national initiative for Taiwan: the “New Southbound Policy”. Launched on 5 September 2016, the southbound policy aims to make Taiwan less reliant on Mainland China and to strengthen ties with 18 designated markets in Southeast Asia, South Asia, and Australasia.

As far as the country’s education goals go, the focus is squarely on India and ASEAN markets. This makes Taiwan only the latest Asian destination, along with China and Japan, that is now sharpening its recruitment efforts in Southeast Asia.

The New Southbound Policy will see Taiwan’s Ministry of Economic Affairs open additional trade offices in India, Indonesia, Myanmar, and Thailand. The Ministry of Education will also reportedly further support the expansion of operations offshore by helping ten Taiwanese universities to set up programmes or branch campuses throughout Southeast Asia, including in the Philippines, Myanmar, and Singapore.

Mr Pan added that connecting with Indian or ASEAN alumni of Taiwanese universities will be an important part of Taiwan’s expanded international recruitment effort. He indicated as well that the ministry will work with local universities to further develop curricula and new programme offerings to better match the needs and preferences of foreign students. Finally, the Minister explained that Taipei will be promoted as a key, attractive student destination in Taiwan and a hub for Mandarin language learning.

In related developments, the Ministry of Education has supported some high-profile missions within the region in recent months, including a delegation to Malaysia. It has also hosted a Taiwan-Indonesia Higher Education Summit that saw more than 200 university and government representatives from the two countries gather in Taiwan.

In an early indication of what may be a strategy to strengthen bilateral ties with priority markets, Ministry of Education officials also announced during the summit that application procedures have now been streamlined for government-supported Indonesian students intending to study in Taiwan.

The trouble with looking away

The introduction of the New Southbound Policy follows the January 2016 election of President Tsai Ing-wen, leader of Taiwan’s independence-minded Democratic Progressive Party. Tensions between Taiwan and Mainland China have mounted in the months since, with Beijing moving to suspend all official talks and to also block Taiwanese officials from participating in international meetings.

“Voters put Tsai into office partly because she had promised to protect Taiwan’s autonomy from China rather than co-mingle it,” observes a recent item in Forbes.

One of the more immediate impacts of cooling relations with the Mainland has been the cancellation of several air routes and significant cuts in the number of Chinese travel passes to Taiwan. By May of this year, year-over-year arrivals of Chinese travellers to Taiwan were down by 15% and have now reportedly declined by as much as 30% or more.

Just as slowing tourism trade from China is pressuring Taiwan’s economy, a shrinking pool of college-aged students is having a similar effect on the nation’s universities.

New higher education enrolment dropped to 250,000 students in 2015/16 from 270,000 the year before, and the enrolment base is projected to continue to shrink through 2019 with significant year-over-year reductions throughout.

As we reported earlier this year, “Taiwan now has more universities than it needs. Last year, the Ministry has announced plans to merge or close up to 52 institutions, and the first such moves are already underway.”

All of these factors are likely to sharpen the country’s focus on building stronger trade, academic, and recruitment ties to key markets in Southeast and South Asia, and, in the process, to further increase regional and international competition for Asia’s internationally mobile students.

This entry was posted in Asia, Regions, Taiwan.