Reports have been swirling in recent weeks of a further immigration crackdown in the UK. Immigration remains a hot political question in British politics. And, in the wake of the 23 June “Brexit” referendum on European Union membership, Prime Minister Theresa May has reinforced her government’s commitment to reduce net migration to the UK to 100,000 people per year, from current levels of roughly 330,000 annually. 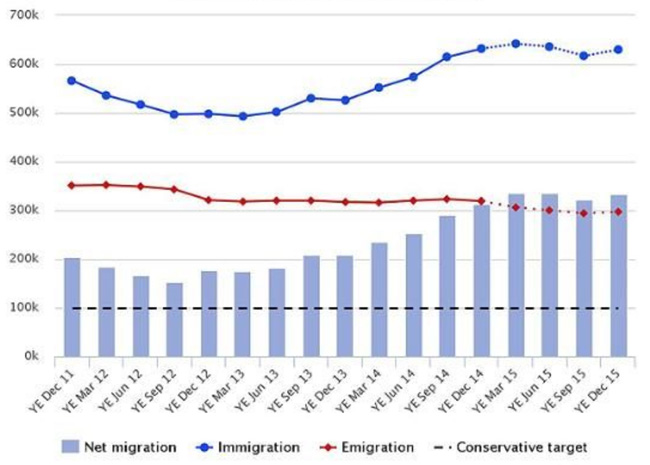 Various media reports throughout July had indicated that further scrutiny of current visa policies was on the way. Prime Minister May reportedly remains committed to tighter visa controls, and to the view that the country’s higher education institutions have become a route into the UK for economic migrants.

The debate as to whether international students should even be included in net migration targets has rolled on for some time now. As recently as last December, it seemed like Ms May’s drive to curb international student numbers might have been countered by more moderate views in cabinet, including then-Prime Minister David Cameron and then-Chancellor of the Exchequer George Osborne.

Writing in December 2015, Nick Timothy, a close aide and advisor for Ms May, said, “The generosity of our student visa rules alone make the net migration target almost impossible to achieve…It is well known that the Home Office would like to reform the student visa system further, reduce the number of work permits issued to foreign workers, change the way the asylum system works, and win greater control of immigration from other EU countries. But many of these changes have been blocked already or will be blocked by other government departments.”

The Brexit vote in June, however, saw Mr Cameron’s departure, Ms May’s elevation to Prime Minister, and the subsequent dismissal of Mr Osborne. Further, the responsibility for universities has since moved under a revamped Department of Education, under a new Minister, and staunch May ally, Justine Greening.

The speculation around further visa changes came to a head in late-August when government sources confirmed that the Prime Minister has directed Home Secretary Amber Rudd to prepare a set of new measures to tighten controls across all visa classes. The Home Office has claimed in the past that as many as one in five foreign students overstays their visas currently, and continues to live in Britain after the conclusion of their studies.

Early speculation has it that among the options under consideration with respect to student visas are:

“International students clearly shouldn’t be part of the conversation about migration. They benefit our universities and economy, and they don’t generally hang about if they can’t find gainful employment afterwards,” adds Study Group’s Managing Director for UK and Europe, James Pitman.

Writing recently in The Guardian, he said, “The visa system should be rigorous, but not punishing, and must be guided by best practice elsewhere. Students should be free to undertake work alongside their studies and given time to fill valuable roles in industry after graduation…Above all, both EU and international students should be treated as any other contributors to our expansive, multicultural society. With the institutions and resources we have, we should be leading this market, not lagging behind.”

A June 2016 study from Parthenon-EY further expands the debate by trying to put a price tag on the UK’s declining market share in recent years, a decline that can largely be traced to the tightening of visa controls and other more restrictive policies introduced over the last five years.

The relationship between international enrolment in the UK and recent policy changes. Source: Parthenon-EY

“The decline in the UK’s market share and its failure to maintain growth at or above the global rate has generated a considerable loss in local revenue and jobs,” conclude the study’s authors. “Whilst the sector has cumulatively lost £1.1 billion so far (US$1.5 billion) from the decline in student numbers, it is estimated that the cumulative opportunity cost will rise to almost £8 billion by 2016/17 (US$10.6 billion).”

The report calls for improved data and analysis on international student enrolment in the UK, and on the progression of students among various levels of study. It argues as well for a more sophisticated student visa system that enables smooth transitions for students within the British education system and incorporates a strengthened risk assessment regime for institutional sponsors.

For additional background on recent enrolment trends in the UK, please see: