US and UK losing market share to regional destinations 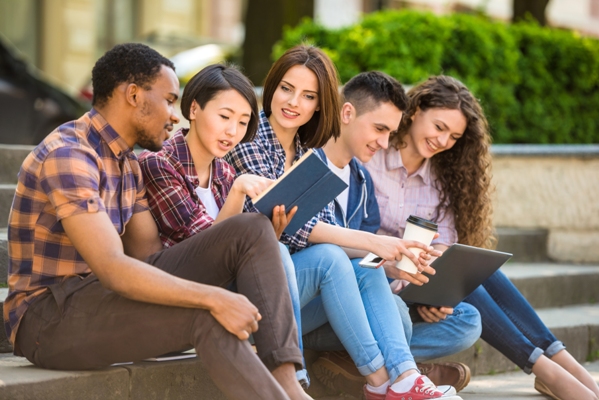 A recent British Council study predicts that China will remain the number one sender of international students to other countries in 2025, followed by India. Also at that ten-year mark, however, India will have the largest number of 18–22-year-olds poised to enter higher education – 119 million (an increase of 3.9 million students over 2012) – and China will have the second largest at 80 million (down from more than 115 million in 2012).

These are just some of the projections included in the British Council’s The Shape of International Education to 2025, which relies on demographic and economic data from the United Nations and the Organisation for Economic Cooperation and Development (OECD). The report was produced in collaboration with Oxford Economics and released in December of 2015.

In addition to its forecasts regarding sending markets for study abroad, the study also looked at destination countries, and found that the current trend of the UK and US losing market share to other destinations is likely to continue. By some estimates, the US has seen its share of internationally mobile students fall from about 28% in 2001 to 22% in 2014. It remains, however, the clear global leader among study destinations, and the number of international students in American schools has climbed steadily over this same period. In fact, the US recorded its largest year-over-year enrolment growth in 35 years in 2014/15. The change in market share, therefore, says more about underlying market conditions – particularly the emergence of alternate destinations.

The UK has held a steady share of the global student market over the last 15 years – roughly 11% between 2001 and 2014 – but this has come under pressure recently as the number of foreign students in the UK has plateaued and even declined as restrictive immigration policies have negatively affected international students. A weaker competitive position for Britain may prompt a further transfer of market share to alternate destinations, particularly given some of the recent movement of emerging market currencies against the British pound.

All in all, the picture is of a more complex marketplace that will continue to take shape over the next decade. The Shape of International Education to 2025 notes:

“Beyond the traditional picture of origin and destination countries, however, there is a new, growing and changing landscape of mobility and international education. As transnational models and digital technologies continue to transform and emerge and as students start to show interest in credit mobility and unbundled options for education, international education is increasingly more complex and challenging to predict. What we do know is that, beyond our forecasts, it is important for institutions and traditional host destinations to diversify strategies to not only account for the countries rich with both income and students, but also those that are developing their own economies and education strategies for future prosperity.”

Demographics (especially the size of the youth population) and household income have traditionally been key determinants of student flows from one country to others because:

These factors have been important drivers of the massive outflows in recent years of students from Asia and secondarily, Africa, to leading destinations, such as the US, the UK, Australia, Canada, New Zealand, Germany, and France. But the global market is evolving and it becomes clear that other factors are now exerting a greater influence on student mobility as well.

First, there has been an expansion of domestic higher education capacity and quality in some key “sending” markets, especially in Asia. This is one of the reasons China now joins the traditional destination markets in terms of global share for international students, and why Asian students have more opportunities than ever to stay closer to home to study. As of 2014, IIE’s Project Atlas initiative ranks the top study destinations in the world, in terms of global market share of students, to be United States (22%), United Kingdom (11%), China (8%), Germany (7%), France (7%), Australia (6%), and Canada (6%).

“All else being equal, students from countries with local provision that does not meet demand in terms of quantity and/or quality study abroad in higher percentages,” notes the report. “[However,] domestic provision of high quality education is increasing in emerging destination markets, so students from those countries will increasingly choose to stay for tertiary education, but international students will be attracted to those destinations; this leads to an inevitable shift in global market shares of international students.”

Therefore, according to British Council predictions, China may remain the top sender of students to other countries in 2025 but it will likely also receive more international students than it ever has by that point if the current trend continues. Chinese institutions hosted nearly 380,000 foreign students in 2014, most from within Asia, and the government has established a goal of attracting 500,000 international students by 2020.

The second factor now affecting student mobility flows is that there have been significant shifts in global economic influence, and as economic power goes, so goes student mobility. A 2015 PricewaterhouseCoopers (PwC) report, The World in 2050: Will the shift in global economic power continue?, estimates that, in just a few decades, the world will be very different in terms of the global ranking of national economies and the major drivers of economic growth. It notes that China overtook the US in 2014 to become the world’s largest economy in purchasing power parity (PPP) terms (a measure of GDP that adjusts for differences in price levels across countries), and that China is projected to surpass the US’s GDP in market exchange rate terms (MER; a GDP value with no adjustment for different price levels) by 2028.

Other notable projections from PwC include:

Indeed, The Shape of International Education to 2025 finds that short-term economic growth will be driven not only by China but also Indonesia, Malaysia, Philippines, Thailand and Vietnam, as well as Sub-Saharan Africa and the Middle East, North Africa, Afghanistan, and Pakistan.

Such income growth, particularly as it relates to the expansion of the middle class in emerging markets, has been shown to be a major driver of demand for education. The report points out that, “The most rapid expansion in the middle class is being witnessed in Asia, and specifically in China, India, Indonesia, Vietnam, Thailand, and Malaysia. In fact, by 2030, Ernst and Young projects that two of every three middle class people will be from Asia Pacific and that one billion people in China will qualify as middle class. This is staggering compared to other countries, including the fast-developing India, which is projected to house 200 million middle class citizens by 2020… As of 2009, just 23% of global middle class spending came from Asia, but this is projected to grow to 59% in 2030.”

Asia and Africa will continue to be home to massive student-aged populations over the next ten years and beyond, and forecasts for 18-to-22-year-old populations in key markets include the following:

The US, Pakistan, Brazil, Bangladesh, Ethiopia, and the Philippines are also projected to house large student-aged populations in 2025. And Africa’s youth population is forecast to surpass Asia’s by 2078.

Some countries, meanwhile, will see their youth populations on the wane, for example: Russia, South Korea, Germany, Italy, and Japan. We might expect to see continuing or expanding international recruitment efforts by these nations as they seek to offset domestic enrolment declines with greater numbers of international students. Such efforts would further the patterns of a more widely distributed market share among traditional and emerging study destinations, and increased intra-regional student mobility in particular.