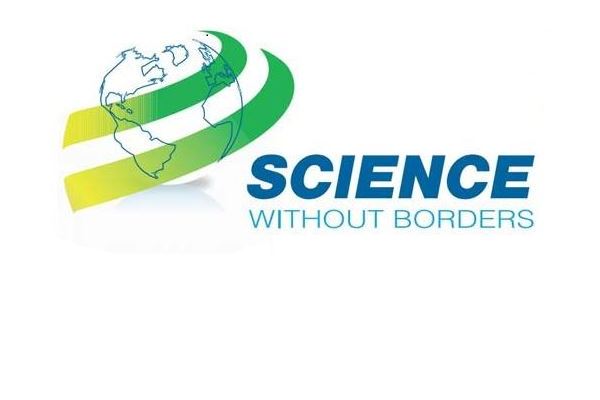 Brazilian president Dilma Rousseff has announced a major extension of Brazil’s ambitious Science Without Borders programme (Ciência sem Fronteiras, or CsF – also known as the Brazil Scientific Mobility Undergraduate Program). First launched in 2011, CsF is on track to provide 100,000 scholarships for undergraduate and graduate students over three years. The new phase announced last week by President Rousseff will begin in 2015, with the goal of supporting a further 100,000 scholarships for study abroad for Brazilian university students.

CsF is a large-scale scholarship programme with the goal to “promote the consolidation and expansion of science, technology and innovation in Brazil by means of international exchange and mobility.” The programme is a joint effort of the Ministry of Education and the Ministry of Science and Technology. The bulk of its 3 billion reais (US$1.36 billion) phase one budget has been supported by public funds, with roughly a quarter contributed by the private sector.

Host institutions are found in 43 countries, including Australia, China, India, Japan, New Zealand, Russia, South Korea, and Spain. However, the following countries have received the largest share of CsF students to date:

In addition to providing for Brazilian students to study abroad, the programme also aims, through its Special Visiting Researcher component, to attract senior researchers “to perform joint projects with research groups in Brazil and to work in the country for up to three months every year during two to three years.”

“Science without Borders is a programme created to generate an innovation policy in Brazil,” the President said. “We have already granted 83,200 scholarships and will reach the goal of 101,000 by September this year. Therefore, we designed this new phase by offering scholarships to all Brazilian students who can qualify after a language proficiency process.”

As has been the case in the first phase from 2011-2014, the programme will remain focused on STEM fields (Science, Technology, Engineering, and Maths) from 2015 on. Eligible fields range from Engineering and Physical Sciences to Health Sciences, Computing Science, Aerospace, Energy, Mining, Agriculture, and Biotechnology.

The Minister of Education, José Henrique Paim, who was also at the extension announcement, highlighted the programme’s importance in internationalising Brazilian higher education. He added, “Since its implementation, 52% [of CsF scholarships] were awarded for maths, science, agricultural and engineering fields.”

The scholarships provide for up to 12 months of study abroad for undergraduates, including an internship component, and the students are expected to return to Brazil to complete their degrees. “These scholarships have an important role for undergraduate students,” explained President Rousseff. “They return to Brazil with new perspectives and a very significant experience of the teacher-student relationship.”

Additional details on post-2014 programme implementation are still to come. For the moment, President Rousseff indicated that the new phase will prioritise students who have won awards in national Brazilian math, physics and chemistry competitions. There will be an added focus on graduate students, in particular CsF alumni seeking graduate scholarships. There is also increased interest in Asia, specifically Korea, China and Japan and a desire to grow the numbers there.

A national plan for innovation

CsF is part of a broader pattern of investments in STEM innovation in Brazil. On the same day as the extension of CsF was announced, President Rousseff also signed a decree to establish the National Programme of Knowledge Platforms (Programa Nacional de Plataformas do Conhecimento, or PNPC).

The Minister of Science, Technology and Innovation, Clelio Campolina Diniz, attended the signing ceremony and framed the programme’s goals: “In a decade, up to 20 public-private arrangements will be known as platforms to generate knowledge, products and processes with a high impact on [science and technology innovation] and consequently, on the lives of people and the country.”

To formulate the PNPC, the federal government is taking a global perspective: “We try to follow the most consistent policies, such as technological megaprojects in China, European technology platforms, innovation hubs, the intensity of the race to take on a global leadership position, to face Asian competition, and the new scientific policy of the United States which is aimed at safeguarding the American economy.”

And a national education plan beginning in the K-12 sector

The CsF and PNPC announcements occurred last month against the backdrop of much larger and more comprehensive investments in strengthening and expanding Brazil’s education system. On 3 June 2014, the Brazilian Chamber of Deputies approved a National Education Plan (Plano Nacional de Educação, or PNE). In development for nearly four years, the plan targets 20 priority areas and will significantly increase Brazil’s investment in education going forward.

The news agency Agência Brasil reports that the PNE establishes a minimum target investment of 7% of the Gross Domestic Product (GDP) by 2019 and 10% of GDP by 2024 – this compares to current spending equivalent to 6.4% of GDP, according to the Ministry of Education.

According to the Plan, in the next ten years 20 goals will have to be met, including universal access to education for children from ages four till nine, eradicating illiteracy, increasing the enrolment rate in secondary education to 85% and higher education to 33% of the total population, greater integration and enrolment in vocational studies, opening up more spaces in higher education, increasing postgraduate enrolment, and improving teacher training.

The PNE is due to be signed by President Rousseff, after which states and municipalities will have a year to develop their own education plans based on the national plan.