Canada – increasingly popular among international students considering study abroad destinations – showed its commitment to seeing its education systems promoted well and accurately across the world this weekend in Berlin. Foreign Affairs and International Trade Canada (DFAIT), in cooperation with the Canadian Consortium for International Education Marketing (CCIEM) and ICEF launched the Canada Course for Education Agents during a reception at the Canadian Embassy held just before the ICEF Berlin Workshop. 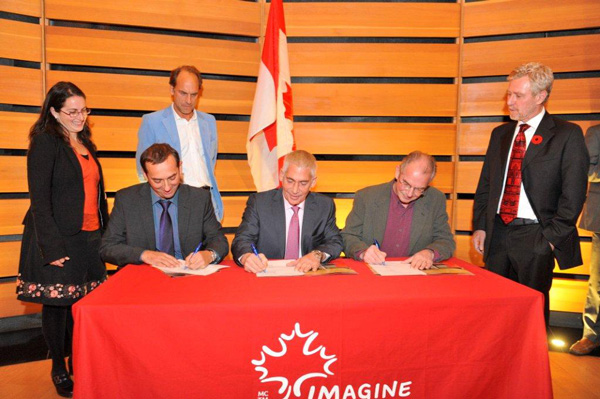 The course is an unique new online professional development programme for agents that includes information on:

The Canada Course was launched just as the 2012 ICEF i-graduate Agent Barometer Study released its finding that – according to 1000+ agents from 107 nationalities – Canada is now as attractive as the UK, and in second place behind only the US, among study abroad destinations. In addition, the Canada Course becomes available at a time when:

“The Canada Course represents excellent international cooperation between the Canadian government, key education stakeholders in Canada, and ICEF,” Markus Badde, CEO of ICEF, said at the ceremony. “We were all extremely committed to developing good content that would further education agents’ ability to accurately and professionally represent Canada as a study destination to international students.”

Gonzalo Peralta, executive director of Languages Canada, and representing the CCIEM, said,  “With more and more international students both interested in studying in Canada and using education agents to assist them in their plans, we felt it was urgent to provide a course like this that gathers current and relevant information about Canadian education in one place. Ultimately, this is about protecting students and Canadian educators by supporting and encouraging the use of qualified education agencies.”

The Canada Course is now open to agents around the world focusing on Canada as a study abroad destination; it is available at www.canadacourse.ca and is offered free of charge.

Agents who complete the Canada Course will be able to take a corresponding examination (details will soon be announced); those who successfully pass the exam will benefit from recognition via an online posting of successful exam-takers on the ICEF site; students, Canadian education institutions, governments, and researchers across the world will be able to consult this online posting.

Canada has seen considerable growth in its international education sector over the past several years, reflected in statistics such as these:

Georgina Galloway of Foreign Affairs and International Trade, Canada, commented: “The Canada Course is an important tool to ensure agents have access to comprehensive, current, and accurate information that will ultimately help students when they are researching their study options in Canada.”

For more information on the Canada Course, please visit the programme website or write to training@icef.com.

This entry was posted in Agents, Canada, North America.