New Zealand has taken new steps to boost the country’s work abroad sector and entice international students to its shores.

New work rights for English language students have been given in a boost to the Canterbury region’s export education sector, and the country has signed an agreement with Vietnam to offer a bilateral working holiday scheme. 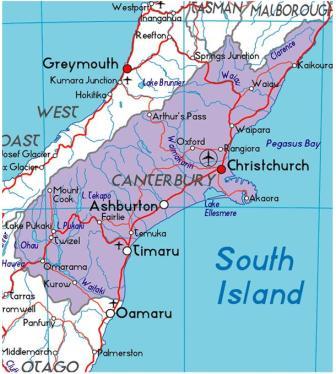 Students will be eligible to work 20 hours per week provided they are studying an English language programme of at least 14 weeks’ duration or a Level 4 Foundation Certificate of one academic year’s duration.

At the moment part-time work eligibility for English Language students is limited to those who already have a reasonable level of English and are enroled in programmes of at least six months.

“Foreign students are an important industry for Canterbury, but numbers have taken a hit since the major earthquakes,” says Mr Guy.

The trial will come into effect on 27 August 2012 and will be run and closely monitored for 18 months.

With a decline of 37% in international student numbers, the impact of the Christchurch earthquakes has been significant. However, progress is well underway with action plans and funding of NZ$5 million over the next four years to support sustainable growth.

“The sector has told us that eligibility for work rights will help attract students, and is a practical way in which we can help in the rebuild of Canterbury,” Mr Guy says.

“This trial will help to boost student numbers, and have flow-on effects for the wider economy by attracting more people to live, work and spend in the region.”

The New Zealand Embassy and the Ministry of Labour, Invalids and Social Affairs have entered a bilateral arrangement to establish a Working Holiday Scheme – Vietnam’s first such scheme with any other country – as of 31 July 2012.

According to the embassy in Vietnam, the arrangement will open up valuable opportunities each year for up to 100 young people from each country to holiday in the other country for up to 12 months to gain exposure to foreign languages, cultures and values.

Young people aged 18-30 will also be allowed to take up temporary employment to supplement their travel funds and enrol in short-term training or study courses.

The launch of the scheme further boosts the recent strong growth in the relationship between New Zealand and Vietnam. It is expected that the scheme will contribute to bilateral linkages in areas such as tourism and education.

In recent years, the Kiwis have been crafting a powerful cocktail of education, tourism, work abroad and volunteering abroad in order to generate revenue for the nation and bolster its reputation.

And Tourism Industry Association’s chief executive Martin Snedden is encouraging industry players to “think different” and come up with new ways to grow the visitor economy and address long-standing challenges. New Zealand has particular plans to grow tourism arrivals from India and China – both powerhouse countries in the education sector as well. At present, tourism contributes NZ$63 million a day to New Zealand’s economy and provides 90,000+ jobs.

International education is now New Zealand’s fifth biggest export, worth NZ$2.7 billion in 2010/2011. The government wants to double the sector’s economic value in the next 15 years; 2011 results show that they are on track to meet targets.

Education New Zealand has produced a Statement of Intent that provides a clear overview of the industry and how it plans to achieve its 2025 targets.

Recovery in the Canterbury region has been the first and most immediate goal. Additional efforts will focus on marketing and branding, building offshore education exports, and collaboration and partnership with all industry participants as well as government entities and agencies. Furthermore, the country has now made public National Standards data, which is being reported for the first time this year.

In New Zealand, 878 education institutions are involved in the international education industry. It’s a wide and varied industry, encompassing universities, institutes of technology, private training establishments, including specialist English language providers, and schools. It also includes providers of education and consultancy services and products, both at home and abroad. 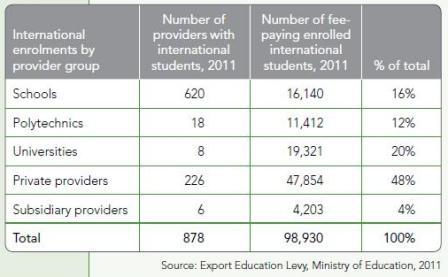 However, the Kiwis do have their work cut out for them.

Economic uncertainty and a high New Zealand dollar make progress more difficult, as does increased competition in some markets from both traditional competitors and new ones. Singapore and Malaysia are seeking to grow international student earnings, and in Europe, the Netherlands and Scandinavian countries are also promoting themselves as English language study destinations.

In addition, recent reports of visa scandals and exploitation of students working on fruits farms taint the rosy picture New Zealand is often associated with.