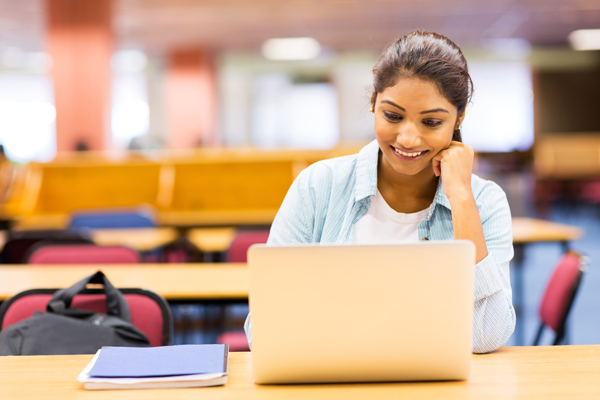 Two recent reports from QS combine for some valuable insights on the perspective of Indian students on study abroad. Both draw on a combination of surveys, focus groups, and individual interviews conducted during the QS World Grad School Tour 2017, and include participants from several cities throughout the country, including Mumbai, Pune, New Delhi, Bangalore, Hyderabad, and Chennai.

The first report, Indian Applicants: Ambition, Competition and Fight for Employment, underscores the importance of employability in the decision making of Indian students, but also the intense competition for the best career opportunities in the rapidly expanding Indian economy.

As QS points out, however, this important motivation is also linked to, “a widespread feeling that there is an entrenched lack of equal opportunities in India, particularly in relation to employment. For this reason, participants across the country claim they are seeking international higher education to access the labor market of study destinations elsewhere…For some students, this means settling permanently in a new country, whilst others believe gaining an international qualification will give them a competitive edge in India upon return.”

One survey respondent, an applicant for finance studies from Delhi, put it plainly, “My main aim and inspiration going into international study is that we will be getting better job opportunities and global recognition. In India there exist hierarchies in terms of employment opportunities and a degree from abroad will help to push these boundaries as we will get more recognised.”

Any such inequities are also clearly exacerbated by the intense competition in India’s labour market. For many students, going abroad is a way to step around the bottleneck of the country’s 1.3 billion-strong population and to build professional experience in economies that are perceived to provide better access to opportunities – “where the population is thinner, and the jobs are more,” as one applicant put it.

This intense competition shows in another important characteristic of the market in that, relative to other major source countries, students from India show a strong demand for multiple degrees. Applicants see graduate studies as an opportunity to specialise in their chosen fields and to further distinguish themselves in a challenging job market. As QS puts it, “Tied to the emphasis on specialisation among Indian applicants, is a sense that employers will prioritise someone who has a more in-depth subject knowledge. Prospective master’s in biological sciences student, Reysham in Bangalore, highlights this exact issue: ‘I want to do my master’s because I feel like in my Bachelor of Science, we never really specialised in anything. My master’s will allow me to become an expert in my field.’”

These overarching considerations are further highlighted in the following chart, which reflects how the QS respondents rated the most important factors in their selection of a university abroad. Career supports rank second in the table, after only affordability, a finding that marks career services as a clear area of demand among Indian prospects and perhaps an area of competition differentiation for foreign institutions with genuine strengths in this area.

Most important factors for Indian applicants when selecting a university abroad. Source: QS

It is clear as well that Indian students have a very broad concept of career supports, including links between academic programmes and employers (e.g., as reflected in curriculum but also through mentor and guest lecturer initiatives), internships, and more conventional career guidance and employment readiness services.

These findings also connect to the importance of post-study work opportunities for Indian applicants, and explain why countries that restrict access to work visas for foreign graduates almost instantly become less attractive to Indian students. This reflects as well that destinations that open up post-study work access (Canada being a notable example of this over the last few years) can see their Indian students numbers grow very quickly.

Another QS respondent, a doctoral candidate from Chennai, explains the uncertainty that changing political tides create for applicants: “The UK… only gives a stay back period of four months and, after Brexit, rumours are spreading that international candidates will not be getting opportunities like home students. It’s not in your hand, once you choose and you go there, the next day visa rules change again. So, I would rather choose a country that is safe, with good stay-back options, for example Canada, where they are welcoming immigrants.”

While some will pursue those opportunities to immigrate after their students, others intend to take their international qualifications and work experience back to India in the hopes of setting themselves apart in the intense competition at home. Reflecting in part the rapid growth of the Indian economy, a significant proportion – better than one in five in most cities in the QS survey – intend to open their own businesses after studies abroad.

This observation is reinforced by a second QS report based on the company’s recent Indian surveys and interviews: Indian Applicants: Focus on STEM Subjects and Academic Freedom. It points out that Indian students’ overwhelming interest in business studies and STEM fields is based in part on a desire to help build the Indian economy. As one graduate student in engineering noted in his interview, “Electrical engineering in India is good but it is not as high as in Japan, so that’s the reason why I chose Japan and that’s the reason why I want to study there. I want to know the people, culture and the technology over there and I would love to come back to India and implement (my knowledge). India has given a lot to me so; however, it is possible, I am planning to pay back.”

This entry was posted in Asia, India, Most Popular, Regions, Research.