Checking in on Turkish outbound

By just about any measure, it has been a turbulent year in Turkey. Recep Tayyip Erdogan was re-elected as president in June, and is now expected to further concentrate political power and decision making within the president’s office. Mr Erdogan’s Justice and Development Party lost its previous parliamentary majority in the June elections and so now the president will govern via a new coalition arrangement with the right-wing Nationalist Action Party. Many observers outside the country predict a weakening of human rights and democratic conventions within Turkey as a result.

Reflecting in part some of the political uncertainty of the past year, the Turkish currency, the lira, has had a challenging time through much of 2018. It depreciated sharply over the past several months and only recently has begun to show signs of greater stability.

Any such political or economic headwinds can be enough to raise questions in the minds of international recruiters about the viability of the Turkish market in the near to medium-term. But a recent market update shows that demand for study abroad remains strong, and with an improving outlook into 2019.

Eren Göker is the manager of GKR Educational Counselling in Istanbul and also the president of UED (The Association of International Education Counselors Turkey). Speaking at ICEF Berlin last week, Mr Göker highlighted some of the persistent demand factors in Turkey that continue to drive student interest in study abroad.

First and foremost, Turkey continues to face a critical shortage of university spaces. Nearly two million Turkish students qualified for university admission in 2018, but only about one in four (just over 471,000) found a place with a university in Turkey. Roughly 80% of those were enrolled with public institutions, and the balance in private universities where tuitions can range between US$9,000 and US$20,000 (albeit with some scholarships support available as well).

This is one of the most important factors behind the large number of Turkish students who go abroad every year to pursue higher education. The latest UNESCO figures indicate that tertiary outbound has held stable over the last several years – at roughly 45,000–46,000 students abroad annually – even with some political and economic instability.

The US and UK remain the preferred destinations for many of those students, but, reflecting in part some of the price sensitivity in the market in recent years, alternate destinations, such as Bulgaria, Azerbaijan, and Ukraine, have also been attracting greater numbers.

Looking just at the observations of UED members – and drawing on a recent survey of the 250 agencies in the association – Turkish agents report a similar pattern, but with a growing strength for other English-speaking destinations, such as Canada and Australia. 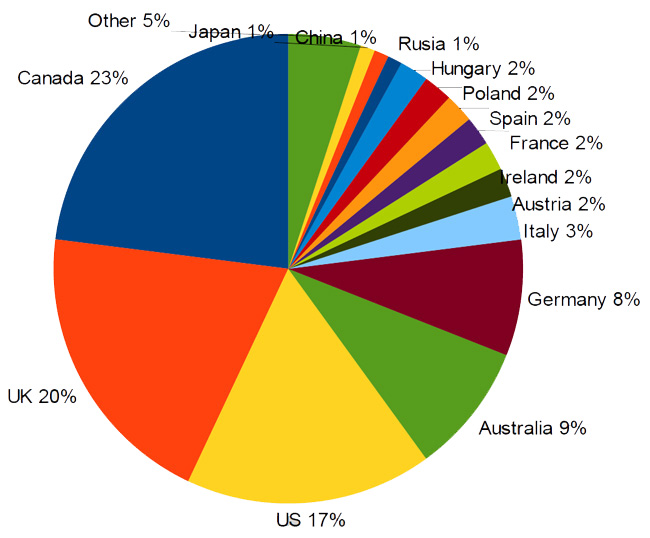 And for those going abroad for higher education, recognition of their foreign degrees by the Turkish government is key. The vast majority (93%) of UED survey respondents said that such accreditation was “very important”. These accreditations are administered by the Turkish Higher Education Council (YÖK). Foreign institutions wishing to affirm or establish their accreditation with YÖK can do so by contacting the national information centre for Turkey directly.

The importance of language travel

As we pointed out last year, demand for foreign degrees is only part of the picture for Turkish outbound. Language travel, and English study in particular, remains a major component of Turkish student mobility, and especially so for students that are supported by education agents.

The latest UED member survey reveals that nearly half of all agent-assisted students went abroad for language study this year, and that six in ten outbound students chose to pursue study abroad in order to improve their career prospects. 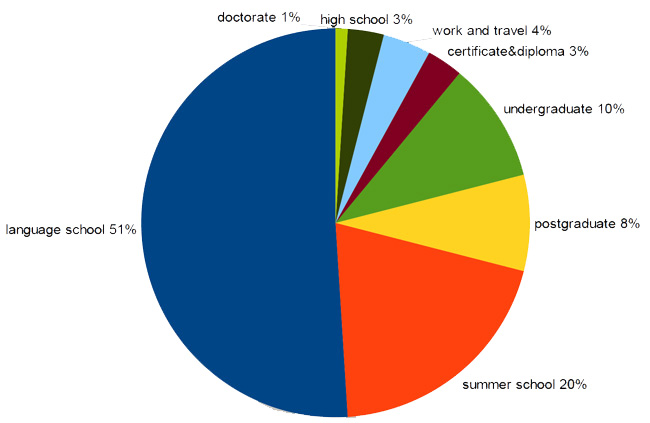 This demand for language study abroad is driven in part by the relative cost of English studies within Turkey. Mr Göker observes that the domestic language teaching sector is characterised by intense competition and persistent quality concerns. “Many students,” he notes, “do not believe they will be able to learn English within Turkey.”

Addressing another key element of outbound mobility – visa acceptance rates – Mr Göker adds that UED members report very high approval rates for most major destinations, ranging from roughly 85% for Canada to high-90% rates for the UK, Germany, Italy, Australia, France, and Ireland. Only the US, with a visa approval rate of 50%, stands out as something of an outlier in this respect.

With the lira in the news so much this year, Mr Göker was also careful to point out that the currency has shown signs of greater stability over the last two months.

The performance of the Turkish lira against the US dollar, British pound, and Euro between September 2017 and November 2018. Source: UED

Mr Göker notes as well that, in large part because of strong underlying demand for study abroad, the effect of those larger swings in currency value this year has been somewhat blunted. Some students simply delayed their plans, he says, and with the currency moving back to more typical trading values this fall, are now moving forward to book programmes abroad for 2019.

“With the increase in the currency exchange rates, our students became more price sensitive. Most of them decided to wait but some focused on countries who are offering lower school fees and living costs, such as Malta and Ireland. But especially over the last month, currency exchange rates became more stable and the students who preferred to “wait and see” have started to contact our agencies again. Therefore, we can say the demand for study abroad is still strong.”