Findings from two recent survey efforts highlight some key aspects of effective agency-educator relationships. In Agent-University Partnerships: The State of the Field and Commission Structure in 2018, the industry consultancy Intead partnered with the American International Recruitment Council (AIRC) to put a pair of surveys in the field, one for universities and another for education agents.

The questions that underpin that survey effort were discussed in a recent webinar, where attendees were invited to consider:

The 163 resulting survey responses from universities lead Intead/AIRC to a few important observations along these lines.

First, universities are more likely to say they are “very satisfied” with their agency partners when they work with a small number of agencies. More than half (55%) of those institutions who said they are “very satisfied” with their agent networks work with ten agencies or less. “Working with a small number of partners may allow for better-developed relationships – in turn, boosting satisfaction,” observes the study report.

Second, there is an apparent linkage between the compensation offered by universities and results. Roughly a quarter of university-respondents to the Intead/AIRC survey said that they offer agents a financial bonus for exceeding enrolment targets. This subset of respondents was in turn much more likely to agree that “agents help increase international enrolment numbers” and “agents send us qualified candidates” than were universities who did not offer any such bonus terms.

We can imagine that this is not strictly a matter of money. The institutions that have more sophisticated compensation schemes in place, including bonus provisions, are also more likely to be universities with more proactive and effective agent engagement strategies.

It has often been said that good personal connections are at the heart of every good educator-agency partnership. And on this point, the study report offers, “Simply put, relationships need to be nurtured…Things go a lot more smoothly if you take the time to talk, show appreciation, keep your promises, and develop trust. Be choosy about which agents you partner with, consistently communicate, pay them fairly and on time, hold them accountable for their realistic estimates and results, and continuously measure your return on investment.”

Overall, the survey finds an overwhelmingly positive view of agents among university respondents. Nearly nine in ten (88%) either agreed or strongly agreed that agents are an effective channel when recruiting in new markets, and three quarters (73%) said the same for markets where the university already has an established presence.

In terms of ongoing challenges cited by educators, 43% of universities agreed or strongly agreed that agency partners have high staff turnover, giving rise to an ongoing training requirement. Just under half (48%) also said that they find it difficult to identify qualified agent partners, and a similar proportion (45%) felt that their institution was not a priority for agents serving a large number of other clients.

The Intead/AIRC study offers a number of recommendations to guide institutions in building and managing agency networks. A second recent survey, meanwhile, offers further insights on the training requirements of education agents.

Australia-based International Education Services operates the PIER platform which delivers agent training courses and provides for counsellor certification and ongoing professional development. IES has a rolling online survey in the field for education agents that has to date gathered 10,000 responses from agencies around the world.

Nearly 85% of those respondents rate training from educators as “very important”. And responding agencies indicated a clear preference for training delivered via self-directed resources online or in-person. 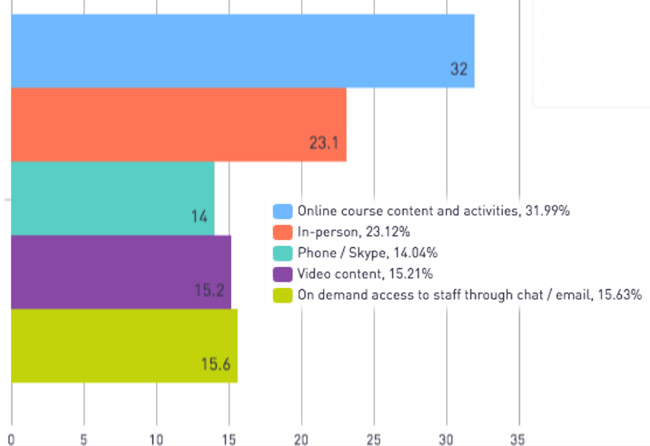 When it comes to subjects of interest, most respondents (40.5%) said that training about the educator’s programmes and services was most valuable. The next most-in-demand training subject was “work opportunities for students”, which was noted by 21.4% of respondents. 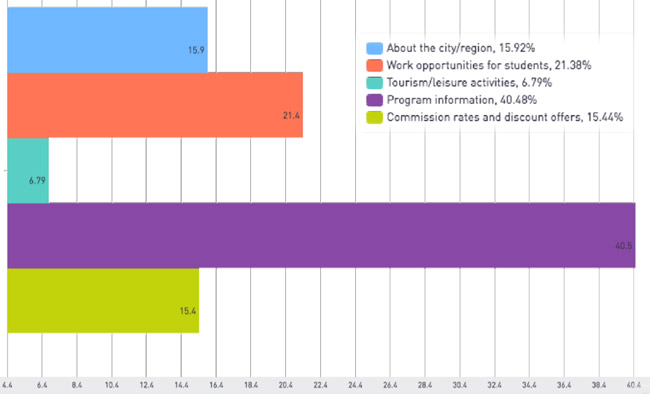