BRIC economies return to growth in 2017 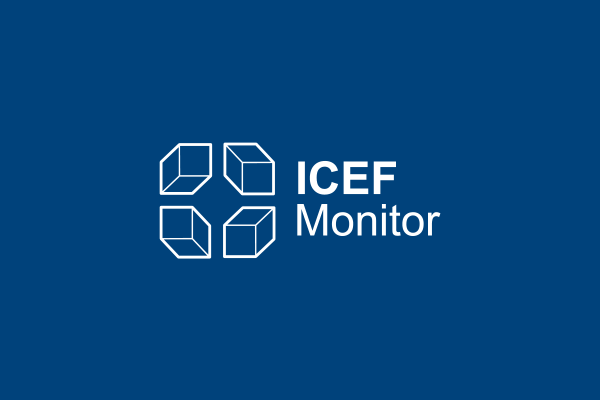 It has been a rocky few years for some of the world’s largest emerging economies. An overall weakness in commodity markets – notably the drop in world oil prices in 2014 – has played a big part, but so too has China’s devaluation of the yuan in 2015 and, more recently, India’s move to demonetise some of its major banknotes in 2016.

This is why a return to growth by some of the largest emerging economies this year is such a significant development. For the first time in nearly three years, the world’s four biggest emerging markets are all growing at the same time. All four of the BRIC nations – Brazil, Russia, India, and China – have registered positive growth, albeit at very different rates, through the first half of 2017 and the indications are for continued growth and recovery across the board for the balance of this year.

Looking ahead, the International Monetary Fund (IMF) further projects positive growth for all four markets through 2021.

As the current-year performance, along with those longer-term forecasts, will suggest, there is a clear distinction to be made within these four economies. Time magazine recently observed, “Roughly speaking, the BRICS can be broken into two groups – those that took advantage of globalisation’s march to integrate themselves into global supply chains (primarily China and India) and those that took advantage of globalisation to sell their abundant natural resources (primarily Brazil and Russia).”

The return to growth for both Brazil and Russia, therefore, has much to do with an ongoing recovery in world commodity prices. Whereas China and India are being buoyed, respectively, by strengthening demand for manufacturing and service exports.

Especially in that context, it is interesting to reflect on how the BRIC countries have lost some of their lustre in recent years, and not just because of the aforementioned speed bumps in commodity markets and fiscal policy. Global expectations for the BRIC group (now BRICS with South Africa having been invited to join in 2010) have often keyed on how quickly they are growing. The truth is that the four countries are expanding at very different rates, and, in the case of Brazil and India, at a pace below what you might expect of a major growth market.

But this focus on year-over-year growth belies the fact that such expansion is only part of the context for the BRIC economies. Another important element, and arguably the more significant aspect going forward, is just how large these markets now loom on the world stage.

Here is just one indicator of their scale: the IMF projects that more than half (54%) of all world GDP growth over the next five years will come from China, the US, and India alone. Overall, the five BRICS economies (including South Africa) will account for nearly 40% of GDP growth through 2021.

The scale and reach of the Chinese economy has of course been very widely documented, but another interesting dimension within the BRIC markets is that India has now begun to outpace China’s annual GDP growth. A recent commentary from Forbes argues that, “China, with its enormous debts, closed capital markets, asset bubbles and increasing communist party interference in the economy [looks] like an entirely different kind of investment prospect than India, with its greater growth potential, favourable demographics, open and pluralist society and reform-minded government. Indeed, apart from both being large economies it’s hard to imagine anyone putting the two economies in the same category anymore.”

This overall growth trajectory will in turn drive some of the key indicators, including income growth and the expansion of the middle class, that play a big role in shaping study abroad demand. “In 1990, China made up 0% of the global middle class; by 2015 it comprised 16%, and another 350 million Chinese people are expected to join by 2030,” notes Time. “Indians went from 1% of the global middle class in 1990 to 8% in 2015, with another 380 million Indians expected to join by 2030.”

The other point that could be made here is that the contribution of the BRICS economies to world growth through 2021 is projected to significantly outstrip that of the G7 economies. This important indicator underscores again the steady but sure shift in global economic and political power that we noted earlier this year.