With international enrolment in the UK essentially flat over the last three years, it is not surprising that UK educators and policymakers alike are placing greater emphasis on transnational education (TNE) going forward.

We first observed this last year when a British Council/UK HE International Unit report noted 13% growth in British TNE enrolment between 2013/14 and 2014/15. Moreover, a survey of UK higher education institutions at the time found that four in five planned to further expand their TNE provision over the next three years.

The latest figures from the Higher Education Statistics Agency (HESA) indicate a further increase in 2015/16 with 673,000 foreign students studying toward a British higher education qualifications in TNE programmes during the year. 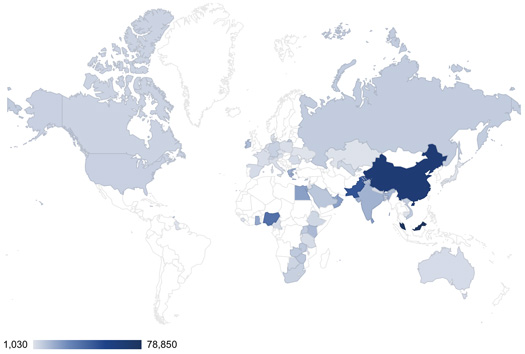 In his remarks at the recent International Higher Education Forum in London, Mark Garnier, Under-Secretary of State at the Department for International Trade (DIT), placed a further emphasis on programming abroad.

“Mr Garnier’s focus was almost exclusively on transnational education – the provision of courses outside an institution’s home country,” reported Times Higher Education. “That approach sidestepped any mention of the Home Office’s policy of toughening the UK’s student visa regime and of continuing to include students within targets to reduce net migration – policies criticised by universities and some in the Conservative Party.”

Mark Garnier, Under-Secretary of State at the Department for International Trade, at the International Higher Education Forum in London.

Looking forward to the government’s stated intention to trigger Article 50 on 29 March, which will mark the beginning of the process of the UK’s departure from the European Union, the Minister said, “Leaving the EU does not mean we are turning our back on the world.”

“Britain may be a small country, but our universities stand tall in the world,” Mr Garnier added. “Many countries with a large school-leaver population are without sufficient higher education in the country to meet demand. This presents a huge export opportunity for our top-class educational institutions…and we look to fill this demand.”

The Minister noted as well that DIT has recently appointed a new higher education specialist to better support British institutions in expanding their programmes abroad.

It appears the government’s growing interest in the field, combined with the stated ambitions of UK institutions to further expand TNE programming, may find a ready audience. Early findings released this month from Hobsons’ International Student Survey 2017 point to a strong interest in British branch campuses among prospective students abroad.

Interestingly, the survey focused exclusively on international students who were already considering studying in the UK. It gathered nearly 1,000 responses from prospective students, EU and non-EU alike, over a 24-hour period in March 2017. Among the key findings:

Hobsons comments on the early survey results: “The findings suggest that many international students who are considering studying in the UK would welcome the option of studying at a UK institution’s branch campus in an EU country, but away from their home country, so that they still benefit from the full experience of international study. However, the research also suggests that a significant number of international students considering studying in the UK would not choose to study at a new branch campus in the EU, suggesting that they would still prefer to learn in the UK.”

“Our findings are an early indication of how EU and international students could react if UK universities open branch campuses in the EU,” adds Hobsons Marketing Director Paul Raybould. “The strategies that universities take to attract international students to the UK, or to new branch campuses overseas, should take into account the different perceptions and motivations of these different groups of students…There is more research to do to uncover the opportunities and challenges presented by Brexit, as the negotiations develop and the UK’s departure is finalised.”