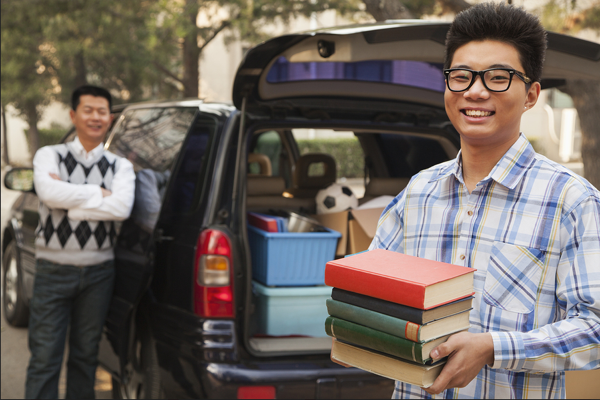 New data from the Chinese Ministry of Education reveals that both the total number of outbound students as well as the number of returnees from study abroad reached record levels in 2015. However, growth has slowed over the last two years and is notably below the average annual growth of recent decades.

This puts the total number of Chinese students who have studied abroad at four million since the start of reforms leading to a great openness in the country in 1978. Nearly all (97%) of those currently abroad are self-funded and the average term of study overseas is just under two years. A related blog post calculates, “Given that 459,800 Chinese left China to study abroad in 2014, the average of students leaving in 2014 and 2015 combined would be (459,800 + 523,700)/2 = 491,750, and based on an average duration of 22 months (more precisely 21.47 months) of studies abroad among the 2015 returnees, this would mean that about 901,542 Chinese students would currently be abroad.”

Observers are watching the Chinese economy closely, as well as the increasing capacity of the Chinese higher education system, to see if the slower growth of the last two years is the beginning of a longer-term trend, or if it might even foreshadow a contraction in the key Chinese market.

As we noted in a 2015 report, “China has been a major driver of the global growth in mobility in recent decades, and it remains the world’s leading source of international students today. No other country sends as many students abroad, and none has had such a dramatic impact on the global marketplace for education.

Yet the Chinese market continues to evolve, and we can only anticipate further change in the years ahead. It has its own elite institutions and, for a growing field of prospective students, names like Tsinghua and Fudan are educational brands to rival the top tier of institutions abroad. The country has also become a major education destination in its own right, particularly for students from within Asia.”

Most, however, expect demand for study abroad to remain strong going forward as foreign degrees remain an excellent calling card with Chinese employers.

A new record for returnees as well

In fact, the Ministry data also indicates that Chinese students abroad are being drawn home in greater numbers, due in part to the strong Chinese economy. A record 409,100 Chinese students returned from overseas last year, bringing the total number of returnees to 2.2 million as of 2015. Xu Peixiang, the deputy director of the Ministry’s Overseas Students’ Support Center, noted that in recent years between 70 and 80% of outbound students return to China after their studies abroad.

At a press conference announcing the report, Qi Mo, head of the Ministry’s Overseas Study Department, noted that returnees are coming home in greater numbers because the domestic job market is more appealing that those overseas.

The press conference to release the 25 March report. Source: Ministry of Education

This may be especially true for students of Business or other non-STEM subjects in the US, for whom opportunities to stay and work are more limited than is the case for graduates of science, technology, or engineering programmes.

A related survey of 25,000 new returnees, or “sea turtles” as they are popularly known indicates that the most popular study destinations remain the US, the UK, Australia, South Korea, and Japan. The US was noted as the most-popular choice for PhD studies among responding returnees, and South Korea for undergraduate studies.

Nearly half of survey respondents intended to work in one of China leading cities – Beijing, Shanghai, Guangzhou and Shenzen – and nearly three in ten (29%) hoped to work in a multinational company. Roughly a third (30%) planned to work in the financial sector, 10% in education, 8% in culture, and 7% in software and IT services. Six in ten returnees tracked in the survey were women and most are between 23 and 33 years old (with an average age of 27).