Scholarships creating a culture of study abroad in Saudi Arabia

Editor’s note: We are updating our video channels and the videos linked below are temporarily unavailable.

Tens of thousands of Saudi students have gone abroad over the past several years with the support of the King Abdullah Scholarship Programme (KASP). The scale and ambition of the programme has been such that Saudi Arabia has become one of the most important sending markets – and certainly one of the fastest-growing – of the past decade.

The KASP programme (also known as the Program of the Custodian of the Two Holy Mosques) began in 2005 with a five-year time limit. In 2007, King Abdullah extended the programme for another two years and in 2009 a further three-year term was granted. In 2012, the news came that KASP would be extended through 2020.

KASP is administered by the Saudi Arabian Cultural Mission (SACM) under the auspices of the Ministry of Education (MOE). Most institutions or schools receiving KASP students will have had regular contact with SACM officials, and may have also been asked to address a variety of programme, service, and reporting requirements in relation to KASP-funded students.

In our first interview segment below, Mr Ayman Abdelhafez of the Sindibad Education Consultancy (SEC) explains that requirements may vary by provider on a case-by-case basis and according to the needs of the students as well as SACM’s goal in ensuring the students’ success in their studies.

As Mr Abdelhafez also notes, these goals may be reflected in very specific requirements from SACM regarding the number of hours of instruction per week and even class schedules.

As you will also hear in the interview, Saudi Arabia’s new monarch, King Salman bin Abdulaziz Al Saud, and his officials are pursuing a number of ambitious projects in the Kingdom. The Ministry of Education has been actively engaged in discussions with other ministries, resulting in agreements to sponsor as many as 55,000 students within KASP in the years ahead. This exceeds the forecast of 40,000 students we noted in a recent report, but extends the approach we described at the time whereby KASP participation will focus on current public-sector employees as well as candidates who have a job offer from a governmental organisation, with the idea that scholarship recipients will have a secure job on their return to Saudi Arabia.

One of the implications of this approach, Mr Abdelhafez says, is that KASP will be selecting more highly qualified students, both in terms of their academic standing but also their English proficiency. “I believe this works better for the country and for the KASP programme also,” he adds.

The other thing that comes through clearly in Mr Abdelhafez’s remarks is the role that KASP has played in invigorating a culture of study abroad in Saudi Arabia:

“The idea of studying abroad has already spread all over the country.”

He continues, “It is very hard to find a house without a person – a girl or boy – who has not [received] a scholarship after high school or after a bachelor degree. Almost every house has a sponsored person. This really created the idea about studying abroad [within Saudi culture].”

“I would say that if tomorrow they closed the scholarship programme, people will still send their children abroad because now the standards in the market have been changed a lot. If you really want to be competitive, if you really want to find a good job, you have to get the skills of good language and open-mindedness and a degree from a respected university.”

This drive to study abroad is also creating a more discriminating Saudi student, one that is looking more closely at the quality and reputation of institutions abroad.

In our second and final interview segment below, Mr Abdelhafez notes that the website of the Ministry of Higher Education is a key stop for Saudi students as they begin to map out options for study at language schools or universities abroad.

For example, the screen shot below shows a sample listing for a university on the ministry website illustrating the type of information provided for each institution or school, including the specific academic programmes at different levels which are open to KASP-funded students (that is, programmes to which students may be admitted and that are not yet “saturated” with other KASP students). 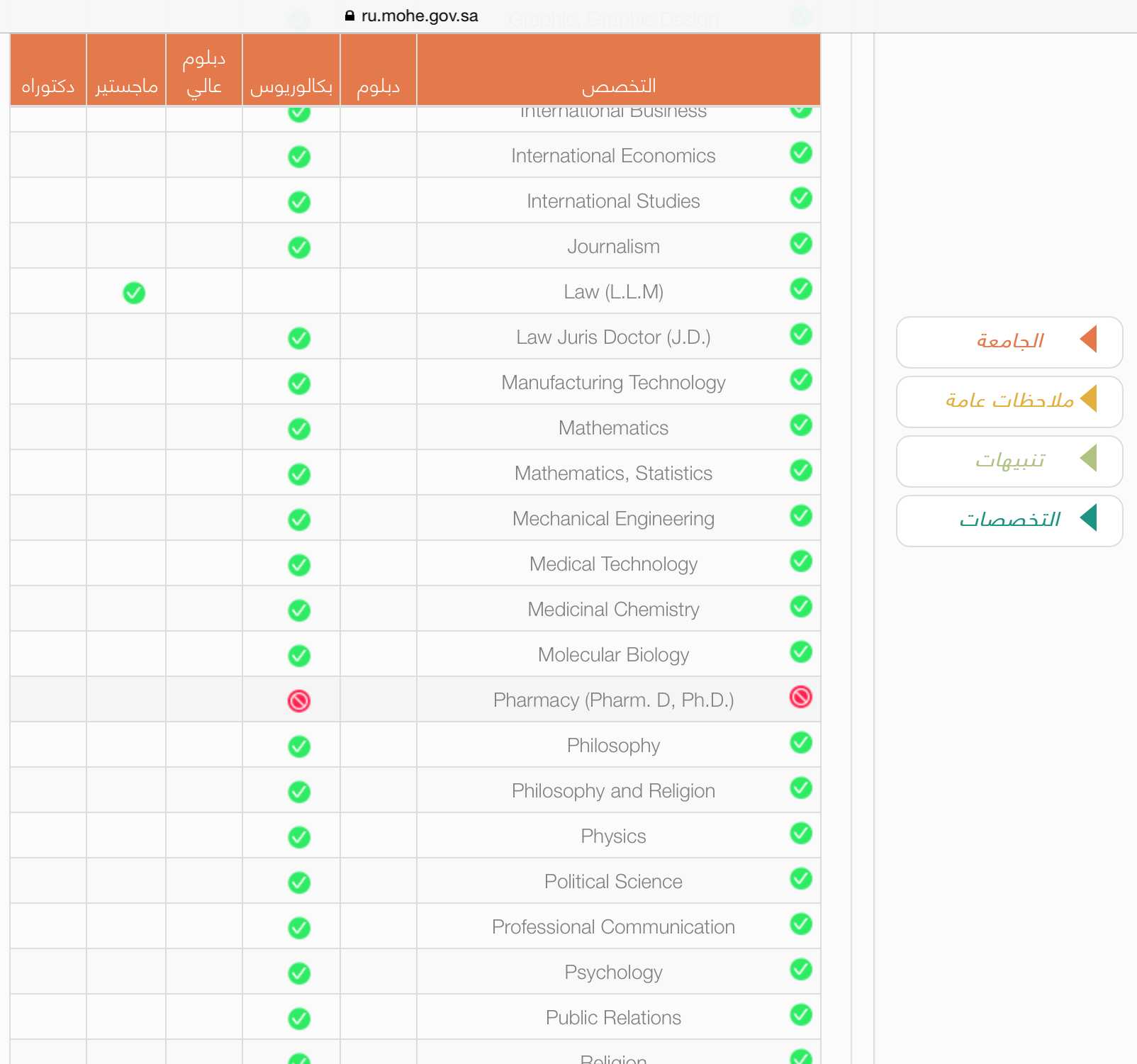 The SACM website for the destination country is another important information source. “If somebody wants to study in the USA, for example, they go to the SACM website and they have a list which is categorised by state and school and [visa status].”

Mr Abdelhafez also highlights the importance of online marketing in Arabic as well as attending the International Exhibition and Conference on Higher Education (IECHE), a key showcase for foreign universities every year in Riyadh. “All of the students from around the country come to the exhibition to meet with university representatives. It is one of the big events and big marketing tools for any university that targets the Saudi market.”

Going forward, Mr Abdelhafez sees a bright future for international education in Saudi Arabia. “I believe Saudi Arabia will continue as a strong market for a long time,” he concludes. “Right now, [SEC has] four offices in Saudi Arabia and we are looking for more to help us handle the stream of students.”