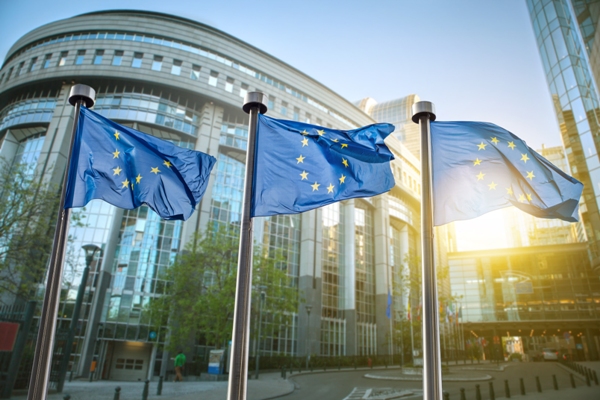 A recent report commissioned by the European Parliament suggests that while European jurisdictions have lead efforts to deepen the internationalisation of higher education in recent decades, more needs to be done to ensure the benefits of internationalisation are shared more equitably among all students, not just those in a position to travel outside their home countries.

While the report’s authors – Hans de Wit and Fiona Hunter from the Centre for International Higher Education (CIHE) at Boston College, Laura Howard of EAIE, and Eva Egron-Polak from IAU – laud decades-long European efforts to coordinate and improve internationalisation efforts among European higher education institutions, most notably through the Erasmus mobility scheme and the Bologna Process, they also call for Europe to further strengthen internationalisation efforts for an increasingly globalised and competitive future.

A number of emerging challenges noted by the authors include:

A recent ICEF Monitor article reporting on a European Association of Universities (EAU) trends study highlights similar concerns, suggesting that ongoing economic instability is in part fuelling a rise in student mobility within Europe, but notes as well that a majority of European universities are committed to internationalisation and have international strategies in place.

Mr de Wit suggested in a recent, related guest post for Inside Higher Ed that further efforts are needed to create internationalisation strategies that improve quality learning outcomes and increase participation rates, rather than focusing on increasing short-term or long-term revenue streams.

“Most national strategies, including within Europe, are still predominantly focused on mobility, short-term and/or long-term economic gains, recruitment and/or training of talented students and scholars, and international reputation and visibility,” he said. “This implies that far greater efforts are still needed to incorporate these approaches into more comprehensive strategies, in which internationalisation of the curriculum and learning outcomes as a means to enhance the quality of education and research, receive more attention.”

The report makes a number of compelling recommendations, many focused on improving the efforts to “internationalise at home” for students not able to travel for international study. An expert panel convened during the study revised Jane Knight’s working definition of internationalisation as “The intentional process of integrating an international, intercultural or global dimension into the purpose, functions and delivery of post-secondary education, in order to enhance the quality of education and research for all students and staff, and to make a meaningful contribution to society.”

For the report’s authors, this definition reflects “the increased awareness that internationalisation has to become more inclusive and less elitist by not focusing predominantly on mobility but more on the curriculum and learning outcomes.” Furthermore, it re-emphasises that “internationalisation is not a goal in itself, but a means to enhance quality, and that it should not focus solely on economic rationale.”

The report makes several recommendations towards this goal, including:

Reaction to the report

A response to the report by Chris Havergal in Times Higher Education echoes calls to improve internationalisation learning outcomes and maintain quality controls. Mr Havergal points to ongoing debates about immigration – in the UK and elsewhere – as well as continuing religious and ethnic tensions as growing factors that underscore both the potential and challenges facing the internationalisation of higher education within Europe.

The report also flags the possibility that certain strategies have the potential to compromise academic values, a tendency Mr de Wit attributes to “increased national and institutional interests and commercialisation driving the agenda for internationalisation.”

To safeguard against this temptation, the report encourages all internationalisation processes to act in line with the IAU’s Affirming Academic Values in Internationalisation of Higher Education, a document that calls on all institutions “to revisit and affirm internationalisation’s underlying values, principles and goals, including but not limited to: intercultural learning; inter-institutional cooperation; mutual benefit; solidarity; mutual respect; and fair partnership.” It adds that, “Internationalisation also requires an active, concerted effort to ensure that institutional practices and programmes successfully balance academic, financial, prestige and other goals.”

Key for the future

Despite these and other challenges, the values of internationalisation are clear. As the report’s authors suggest, all parties involved have a critical role in shaping a positive, productive future for European internationalisation efforts, including the need to look further afield to learn from other global models.

“The importance of the role of the European Union and the Bologna Process in the [internationalisation of higher education], in Europe but also around the globe, is undeniable, and has to be built on even further. In this process, however, it is essential to focus on partnerships and collaboration that recognise and respect the differences in contexts, needs, goals, partner interests, and prevailing economic and cultural conditions. Europe can only be an example if it is willing to acknowledge that it can also learn from elsewhere; it offers an important model but not the only one for the modernisation of higher education.”