Retention, recruitment, and the importance of supporting students’ transition to work

International students are in many ways “model immigrants” for their host countries. They are young and educated; they speak the language and have had an extended experience of living and studying in the country. And of course they have a credential – a certificate, diploma, or degree – from the host country as well. With all of those factors in mind, a newly qualified international graduate is a very important resource indeed for labour markets struggling with talent shortages of any kind.

Previous research has pointed to the economic impact that international students can have when they stay on to work in their host countries after graduation. In recognition of this often-untapped potential, a number of leading study destinations have introduced new policies to expand post-study work and residency options for visiting students. In Germany, for example, international graduates can stay for up to 18 months to search for employment. In Canada, graduates can stay for up to three years.

And students want to stay. In some countries, between 50% and 80% of international graduates intend to stay and gain post-study work experience in their host countries. Not all, however, are successful. In Germany, 30% are still looking for employment a year after graduation. 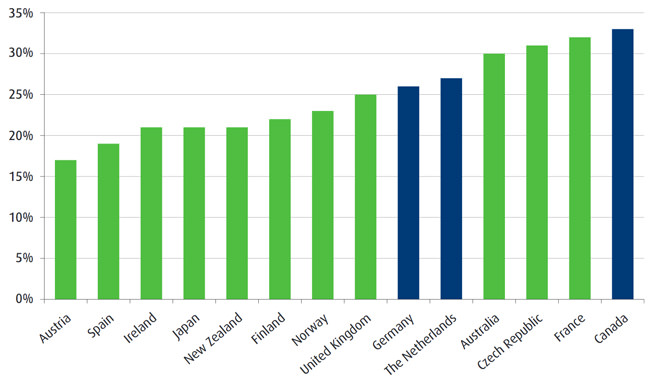 A new study calls attention to this disconnect between policy, the explicit interest that host countries have in retaining international graduates, and the ambitions of the graduates themselves to contribute and to gain valuable international experience. Based on a representative sample of 238 institutions across the four countries, Train and Retain. Career Support for International Students in Canada, Germany, the Netherlands and Sweden was released last month by the Research Unit at the Expert Council of German Foundations on Integration and Migration (SVR).

“When it comes to entering the labour market in their host country, international students face more obstacles than their domestic counterparts,” said Dr Cornelia Schu, director of the Research Unit at SVR. Train and Retain examines those obstacles and concludes that early and consistent exposure to the job market, targeted application training and other supports, and improved coordination between government, institutions, and employers are the keys to better supporting international students’ transition to work.

The research is ambitious in its scope and aims to map the local support structures for the study-to-work transition of international students. “The four countries were chosen based on their projected labour shortages, their efforts to attract and retain international talent, and their appeal as study destinations for international students,” adds the study report. However, the SVR researchers also found some interesting variations among the four.

In Canada, for example, international students are “very likely” to access a range of supports for study-to-work transition throughout their entire study programmes. The same is true in the Netherlands, where the vast majority of institutions (80%) provide career readiness services during all phases of the students’ studies, and often with the help of international alumni.

In contrast, Swedish institutions introduce career supports at an early stage, but with little targeted support for international students, and German institutions tend to focus their career services on the latter stages of academic programmes.

As even this quick summary suggests, international students can expect a lot of variability in career support services from country to country and institution to institution.

“Many international students require intensive career support, but instead, they encounter a poorly coordinated patchwork of occasional career fairs, job application training and chance acquaintances with service staff and company representatives which may or may not be able to help them,” added Simon Morris-Lange, the study’s author.

In attempting to determine what supports are required, SVR’s research finds that students were facing similar challenges in all four countries and identifies several major obstacles to employment for international graduates, including the following.

There are a couple of overarching ideas for the study. One is the need for greater awareness of and adaptation to the career support needs of international students. Another is the importance of coordination between institutions and other key local actors. 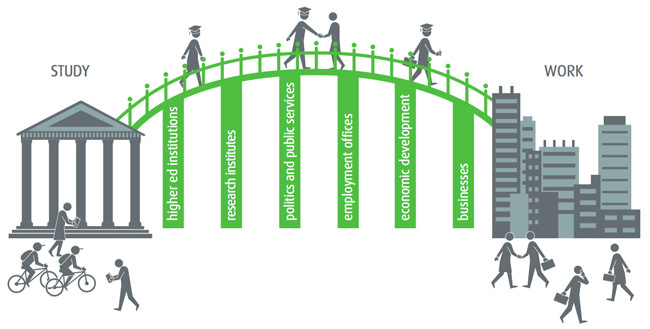 Train and Retain points out that only 28% of Dutch and German institutions collaborate regularly with local businesses in mentoring programmes, internships, or other study-to-work supports for international students. Those institution-to-employer connections are even less common in Canada (21% of institutions) and are more rare still in Sweden (13%).

The report makes a strong case for greater collaboration across the board and concludes with a series of recommendations for institutions, employers, and policy makers.

Institutions are encouraged to focus on developing their students’ language proficiency, and on providing early exposure to the labour market along with job application training targeted to international learners.

Employers are encouraged to explicitly open up their recruiting processes to international students, including the use of internships and co-op placements. “By diversifying their workforce, companies can increase their attractiveness for other skilled migrants, which are increasingly needed to offset talent shortages,” adds SVR.

The report also calls on national policy makers to take a fresh look at any legal restrictions still in place with respect to post-study work and residency, including those relating to the allowable job search period and compensation requirements, to ensure they remain in line with current and projected labour market needs.