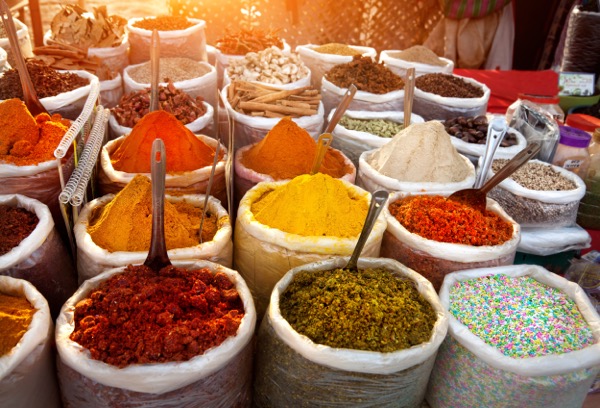 Narendra Modi’s overwhelming victory in India’s national elections last month offers new hope for reforms within the country’s massive education system. With a strong mandate to deliver change, the new Prime Minister and his government face significant opportunities and challenges as they work to ensure India remains a competitive and innovative economy.

Rajiv Kumar of the Centre for Policy Research wrote recently of the intense expectations facing Modi’s new government from the outset. For Mr Kumar, the unprecedented scale of victory – Modi’s Bharatiya Janata Party (BJP) won a plurality of votes across regional, religious, and urban/rural lines – means the BJP has the chance to rise above social divisions in order to deliver the sort of reformist government needed to help India prosper. Other analysts feel Modi has the opportunity to move ahead with some of the reforms, first promised by former Prime Minister Singh, that have stalled in recent years.

Financial markets rallied after the landslide win, a reflection of Modi’s popularity and his credibility within the global economic community. Among the changes expected are tax and labour reforms, an opening up of the economy, and an attempt to deliver the 10 million new jobs needed each year to ensure employment for India’s young population.

The question of quality

The challenges facing Modi in the education arena cannot be understated. India currently spends less than 4% of its GDP on education, a figure set to rise to 6% under the new government. According to a recent UNESCO report, India is one of the few countries in the world where education spending fell between 1999 and 2010. The same report cited the large number of out-of-school children (fourth in the world behind Nigeria, Pakistan, and Ethiopia), high teacher absenteeism, and revenue lost to tax exemptions as major stumbling blocks to improving the system.

Narayanan Ramaswamy, head of education at the consulting firm KPMG, suggests the government needs to pay particular attention to access and quality in addressing reforms:

“As a country India needs to spend much more on creating access to education, improving the quality of education and investing heavily in research.”

Mr Ramaswamy also feels that Modi’s government must build on the previous government’s pledge to create new institutions. “It is time to consolidate them, improve their quality and clear the air on accreditation policy and means of accreditation for institutions and courses,” he said. Additionally, Mr Ramaswamy urged Human Resources Development Minister Smriti Irani to consider significant investments in research.

For Minister Irani, beefing up quality controls will be a key feature of planned education reform. She has promised to transform the University Grants Commission (UGC) into a bona fide higher education regulator that maintains standards and monitors the sector. Ministry officials are already working on proposed legislative amendments toward these goals.

“Over the past decade, the UGC has responded to changes in the sector be it private universities, deemed universities, collaboration with foreign institutions through executive orders. This approach has more often than not been reactive rather than proactive. As a result, the regulatory oversight that exists over the different actors in the higher education sector has not been adequate,” said a ministry official.

A second key issue is the struggle for many Indians to access higher education opportunities. While India currently has over 700 universities and 48,000 colleges and institutes, there remains a serious shortage of spots for qualified students. Currently, a staggering 190 million Indians are between the ages of 18-25 – a number that will continue to grow until 2030. Even with plans to build more institutions, quality is a concern. According to data gathered by the National Assessment and Accreditation Council (NAAC), “Only 11% of [India’s] accredited institutions are ‘A’ grade, while 71% are in ‘B’ grade, and 18% of the accredited colleges and universities are in the lowest grade that is ‘C’.”

Unsurprisingly, growing demand and concerns with quality have lead to a rapid increase in the number of young middle- and upper-class Indians seeking opportunities for higher education abroad.

The United States, for example, has seen an increase in higher education students from India after several years of decline. As of June 2014, the US Embassy in Delhi had seen an increase in student visas of 40% from October 2013, a phenomenon largely driven by a lack of domestic opportunities and the tough competition for seats at India’s top universities.

Rupa Chanda, professor at the Indian Institute of Management in Bangalore, explains the reasons for the supply-demand divide:

“The rising competition, the lack of sufficient number of quality institutions in India, the fact that there has not been enough increase in capacity in some of the seats in coveted disciplines people want to study in… And really, if you do not get into the top tier, there is not much to choose from.”

As we reported previously, this lack of access and building evidence of a correlation between English skills and higher income has lead to increased interest in English programmes among Indian students. Perhaps unsurprisingly, English has recently emerged as the most popular undergraduate programme in Delhi University (DU). The scarcity of seats at DU, however, has many Indian students looking further afield.

Two recent developments promise to increase work opportunities for Indian engineering grads while providing greater study options for students wishing to remain at home. Both are early signals of the prospects for increasing globalisation in India’s education landscape.

Earlier this month, India became the 16th member of an elite group, the Washington Accord, which recognises graduate-level engineering degrees awarded by member countries’ accredited institutions as equivalent. Under the accord, graduates in traditional engineering programmes – such as civil and electrical engineering or architecture – that have National Board of Accreditation (NBA) approval will now be spared mandatory entrance tests before taking up jobs or university courses in the 15 other member countries. The changes will affect about 200 of India’s 8,000 engineering colleges, mostly state government colleges and a few of the leading private tech schools.

In a move that may have a broader impact, Minister Irani has signaled that the Foreign Education Providers Bill to open India up to foreign universities will be on a shortlist of fast-tracked projects for the government’s first 100 days. The outgoing government had made the Bill a priority, as earlier reported by ICEF Monitor. However, without the required support the draft legislation had stalled at the committee stage. Sources within the Ministry say that the Bill may be re-examined to address some of the issues raised by the committee. The Minister plans to develop a legal framework for allowing universities to set up campuses in India while at the same time curbing unfair practises by existing institutions.

According to Suresh Advani, chair of international operations at SP Jain Institute of Management and Research, this opening up will provide opportunities for Indian students, as well as researchers and faculty.

“If grade A institutions set up campuses in the country, it will only prove to be beneficial to all – students and faculty members.”

With the national elections having concluded only last month, the new government has made strong early signals that education reform will be a priority for its first mandate, addressing issues of quality and access for India’s growing population. With its powerful majority, the Indian government has the chance to affect real change in the country’s education system. The world will now watch to see what the country’s new leaders make of that opportunity.

This entry was posted in Asia, Higher Education, India, Regions.