So many communication channels these days, so little time (and attention!) to go around. But while much of the focus of late is on social media, content marketing, and mobile, there is ample evidence to suggest that if you really want to drive decision making and purchase behaviour, then the humble email is still key.

A recent survey from the Economist Intelligence Unit and Lyris points to the continuing importance of email as a way of connecting with prospects. While the survey relates to broader patterns of consumer behaviour, it is nevertheless revealing and warrants a closer look by education marketers aiming to connect with prospective students via email.

Among the study’s key findings: 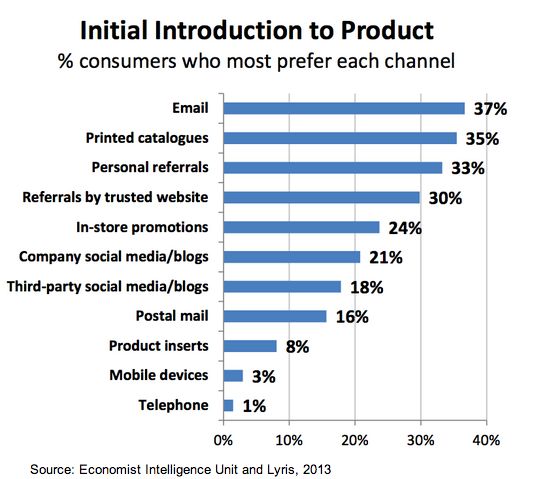 And this is of particular note for marketers who are targeting college-age audiences:

The study also has an important comment to make on personalisation in email marketing.

While there is again a fair bit of research to suggest that even modest efforts at personalisation – for example, the use of the consumer’s name in the email greeting or subject line – can produce results, other recent studies, including the Economist/Lyris research noted here, suggest that consumers are now looking for more thoughtful customisation efforts in the marketing communications they receive.

Eloqua, an online marketing division of technology giant Oracle, recently reported on email performance trends based on a large sample of 200 million messages, and its data suggests that there are real gains to be made through personalisation.

“Email helps support overall multi-touch communications strategies, enabling marketers to deliver these targeted messages based on customer preference across different points in the buyer’s purchase process,” notes a recent post on the Eloqua blog. “Sophisticated email marketing programmes – fueled by marketing automation – enable relevant communication when used with behavioral triggers. Email is a great tool for marketers to serve up relevant content at the time when a buyer is engaged and likely to respond.”

In this sense, even a modest level of personalisation can act as a means to increase the relevance of the email message to the prospect who is receiving it. 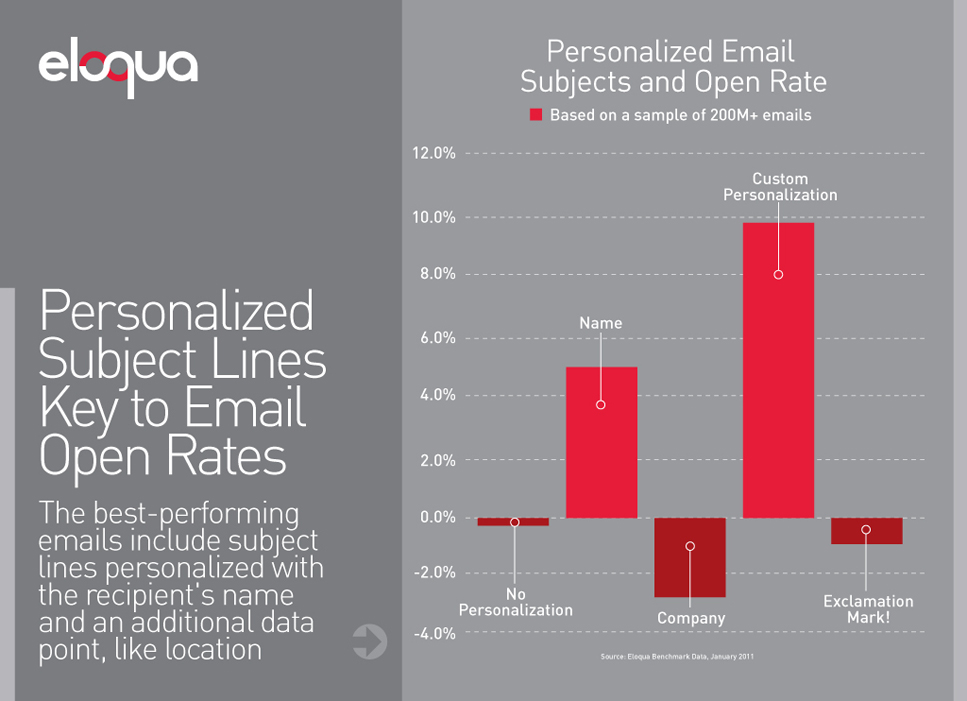 Other sources have concurred that even basic attempts at subject line personalisation do generate a modest advantage in open rates, but note as well a more pronounced impact on click-through rates. Marketing Sherpa, for example, has reported on tests where click-through rates on personalised email messages were on average 17.36% higher.

The Economist/Lyris study takes such findings one step further by noting:

“Consumers say the volume of personalised marketing messages received has increased over the past five years. The majority (63%) claim that personalisation is now so common that they have grown numb to it, with 33% of consumers citing superficial personalisation as one of their top annoyances.

About one in five consumers say that customised offers are more likely to meet their needs than mass market offers and that inclusion of personal details (e.g., previous transactions) makes them feel valued as customers. Whereas personalisation is often based on user attributes, customisation puts customers in control, giving them individualised experiences. Consumer preference is highest for customised product recommendations.” 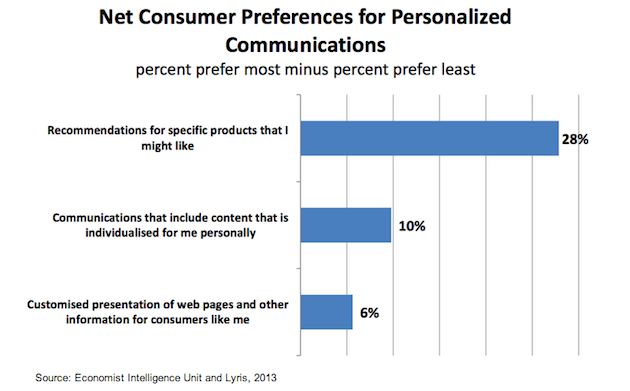 Perhaps as much as anything else, this finding illustrates the possibility that as personalisation in email marketing has become more widespread, its effectiveness is beginning to erode. This demonstrates as well a continuing and heightened demand among prospects for relevance in email communications – that critical characteristic of email that Eloqua noted in its research above – and in online marketing more generally.

For a little more background, and some great examples, on email personalisation/customisation in action, check out this round-up from Hubspot.

For some ideas of what this customisation might look like in a student recruitment context, we need look no further than some of the recent examples we have seen on ICEF Monitor.

Intead’s mystery shopper experiment revealed the usefulness and importance of automated response systems for student queries, and the value of customising follow-up messages for key elements, including the student’s first language, location, or programme of interest.

These same key elements of the student enquiry, especially to the extent that they can be managed within data-based marketing or enrolment management systems, provide considerable scope for additional, targeted communications downstream.

Are you launching a new programme offering that relates to the prospect’s stated interests? Are you attending an education fair next month in their home city? That is the stuff of relevance, and automated email messaging is an efficient and effective way to demonstrate that relevance to prospective students.

Another way to demonstrate relevance to prospective students is by offering them some communications in their first language, whether via email or in the form of customised landing pages such as we saw with the example of the fantastic landing pages created by the University of Alberta. 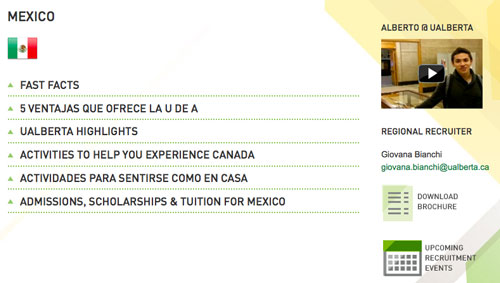 A customised web page for Mexican prospects on the University of Alberta website.

Again: relevance! But in this case, the university has created a series of highly targeted pages that could be easily and repeatedly referenced in targeted email communications with prospects.

So clearly there is a continuum of personalisation and customisation available to all marketers, and today’s email marketing tools make it ever easier to incorporate some degree of personalisation into your online marketing efforts. The question – as always – is how to ensure the communications you are sending out are as relevant as possible for your prospects and, as a result, as effective as possible for your recruitment effort.