The rising profile of college certificates 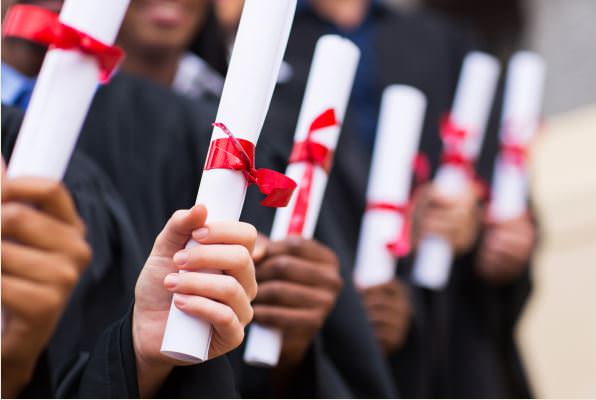 A recent study from Georgetown University finds that the certificate is the fastest-growing form of college credential in the US as well as an important factor in labour force development. The study authors note:

“In the context of concerns about rising college costs and student loan debt, certificates, which are cheaper and take less time to complete than college degrees, have become of increasing interest to researchers, institutions, and other stakeholders in higher education.”

Anthony Carnevale, director of Georgetown’s Center on Education and the Workforce and one of three co-authors of the study, attributes the growth in certificate enrolment to changing labour market requirements – that is, to the fact that more jobs now require college-based training.

“Post-secondary certificates are a uniquely American invention. They are awarded by public institutions or private for-profit trade schools for completing studies in a specific field – like computer and information services, office management, health care or food services… Certificates usually take less than two years to complete, and more than half take less than one year. That means certificate holders can move quickly from the classroom to the workforce.”

Certificates are now the second most-common post-secondary award in the US, with more than one million awarded each year. This represents 22% of all college awards in the US today, a significant jump from the 6% share held by certificates in 1980.

The Georgetown study also points out that:

The Georgetown research arrives at a time when the value of a university degree is under increased scrutiny from prospective students and university graduates alike. With economies around the world still struggling to recover from the last (and avoid the next) global economic crisis, growing populations of university graduates are facing stiffer competition for those all-important entry-level positions.

Another study, this time from the UK, finds that an average of 73 students compete for each available job in Britain, with employers increasingly demanding first-class degrees of their prospective hires.

“At the end of 2011, 18.9% of those graduating in the previous two years were unemployed, down from the high of 20.7% at the beginning of 2010 but more than four times the rate for those graduating between four and six years ago.”

As a matter of perspective, it should also be said that employment among university graduates nevertheless remains significantly higher than non-graduates. “It is a tough job market for college graduates,” says Georgetown’s Carnevale. “But far worse for those without a college education.”

This pattern of a growing population of university graduates, increasing competition for employment after graduation, and labour force adjustment is playing out in major markets around the world.

In China, for example, a dramatic expansion of higher education within the country has contributed to a corresponding boom in post-secondary participation rates: 8.9% of the Chinese population had some college education in 2010, up sharply from only 3.6% in 2000.

However, it also increasingly clear that China is facing a significant underemployment challenge for its university graduates. The Wall Street Journal reported recently:

“China has made only limited gains in remaking its economy so it relies more on services and innovation and less on construction and assembly-line manufacturing. That limits the markets for the lawyers, engineers and accountants that Chinese universities are producing.

“As a result, many graduates find they can get only low-skill jobs that pay far less than they imagined… The employment rate of China’s college graduates last year was 90%, according to a survey by the Chinese Academy of Social Sciences and MyCOS Research Institute, a Beijing-based education consulting firm. But only 47% of the 256,000 Chinese graduates surveyed said they feel satisfied in their current job.”

Many observers see this as a short-term issue of underemployment, but it is also widely acknowledged that some important structural adjustments – in the country’s labour market as well as its education system – will be necessary to better align the country’s post-secondary graduates with the requirements and opportunities in the Chinese job market.

This is a challenge that China has in common with many developed and developing economies alike around the world. It will be fascinating to see what role, if any, non-degree credentials such as certificates play in this process.

But if the US experience is any indication, there may indeed be profound opportunities on the horizon for shorter-term programmes of study that can help graduates better target specific career opportunities.