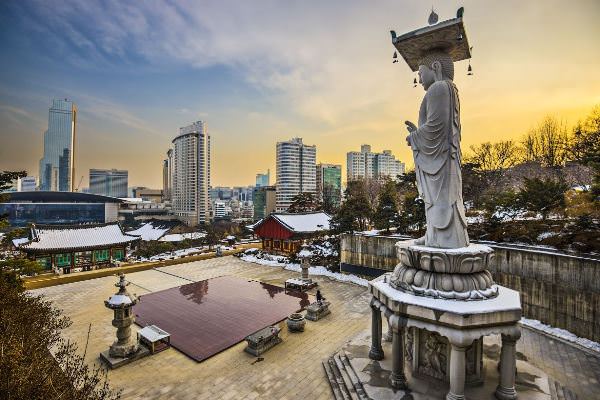 South Korea is increasingly on the radar these days for its continuing market potential, but also in terms of its willingness to strengthen its own educational institutions and to join in bilateral research and academic initiatives.

Additionally, cultural exchange has become a priority amongst Korea, China and Japan.  At a trilateral meeting held in Shanghai last Saturday, officials said they have agreed to expand cultural cooperation and promote exchanges between the three countries.

The European Union and South Korea have agreed to a range of initiatives to strengthen research cooperation, according to University World News. The online reporting service quoted European Commission President José Manuel Barroso as saying the intent of such cooperation is “to build innovation alliances at the business and research institutes’ level.”

Barroso sees great potential for work in the fields of environmentally friendly technologies, in particular “joint initiatives in energy, industrial technologies and information technology which would include linking of research projects (twinning) and specific items such as joint EU-South Korean workshops.”

Interested not only in its role as a source country for students but also as a destination country for study abroad, South Korea is working to upgrade its schools and practices to make them more attractive.

ENZ reported that the “Korean government is keen to learn more about New Zealand’s education system and curriculum as they move to update their own schools and curriculum.” The organisation noted that of particular interest seemed to be “the decentralised system in New Zealand and the ability of schools to create a learning environment that is appropriate to the needs of their students.”

Joining other universities gravitating to the Incheon Free Economic Zone in South Korea, State University of New York opened its first branch campus there earlier this year. The Korea Herald reports that “two more schools are expected to open in Incheon, including George Mason University in the US and Ghent University from Belgium, as part of the Korean government’s effort to create a special zone for higher education in the area.”