The Association of Language Travel Organisations (ALTO) provides a snapshot of the language travel industry via its quarterly report, ALTO Pulse. The latest report from Q4 2011 includes feedback from 219 language schools and 383 educational agencies around the world.

Things are looking up with 53% of the language schools taking part in the survey reporting growth from Q4 2010 to Q4 2011, and 64% feeling positive about forward enrolments. The participating agencies are more optimistic with 79% expecting a better quarter to come, although only 46% had better results in Q4 2011 compared to the same period in 2010.

Overall the global picture is a positive one for schools, with 53% reporting growth and 23% reporting stable numbers. France, the US and Ireland show the strongest level of growth, with Australia, New Zealand, the UK and Spain showing the strongest level of decline. Argentina, Germany and South Africa are the top 3 optimists, while Australia, Canada and New Zealand are the most pessimistic about forward enrolments.

Agents also felt quite positive in Q4 2011 compared to Q4 2010, with 46% reporting growth and 28% reporting stable numbers. Ukraine, Germany and Saudi Arabia are leading the way with strong level of growth, with Pakistan, Nepal and Thailand showing the strongest level of decline. Colombia and Ukraine show unprecedented optimism with Italy and Brazil closely behind, while Spanish, Saudi and Turkish agents are not too optimistic about student numbers, showing the top three negative projections. 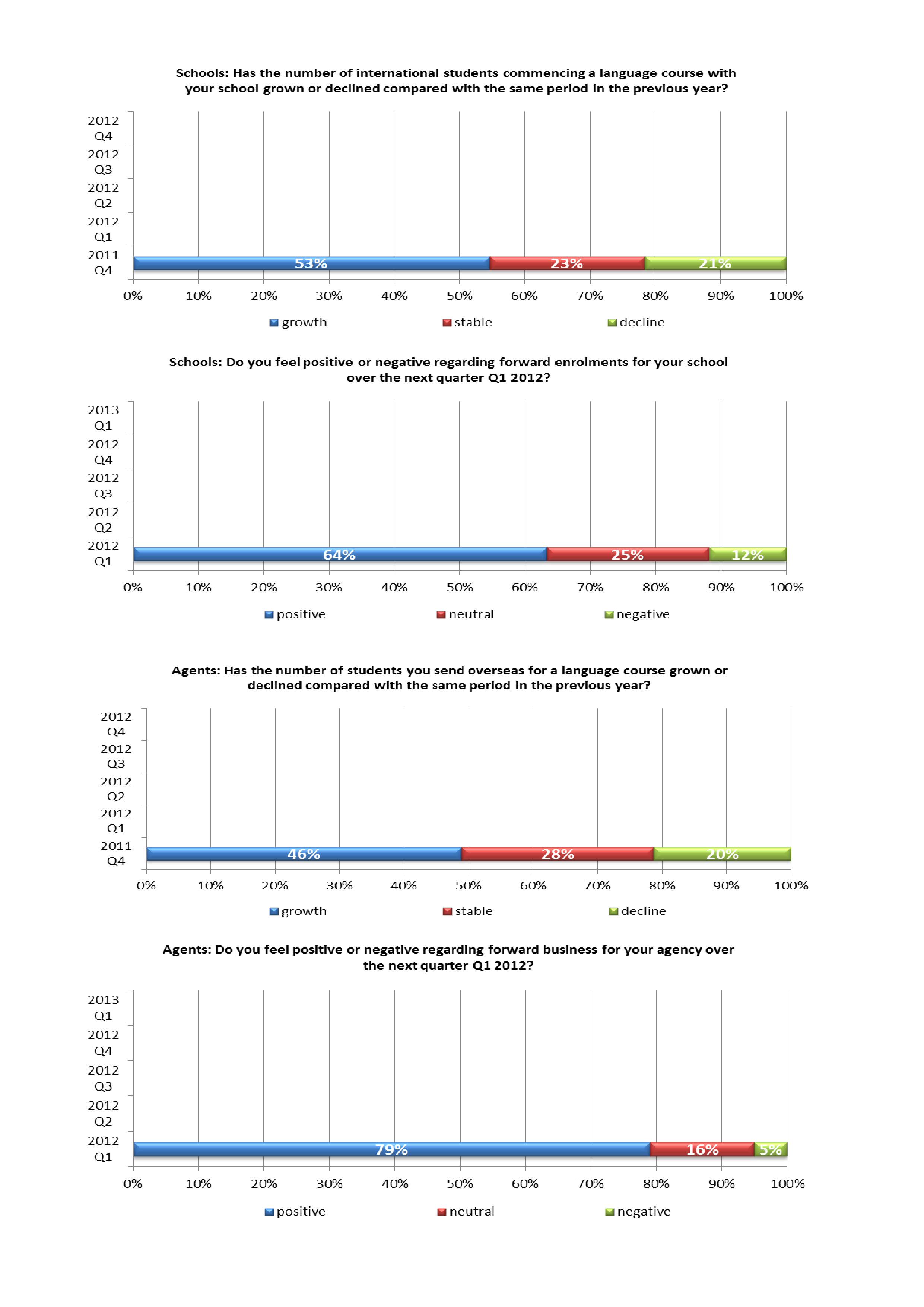