Diversification and the next five markets 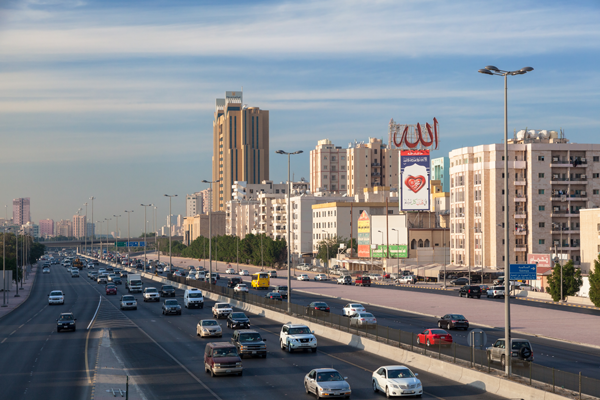 After more than a decade of rapid expansion in international enrolments, the focus in major study destinations – and for many institutions – is turning more and more to diversification. Here are five emerging markets that we are watching more closely this year.

Bangladesh is now one of the most important emerging markets for study abroad in South Asia, and it currently sends out more than 63,000 students for higher education. It is the eighth most populous country in the world, with nearly half of its 160 million citizens under the age of 24 and just over a third under 15.

The country’s middle class is expanding rapidly, and consumer confidence is rising. A recent Boston Consulting Group (BCG) survey of Bangladeshi consumers found that 60% expected their incomes to rise over the next 12 months.

A street scene in the capital city of Dhaka.

But Bangladesh is only now making it onto the radar of foreign companies and universities, a fact alluded to in the title of the BCG survey report: Bangladesh: The Surging Consumer Market Nobody Saw Coming. Zarif Munir, a partner in BCG, says, “Companies that move now to get into position have an opportunity to build a lasting competitive advantage.”

The landscape for recruitment in Bangladesh is changing quickly. Currently, more than half of Bangladeshi tertiary students go to Malaysia, but students are also choosing China, the US, the UK, Canada, and Australia as well as an increasing range of emerging destinations in Asia, the Middle East, and Europe. Engineering and medical degrees are currently popular, and students are highly motivated by scholarships and affordability in general.

Nepal’s economy is growing quickly, with GDP growth of over 7% in 2017 and projected growth of 5% in 2018 – a remarkable recovery after 2015’s devastating earthquake. But the earthquake inflicted severe damage on the country’s educational infrastructure, a further blow for young Nepalese already frustrated by a university system that many say is failing to link degrees to employment. An article in the Kathmandu Post notes that “This contributes to a bleak outlook for students who study in Nepal … many of our students obtain degrees not knowing what to do after graduation.”

And so young Nepalese are going abroad; more than 44,200 Nepalese are currently enrolled in foreign higher education, with Australia, the US, and India claiming nearly two-thirds of this total. Nepal is the second-largest sending market in South Asia for the US after India, and the fastest growing market overall (20% in 2017). In Australia, Nepalese enrolments grew by 60% from 2016 to 2017. More than 23,000 Nepalese are studying in Australian institutions today.

While there are fewer Nepalese students abroad than Chinese, Indians, or Vietnamese, Nepal’s outbound mobility ratio (i.e., the proportion of international students in its overall student population) is higher than the ratios of those big sending countries.

According to the World Bank, university-aged Nepalese made up more than a third of the total population in 2016 and the British Council expects Nepal to be among the top ten countries for growth in the 18–22-year-old bracket over the next five years.

Ghana’s GDP has risen faster than any other in Sub-Saharan Africa over the past decade, and analysts believe that in 2018, it may surpass even India’s growth rate. However, growth has been fuelled mostly by oil revenues and masks a history of underinvestment in the rest of the economy, including education.

Faced with a labour market in which there are an estimated 200,000 unemployed graduates but limited job opportunities beyond those in extraction industries, Ghanaian students are increasingly seeking to study abroad. Outbound students – most of whom are studying in China, the US, or the UK, with the balance distributed among institutions in Canada or Europe – number around 12,400.

As in the rest of Sub-Saharan Africa, cost is the most prohibitive barrier for Ghanaians with dreams of an overseas education. The US is comparatively
expensive, and universities from a growing list of countries are beginning to recruit in Ghana. The Ghanaian newspaper Joy Online recently noted that “It has become common for agents of schools in the United States, United Kingdom and other parts of the world to travel to Ghana to meet prospective students face-to-face. It is in sharp contrast to the past when people
had to struggle, either to travel abroad for admission or have relatives abroad facilitate the process for them.”

Newsweek Middle East recently compared the cost for Kuwaitis of higher education in Kuwait versus the cost of studying overseas. For many fields of study, it is actually more affordable for Kuwaiti students to study overseas: “The price tag for studying certain majors in Kuwait can be as much as double the price of studying the same major abroad.”

Add to that the facts that Kuwait’s major public university, the University of Kuwait, has a serious overcapacity problem, that its private universities offer limited master’s-level programmes and no PhDs, that 15–34-year-olds represent more than a third of the population, and that many Kuwaiti families are very wealthy … and you have a recipe for high demand for study abroad.

The Kuwaiti government offers thousands of scholarships per year for students wanting a foreign education. In addition, many students are self-financed through the spending power of Kuwaiti families.

Egypt is a fascinating market in international education today: an important sender of students as well as an emerging hub for students in the region. It’s also noteworthy because of where its students choose to study abroad:everywhere.

All this means that Egyptian students are considering a wide range of options for study abroad. In 2017, Egypt’s Daily News reported on a survey by Edarabia, a firm that helps Egyptians choose where to study. The survey showed that the US is losing ground to other countries, and that the most preferred destinations for Egyptians now are Canada, Australia, and the UK. The US is fourth, followed by Ireland, France, Spain, Italy, Germany, and New Zealand – still more evidence that the playing field is remarkably open in Egypt, a country where 40% of the population is under age 18.