Dubai strengthens its position as a regional education hub 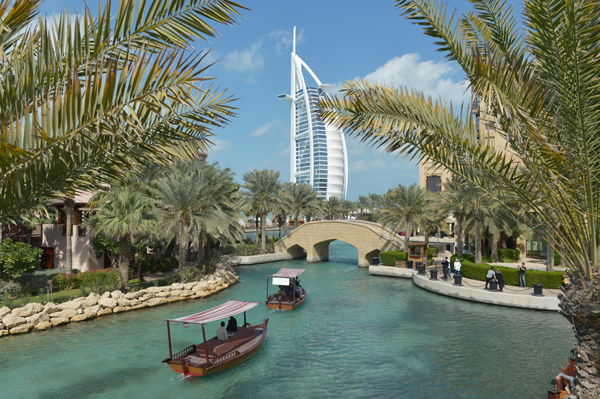 Dubai is the largest and most populous city in the United Arab Emirates. It has clearly established itself as a major centre for trade and investment in the Middle East, and, increasingly, it is taking shape as an important regional study destination as well.

And no wonder. Dubai is home to more than 200 nationalities today, and 90% of the city’s population comes from abroad. Roughly two-thirds of the world’s population is within an eight-hour flight, and the city is widely recognised for its outstanding transportation and communications infrastructure. US News & World Report recently ranked the UAE as one of the best countries in the world in which to begin a career, as “one of the Gulf’s most liberal countries”, and as the safest Arab-majority country.

A new report from the UAE’s Knowledge and Human Development Authority (KHDA) offers a more detailed look at private-sector K-12 schools in Dubai. It counts 185 private schools in Dubai with a combined enrolment of just under 274,000 students.

As of the 2016/17 school year, the sector is close to capacity (about 90% utilisation currently), and total spending on private school tuition fees amounts to 6.8 billion AED (US$1.85 billion) annually.

Only about 12% of the students in private schools in Dubai are native Emiratis. In contrast, Indian students, the largest single nationality in Dubai schools, make up just over a third (34%) of the total enrolment. Pakistan, Egypt, and the UK are also well represented.

The burgeoning population of non-Emirati students in Dubai schools means the city is also growing in importance as a recruiting ground for third-country nationals planning to go on further education abroad.

But Dubai is also aggressively moving to grow its own higher education capacity, both by expanding the footprint of domestic institutions and by welcoming branch campuses operated by foreign institutions. Universities from 12 different exporting markets currently operate campuses in designated higher education “free zones” in Dubai, including those from the UK, US, Australia, India, Austria, and Russia.

Considering both international branch campuses and local institutions, there are now 62 higher education providers in Dubai. Those institutions had a combined enrolment of 60,300 students in 2016, including 33,600 foreign nationals.

The number of higher education institutions operating in the city began to expand rapidly around 2003, the year in which the first of Dubai’s free zones for education were established. Also setting the stage for more rapid enrolment growth within the past decade, the KHDA and University Quality Assurance International Board (UQAID) were established – in 2007 and 2008 respectively – in order to provide greater oversight and quality assurance for higher education in the Emirates.

As the following chart reflects, 39 of Dubai’s 62 HEIs are now located within the free zones, including 24 international branch campuses.

Keeping pace with this significant increase in the number of university seats, total higher education enrolment in Dubai has grown by nearly 65% since 2008, with overall foreign enrolment across the UAE growing even more quickly. UNESCO reports that the number of foreign students in the Emirates grew from about 48,600 in 2011 to nearly 74,000 in 2015 – a total increase of 51% in just five years.

Speaking at the recent International and Private Schools Education Forum (IPSEF) in Dubai, Dr Warren Fox, the KHDA’s chief of higher education, said, “Dubai has shown to the world it can become a leading global business hub, and is leveraging this success to attract international students to come to the Emirate to pursue higher education studies here. This reputation as a world-class commercial and trading centre is one of the top reasons why international students are coming to Dubai.”