Are you receiving me? Leading destinations aim to send more students abroad 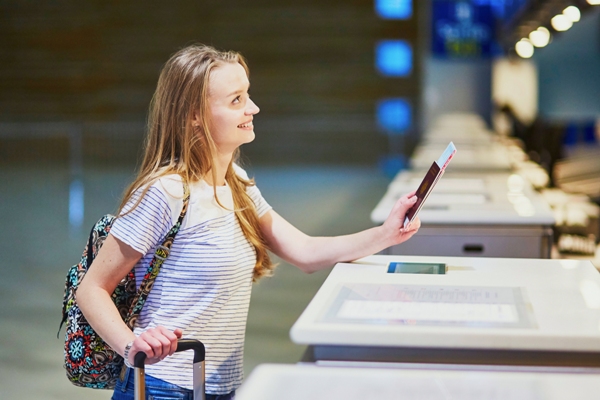 Some of the world’s major study destinations – countries such as the US, Canada, Australia, and the UK – have been placing a greater emphasis on outbound mobility in recent years. While these countries have benefited greatly from hosting growing numbers of international students, they also see more study opportunities for their own citizens as an important next step in a broader pattern of internationalisation.

In the US, for example, the Generation Study Abroad campaign has pointed out that 2.6 million students earn an undergraduate degree in America each year. However, only about 300,000 study abroad before graduation. The campaign aims to double the number of American students abroad by the end of this decade and has set a target of 600,000 outbound students annually by 2020.

“Globalisation is changing the way the world works, and employers are increasingly looking for workers who have international skills and experience.” says a campaign brief from the Institute of International Education. IIE is a founding partner in the campaign and announced earlier this year that the programme has now expanded to include more than 700 higher education institutions throughout the US.

Campaign organisers note that participating institutions are engaged in a variety of measures to boost their outbound numbers, with the most common strategies being increased funding and scholarship support for study abroad, improved campus training and support, expanded alumni engagement, and greater integration of study abroad into the curriculum.

Indeed, 84% of all institutional partners in the campaign have pledged to reduce financial barriers that prevent American students from studying abroad. “Campuses have created new funding opportunities to reach students who might not otherwise have been able to study abroad,” says a recent project report. “Many are using their new scholarship actions to attract funding from the local community, alumni, and businesses.”

Based on the numbers of institutions recruited to the campaign to this point, organisers believe that they are tracking towards their end-of-decade goals, but much will depend on the continued expansion of Generation Study Abroad, and on the ability of participating institutions to meet their respective pledges for increased outbound numbers.

Earlier this year, the Canadian Bureau for International Education launched the Learning Beyond Borders initiative. Similar to what we see in the US, CBIE appears to be targeting a distinct lack of national coordination or any other broadly based drive to increase outbound numbers. “Canada is faced with the challenge of getting more of our students to take advantage of learning experiences in other countries,” said CBIE President Karen McBride. “It is time to leverage the leadership role of education institutions in a concerted and coordinated effort to give our generation of young leaders the knowledge, skills and global outlook they will need to thrive in our interconnected world.”

While the programme has yet to set a hard growth target, Learning Beyond Borders is explicitly designed to reduce barriers to study abroad and to expand the number of outbound Canadians beyond the 3.1% of undergraduates who study overseas currently.

A recent student study conducted by CBIE found that 86% of Canadian university students are interested in study abroad but that 80% require financial assistance in order to follow through. As was the case in the US, the implication of this is that a significant expansion of funding support will be required if Canada is to send a larger number of its students abroad.

In another parallel with the US, Learning Beyond Borders also intends a broadly based approach that relies a great deal on recruiting Canadian education institutions and schools to the initiative. “Money is not the only barrier,” says CBIE. “Attitudes, institutional policies and practices, effective promotion of existing opportunities and supports, as well as lack of awareness of the important benefits of learning abroad are also significant obstacles which must be addressed in order to facilitate a sustainable culture shift.”

“These are barriers that CBIE and its member institutions can work together to reduce, reinforcing each other’s efforts and building momentum collectively.”

Both of these examples follow on the heels of another major national initiative in Great Britain: the UK Strategy for Outward Mobility. Launched in 2013, the strategy aims to “increase the proportion of UK-domiciled students accessing international opportunities, and contribute to the European Higher Education Area’s mobility target of 20% of graduating students with an international mobility experience as part of their studies by 2020.”

The latest figures indicate that 7.2% of British students were internationally mobile in 2014/15, up from 5.4% in 2013/14. “As the UK prepares to leave the EU, the UK government has indicated a need for the country to become even more global and internationalist in action and spirit,” said Vivienne Stern, director of Universities UK International. “Outward mobility can form a key part of this agenda, in enhancing the domestic skills base and making students more globally engaged.”

Somewhat ironically, a recent report highlights the key role that the landmark Erasmus+ programme plays in UK outbound. It notes that UK participation in Erasmus has increased by more than 50% since 2007/08, and that in 2014/15 Erasmus+ accounted for nearly half of all mobility placements for UK-domiciled students.

“The matter of continued UK participation in Erasmus+ post-Brexit will be determined through the UK government’s negotiations with the EU,” notes the report. “However, the proven benefits of Erasmus+ for participating UK students suggest it is vital that opportunities for outward UK student mobility are protected and enhanced in the longer term.” As this observation reflects, UK outbound will continue to rely on strong links with European partners post-Brexit, whether that takes the form of continued participation in Erasmus+ or whether it relies instead on new links between British and European institutions.

In all of these examples, and also in Australia’s New Colombo Plan, we see highly organised and broadly based national initiatives to significantly expand outbound mobility. In combination, they form part of a broader pattern that will see increasing numbers of mobile students going abroad from traditional study destinations.