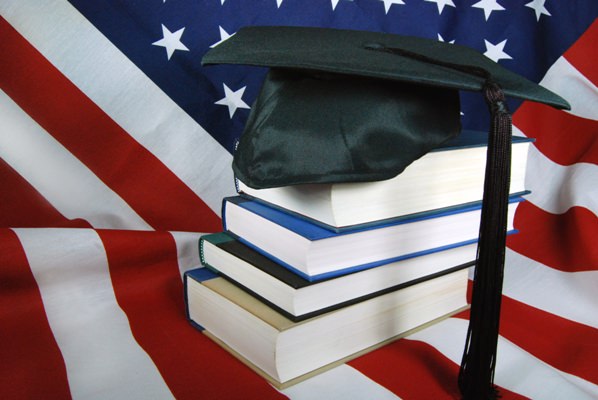 The US Department of Homeland Security’s (DHS) Student and Exchange Visitor Program (SEVP) has issued its long-awaited final policy guidance regarding conditional admissions for international students intending to study in the US on F-1 (academic) or M-1 (vocational) visas.

The final policy, published on 13 July 2016, closely resembles a draft version released in July 2014, and its key points are as follows.

Conditional admission, whereby prospective students are granted provisional acceptance to universities on the basis of meeting one or more remaining admission requirements (in particular, language proficiency), has long been a common mechanism used in international recruiting. However, DHS pointed out in its 2014 draft guidance that as far back as 1975 the US General Accounting Office had concerns about the practice.

Even so, it has been widely employed by many universities with English programmes that have also offered conditional admissions for academic studies. In such cases, the I-20s typically indicate intended majors and estimated time frames for completing the academic degree, plus some extra time for study in the institution’s English programme. In recent years, more universities without their own language programmes have also formed partnerships with private language schools, providing students headed towards those third-party providers with assurance that once their language abilities improved they would have a place at the university.

US consular officials in many countries commonly approved visas valid for a longer period time to allow completion of both preparatory English and degree studies. And in some countries, where visas were harder to obtain for language study only, such conditional admissions for degree study were thought to increase the students’ chances of obtaining visas.

In immediate effect, but many questions remain

Many educators will have anticipated the government’s policy direction on the basis of the earlier draft guidance from 2014. However, a number of important questions remain in the wake of the official policy release last month.

Connie Childs, Director of International Affairs at the University of Tennessee Health Science Center, pointed out that many of her accepted students must provide final transcripts or proof of completing prerequisites. “If we have to adhere to the new SEVP guidance, some of our students would likely have to defer admission to the following semester, because we would not be able to issue their I-20 in time for them to obtain a visa in a timely manner,” Ms Childs said.

“I think this issue is bigger than many realise. It has often been thought of as a problem related only to English proficiency, but using this guidance, it would affect many more students who are completing a bachelor’s degree shortly before enrolling in a graduate programme or whose final grades are not ready or not evaluated in time,” she added.

There is no transition period indicated in the final guidance statement and thus it has gone into effect immediately. But schools have issued thousands of conditional admissions I-20s for applicants soon entering the US to begin studies this fall. Charter Morris, Director of International Services at the University of Alabama, wondered how conditional admittance I-20s created prior to 13 July will be viewed. “The timing is not particularly good, especially considering we have about 70 conditionally admitted students arriving in a few weeks, and any change to their SEVIS record could be very detrimental to their visa application or arrival at a US Port of Entry,” said Mr Morris.

Several educators also hope for further guidance from SEVP as to how to process the “old style” I-20s in various scenarios when students bearing them arrive on campuses this fall.

Conditional admissions have played an important role for many students from countries such as China, where student visas are not as commonly issued for language study alone, and for students whose sponsors required university acceptance, such as those in the Saudi Arabian scholarship programme that sent nearly 60,000 students to the US in 2014/15, with many beginning their studies with language courses.

For many educators, the need or perceived need that many prospective students and their advisers have for university-acceptance I-20s is a concern. Nadia Redman, Assistant Director for Admissions and Recruitment at the English Language Institute of the University of Delaware, said that, while in reality she does not believe that having university acceptance is now necessary in order for Chinese to get visas for language study, “There is still a pervasive perception that they must have the university acceptance or they will not get a visa. It’s really a conundrum. Irrespective of the reason why this perception remains among the Chinese, it is their ‘reality.’ As a result, it can be hard to convince them that they really can get visas solely for ESL without university admission.”

Processing in the field

Conditional admission I-20s have become commonplace for Department of State (DOS) consular officials. Educators hope that DOS officials around the world can be updated thoroughly about the new policy, but past history leads to doubts. A disconnect between DHS and DOS has been observed in the past, particularly in that new policies established by one agency aren’t always followed or agreed upon by the other.

Given the gap between DHS and DOS practices, many fear that, at least initially, applicants may be denied visas when they present I-20s for language study only, as opposed to what the consular officials have come to expect: I-20s combining language and academic programmes.

“We actually implemented English-only I-20s based on the provisional guidance earlier,” said Kirsten Sheppard, Director of International Education at Maryville College. “We have seen that in places where it is already hard to get a visa, such as Rwanda or Nigeria, it seems to create problems. We provide a lot of supplemental explanatory information along with our regular acceptance materials and have reached out to embassies, but not always with a positive outcome.”

Many I-20 issuers said they plan to annotate I-20s with conditional admissions information as merited, but if DOS officials misunderstand and believe the ban on I-20s for conditional admissions means a ban on the entire practice, or hold to old assumptions that English-only I-20s are less valid, some students may suffer until the new policy is more widely understood and adopted.

Institutions with more open admissions procedures may now also need to reconsider their own policies. In some cases, universities with in-house ESL programmes don’t differentiate between English and academic studies prior to arrival, because their first step each term is to test all new students and place them into appropriate courses based on the test results. “I’m not too thrilled with this because of the timing and that we have all our first-time students, US and international, take the Accuplacer placement test in order to place them into their English and Math courses,” said Rebecca Leevey, International Student Advisor at Calumet College of St. Joseph. Ms Leevey points out that while domestic students can often complete the testing during earlier pre-term orientation sessions, “International students take the test once they get here in the US, since that particular test is not used overseas.”

Some universities also have arrangements with outside providers of English programmes that are not able to issue I-20s, and thus depend on the school’s conditional admission I-20 in order to recruit students from overseas. At least one such school in the northeastern US is scrambling to figure out how to proceed, with its complement of about 290 international students and with a third-party provider anxiously awaiting word on how applicants can get necessary I-20s. The Designated School Official at the university said that she knew of a handful of other institutions in similar situations.

Since English studies-only I-20s list shorter study periods – typically 12-24 months as opposed to four or five years for undergraduate programmes – many students will have shorter times of visa validity and thus have to be more careful if returning home for vacation between English and degree studies.

Has anyone seen the bridge?

Finally, many educators indicate that they would have preferred that SEVP had combined its conditional admissions policy statement with the still-pending final guidance on Bridge and Pathway programmes.

These hybrid programmes, that combine English instruction with academic coursework, have become extremely popular despite many schools being fearful of moving forward prior to final SEVP rulings. Lucy Dawson, an immigration specialist at Abiline Christian University, echoed the view of many educators in saying, “We have watched [the conditional admission policy decision] coming for a while, and had made effective changes more than a year ago. I know many schools did. While it will take a while for everything to be ironed out, I think there has been minimal impact for our school. The bridge programme policy guidance, however, may take us by surprise, so that is one where I hope they give us some time to get programmes approved.”