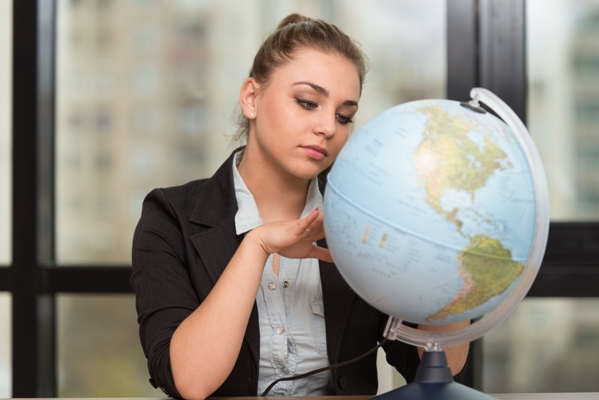 Who influences international students’ study abroad decisions? And what types of goals are driving students’ interest in study abroad? These are some of the questions explored in “Know Your Neighborhood: International Recruiting Fuelled by Regional Insights,” a new addition to the growing body of student-perspective research available to international recruiters today.

The report is based on a survey conducted in 2015 by student fair organisers FPP EDU Media and digital marketing firm International Education Advantage (Intead). The survey went out to more than 807,000 students in 94 countries. More than 35,000 students responded, nearly 70% of whom were from emerging markets in Latin America, Asia, and the Middle East. Nearly two-thirds (64%) were female while 36% were male. More than two-thirds (68%) were studying in undergraduate degrees, with the remaining students in pre-university courses (23%) and graduate school (8%).

Motivating the report was a sense that schools are not differentiating their marketing strategies sufficiently according to the country/region of prospective international students. The authors state in the introduction:

“In student recruitment, the university that succeeds is the one that best delivers its message in the way their target audience wants to receive it …. Limited resources often lead an institution to take short cuts such as creating one set of messages for their domestic recruitment programme and another set of messages for their international recruiting programme. Yet messaging that might work well in Brazil is not necessarily going to be effective in Vietnam.”

Many have dreamed of study abroad for a long time

Asked when they began dreaming of study abroad, the greatest proportion of students (average of 60% across the countries) said the idea had taken form when they were 15 to 19 years of age, but a significant number (average of 40%) said they had started thinking of it when they were between the ages of 5 to 14. Those in Malaysia, Mexico, Spain, Italy, and the Philippines were the most likely to have dreamed of studying elsewhere early on in their lives (over four in ten in these countries), and those in Vietnam (21%) were the least likely to have done so. Despite these differences, at least one in five students in every country said they had dreamed of studying abroad before the age of 15, underlining the importance of reaching out to students earlier than senior grades in secondary school.

Three-quarters (74%) of students said their desire to study abroad was influenced by their experience of having travelled to other countries – a key finding for marketers interested in channelling scarce resources and budget to the most promising student targets. The report’s authors use an example from the retail world to emphasise the importance of the finding:

“As in retail, where a clothing store worker is taught to spend the most time serving shoppers who walk in with shopping bags on their arms – which shows the shopper’s willingness to buy – you are wise to engage with students who have previously travelled abroad.”

Who students trust to give them study abroad advice, and who makes the decisions

Academic advisors who know the student personally are trusted more in Asia, with the exception of Vietnam, where only 21% rated academic advisors as influential. Nearly half (48%) of Thai students trust academic advisors, and roughly four in ten students in Malaysia, Philippines, and Indonesia said they do as well.

Fellow students currently studying in the destination country carry the most sway in Asia – over four in ten in Vietnam, Indonesia, Malaysia, and the Philippines; but lower (33%) in Thailand. The relatively wide distribution of students who trust other students to recommend study abroad destinations underlines the importance of student testimonials as a broadly effective recruiting tool.

The report’s authors note that some students, particularly in Asia, are aware that admissions representatives are paid by their schools and so there is a sense among some that information they would receive through them would be biased. Of Asian students’ greater trust of academic advisors who know them, the authors note:

“Recruiting agents … represent many universities and therefore have more perspective on the benefits of a variety of schools. In addition, local recruiting agents are often well connected to the community and may be considered a more trustworthy source of information than a ‘foreigner.’”

Whatever outside forces influence their decision regarding where to study, students say it is them, far more than their parents, who came up with the idea to study abroad. The report authors note, “Your prospects, worldwide, want to be addressed as decision makers.”

Pragmatists rather than idealists, and great regional variation

Last spring, we reported on a Voxburner study that found that Millennials (that is, those born 1981 or later) are far more serious than preceding generations – and interested in financial security. The survey was conducted among British youth, and it found that values such as environmental sustainability and making the world a better place joined financial security as key priorities for young people. Interestingly, the Intead survey also found Millennials to have very practical ambitions, but some of the more idealistic values we noted in the Voxburner study were not as evident.

The top five student goals “for the next seven years” reported in the “Know Your Neighborhood” report are:

The survey question that asked students about their top goals really illustrated the fact that student perspectives vary by region. For example:

These are only some of the differences across the sample – and they abound in the responses to many other survey questions as well. The differences underline the truth of the report’s main takeaway:

“Such insights help you plan how to use your resources, where to send your travel team, where you may want to rely on recruiting agents and who signs outgoing emails to prospective students…the key to an effective marketing strategy is differentiation.”