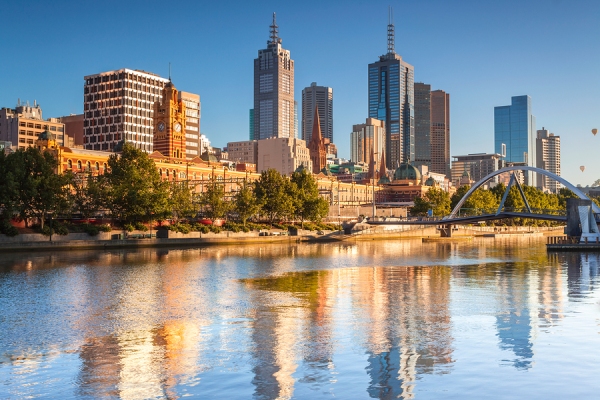 There is some final counting to be done but the latest numbers from Australia confirm that 2015 was another strong year of growth for international education exports. The Australian Bureau of Statistics (ABS) reports that export income from education services was AUS$19.65 billion (US$13.85 billion) in 2015.

This represents an increase of 11.5% over 2014, and was accompanied by a 13% in education-related travel spending in Australia over the same period.

“The latest global education data from the OECD showed Australia was the third most popular study destination for international students after the US and UK and one of the few major destination countries to increase its global market share over the last decade,” said Minister for Tourism and International Education Richard Colbeck.

The latest figures confirm that Australia has now seen two solid years of double-digit growth, and they are reinforced by the latest year-to-date enrolment data through November 2015 from the Australian Department of Education and Training.

Updating its previous data release for YTD June 2015, the department reports 640,922 enrolments “by full-fee paying international students in Australia on a student visa” for YTD November 2015. Shadowing the overall growth in export revenues noted above, this works out to a 10.3% increase over the same period for 2014 and compares to an annual average growth rate of 6% over the previous ten years.

Higher education continues to account for the lion’s share of international students in Australia with 42.4% of all enrolments YTD November. Growth through November 2015 fell just short of double digits at 9.3% (7.9% increase in commencements), however, and it was the VET and school segments that helped push the overall export growth in 2015. VET enrolments were up 14.2% YTD November and school numbers increased by 11.9%, with a 11.9% and 15% increase in commencements respectively.

All told, there were 373,734 commencements YTD November 2015 for an 8.4% increase over the same period in 2014. This puts enrolment performance for 2015 slightly above the ten-year average of 7.3% for commencement growth.

Lower growth values for the ELICOS segment (English Language Intensive Courses for Overseas Students) persisted through November with an overall increase of 7.8% YTD November (6.4% increase in commencements). This will be an area to watch given the important role that ELICOS enrolment plays in driving downstream growth. As we reported in 2014, the ELICOS sector is the first study pathway point for two in every five international students in Australian tertiary education, and almost two-thirds of students completing an ELICOS course progress to further study in Australia.

China and India still the drivers

The top five sending countries for Australia – China, India, Vietnam, South Korea, and Thailand – accounted for 51.1% of all international enrolments YTD November. China and India were the story again this year, with China showing particularly strong growth and a remarkable 26.5% increase over YTD November 2014. Vietnam held its spot as the number three sending market but was essentially flat in 2015, whereas Korea and Thailand edged up by just over 4% each over 2014 levels.

Outside of the top five senders, Brazil, Nepal, Pakistan, Hong Kong, and Colombia were all notable gainers with double-digit growth YTD November 2015.

“Most Australians think of minerals or agricultural produce when asked about our top export earners,” adds Minister Colbeck. “However international education is actually Australia’s largest services export and is one of five key sectors that will provide economic growth into the future.”

The Minister took the opportunity last week to reinforce his commitment to Australia’s ongoing process to develop its first national strategy for international education.

The government released its draft ten-year strategy for consultation in April 2015, and subsequently held roundtable discussion with stakeholders in June and August 2015.

Among other elements, the strategy aims to harmonise priorities in other key government plans, including the National Innovation and Science Agenda, and the Department of Foreign Affairs and Trade’s Global Alumni Strategy.