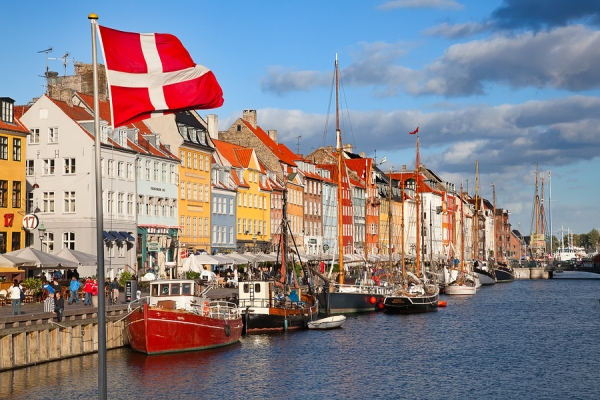 It sets out that “Danish higher education institutions wish to improve and strengthen international cooperation and promote Denmark as an attractive high-quality place of education for international students,” and establishes that Danish institutions must “provide proper, relevant and adequate information on their educational programmes, including on the quality of programmes, their placement in the Danish educational system, services offered to international students, possible tuition fees and living costs.” Institutions are also obliged to provide information on the language of instruction, language requirements and any other admission requirements.

“The education systems of different countries can be difficult to understand. These new common guidelines will encourage students to choose Denmark by providing them with an overview of Danish educational institutions and the quality of the programmes.”

The previous Code of Conduct affecting Denmark’s higher education sector was published in 2010, but it was adopted by only eight universities, and it did not apply to the university-college sector. The new code will cover all higher education institutions.

The code includes guidelines for how educators are to conduct themselves with prospective students, those who apply but fail to gain admission, and admitted students. For example, educational institutions are required to:

The new code also encourages higher education institutions to help internationals integrate into local environments “academically as well as socially,” recommending that foreign students be placed in student groups with “a different background,” as well as with a “substantial proportion of Danish students.”

Education institutions are the Code of Conduct’s main focus, but the document also outlines student responsibilities. In a section entitled “Conditions for Staying in Denmark” the code discusses circumstances that might result in the revocation of a residence permit, such as violations of Danish student labour regulations. Schools are required to inform the Danish Agency for Labour Market and Recruitment if a student stops participating in his or her study programme without proper justification.

Lastly, the code addresses agent responsibilities, as well as how educators must conduct themselves when they partner with agents. For example, schools must ensure that agents adhere to the code of conduct, and that agent remuneration is transparent. Danish institutions are also responsible under the code for monitoring both agent experience and student satisfaction with agents.

The code of conduct coincides with a push by Danish schools to increase their recruitment activity. International students have a significant positive impact on the Danish economy. A recent study by the Danish think-tank DEA shows that in the 12 years leading up to 2008, international students contributed approximately US$24 million even after deducting educational costs from total student spending.

The same study found that if Danish employers were to hire enough international students after the students have graduated from Danish education institutions, the economic benefit (including significant job creation) would be greater than the cost of educating those students.

Denmark charges fees to foreign students from outside the EU and European Economic Area. Introduced in 2006, these range from between €6,000 to €16,000 per year for full degree students. Inbound mobility initially dropped, but in the last few years the number of foreign students in Denmark has doubled. Much of the influx is from Europe’s southern perimeter – Spain, Greece, and Italy are all sending twice as many students as they were in 2011.

Chinese numbers are up as well. China is by far the non-EU/EEA country with the most students in Denmark, making it a top ten sender. Mobility from the United States is also on the rise, having doubled in recent years, according to the International Institute of Education (IIE). Other non-EU/EEA countries with a strong student presence in Denmark include Nepal, India, Russia, and Iran.

With these facts in hand, government officials have proposed various measures for attracting and retaining more international students from outside Europe. These include a 32% tax cap on the earnings of foreign workers, job search help, fast-track arrangements for companies that hire foreigners, and streamlined immigration, banking, and health service procedures for international students.

Budget cuts on the way

However, these plans stand in contrast to recently announced cuts to Danish education spending. Over the next four years, the sector faces 2% reductions each year totalling US$1.2 billion.

Because the government had not addressed the subject during the June election, the cuts came as a surprise to educators. The University of Copenhagen’s Prorector for Education Lykke Friis called the new government’s announcement “a blow to the solar plexus.”

It remains to be seen which areas will be most affected by the cuts because the government has directed rectors to “find the savings in the different institutions.”

Education Minister Larsen, speaking to a group gathered at the University of Copenhagen for an event called The Day of Education, apologised for the cuts, but added that educators themselves were responsible for the quality of education students receive. He said:

“In my opinion the quality of education does not improve whether you have class eight times or 28 times. If students feel they are not getting enough classes or feedback, then they have a responsibility to find ways to do something extra.”

The tighter budget comes on the heels of other recent reforms to the higher education sector, such as a push to make students graduate more quickly, and the introduction of quotas designed to limit student enrolment in fields considered to offer low employment prospects.

The government also plans to trim the national research budget by more than US$200 million a year, with the Danish Council for Independent Research slated to lose 30% of its funding, and the Innovation Fund Denmark set to lose 41%. Many business leaders expressed the same surprise as education leaders, with Danish Chamber of Commerce director Jens Klarskov calling the cuts “a step in the wrong direction.”

The current government embraces a free market, and with Denmark’s GDP lagging in recent years, international educators planning to work or partner in the country will want to be on the lookout for further budgetary reforms. But it should also be noted that the current administration came out of the last election with only 19.5% of the vote, making for the weakest governing mandate since 1973. As such, any further changes to the education sector may not come easily.