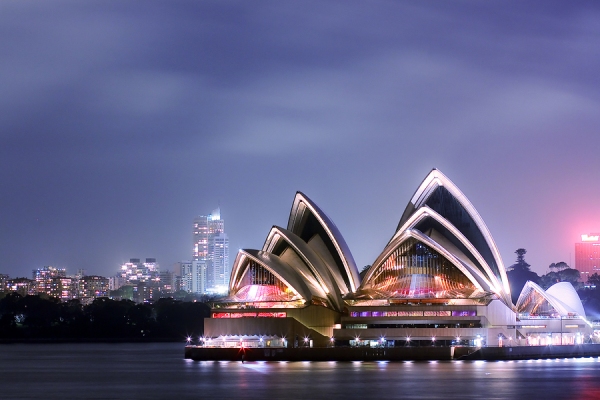 A recent report from Australia’s New South Wales Independent Commission Against Corruption (ICAC) has touched off considerable debate in Australia as to the incidence of fraud in international student recruitment, including related impacts on academic standards in the country’s universities.

Learning the hard way: managing corruption risks associated with international students at universities in NSW is based around a series of observations as to the potential fraud risks facing universities in New South Wales (NSW), the most populous region in Australia and home to the capital of Sydney as well as 11 universities. Essentially, the paper asserts the following:

The ICAC report was released on 16 April 2015 and followed shortly after by an investigative documentary by the Australian Broadcasting Corporation’s Four Corners news programme.

The ABC report purports to show two Chinese education agents indicating that academic records could be falsified for submission to Australian universities. As Inside Higher Ed has reported, however, “The two agencies in question, Shinyway International and EduGlobal, have disputed their portrayal on the news programme as inaccurate or misleading. ‘The fact that ABC could only pick out two out-of-context and edited sentences made by the EduGlobal adviser from a 20 minutes’ counseling session has shown that the ABC could not prove their point of ‘corrupt agencies’ with respect to EduGlobal, the latter agency said.’”

By any objective reading, both the ICAC report and the related ABC news programme rely heavily on general assertions and anecdote to support their findings. As such, the ICAC report is not a finding of fact with respect to fraud or academic misconduct. Rather, it is an identification of the risk of fraud or misconduct to which NSW universities could be exposed.

In indicating why the Commission produced the report, ICAC notes, “There is a widespread public perception that academic standards are lowered to accommodate a cohort of students who struggle to pass.” Many of the report’s observations – and those of the Four Corners investigation – appear to flow from this underlying belief. However, other observers have since responded to challenge those assertions and to question the level of sectoral input or expertise reflected in both reports.

The International Education Association of Australia (IEAA), for example, has released a statement to say, “IEAA maintains that the Four Corners programme lacked consultation with key industry representatives. In fact, when IEAA contacted the programme last week to suggest the need for sector-wide input, they were informed by the programme’s senior journalist that this was unnecessary.”

Emmaline Bexley is a lecturer at the University of Melbourne and Thao Vu is a PhD candidate at the same university. In a recent post on The Conversation, the two challenged what they perceive as a limited view of the international student experience in the Four Corners programme.

“Anecdotal evidence about plagiarism is a good example here. The programme explicitly drew a link between the surge of overseas students and ‘the increase in plagiarism’, blaming the rising participation of international students in Australian tertiary education for falling academic standards.

Others, including Sophia Arkoudis, an associate professor and the deputy director of the University of Melbourne’s Center for the Study of Higher Education, have framed the issue more in terms of a widening access to postsecondary education in Australia. “The issue around academic standards is a really big one for Australian universities because we’re widening participation,” said Ms Arkoudis. “We’re bringing in more diverse students, including from within Australia…If you’re widening participation, and the entry standards that we’re using to allow students into university are broadening along with that, we really need to focus more on what our exit standards are going to look like in order to protect the academic standards of Australian universities.”

The ICAC report is accompanied by a series of recommendations as to how NSW universities can prevent fraud and misconduct. However, these rely heavily on best practices already advanced by universities in Australia, and in particular by the universities contacted by ICAC during its research.

“Investigation and discourse into international education in Australia is welcomed and highlights the importance of this ‘major industry’, as ABC commented,” said IEAA President, Brett Blacker. “Whether it be through institutional compliance frameworks related to our Education Services for Overseas Students (ESOS) legislation and National Code, or more recent policy initiatives such as Streamlined Visa Processing (SVP), Australian universities continue to be at the forefront of compliance based processes for the admission of genuine students.”

ICAC found that all universities in NSW had experienced incidents of fraud in dealing with international students or agents. However, argues Mr Blacker, this is not an indictment of current practices within NSW’s institutions; rather, “[It] verifies the effectiveness of many of the control mechanisms in place.”

Some of those controls and best practices currently in use in NSW universities, and directly reflected in the ICAC recommendations, include:

ICAC offered a further recommendation with respect to establishing a clear separation between the compliance and business development functions within universities’ international operations. “Compliance” in this context refers to the establishment and enforcement of academic standards. This responsibility is naturally distributed widely across the university but, as it pertains to international students, it has a particular focus in the admissions office. We can therefore understand this recommendation to be advancing a clear functional and management separation of the international admissions and international recruiting functions within the university.

From best to better practices

Such practices have emerged within NSW universities (and, indeed, in universities in major destination markets around the world), because of the need to detect and prevent academic fraud from both international and domestic students alike.

As American International Recruitment Council (AIRC) Executive Director, John Deupree recently said to Inside Higher Ed, “Fraud and misrepresentation can occur at any point along the enrolment spectrum – beginning with parents, students themselves, third parties and both sending and receiving educational institutions.”

Universities Australia Chief Executive Belinda Robinson agrees, “As with any multi-billion dollar sector, there are risks, as both Four Corners and the NSW Independent Commission Against Corruption concede. Universities have been working continuously to reduce and mitigate them through ever-evolving processes and systems, plagiarism detection software, new taskforces, and terminating the use of suspect agents.”

“Any evidence of cheating, lax academic standards, and malpractice…should be condemned and thoroughly investigated by the appropriate authorities,” Ms Robinson added. “Universities are determined to protect Australia’s hard-earned reputation for the provision of high quality education and are taking action through institutional, national and international initiatives to reduce any fraud or misconduct.”

As Ms Robinson’s comment indicates, Australia’s international education sector has taken, and continues to take, concrete steps to improve practices and controls with respect to academic fraud or misconduct.

For one, the IEAA is in the midst of a project to examine the potential for an expanded quality framework for education agents. “Australia has an enviable record of quality assurance measures relating to international students, including the establishment of the ESOS Act, National Code and an online training course for agents,” says an IEAA statement. “However, the governance of education agents is currently self-regulated and relies on education providers to provide contractual, financial and other support as a means of quality assurance.”

The current research project is supported by the Australian Government Department of Education and Training and will investigate what such a framework might look like, including possible options such as a code of ethics and accreditation system. It will also include an assessment of global best practices.

As the IEAA statement suggests, the Australian government’s introduction of Streamlined Visa Processing (SVP) in 2012 has been a contributing factor towards greater oversight and quality controls in international recruiting in the years since. The ICAC report says of the impact of SVP:

“[It] requires universities to proactively monitor their education agents to ensure their risk rating remains below problematic levels. The visa changes shifted much of the visa management responsibility onto the universities and made universities responsible for monitoring their agents and for ensuring that the students they enrolled were genuine.

Universities have been responding to concerns around integrity by improving their due diligence on agents, utilising their data on student performance, forming and investing in close, mutually rewarding relationships with high-integrity agents (including increased auditing rights) and regularly sharing information with other universities and [government]. The effect of legislative changes has been significant. SVP places the burden, and therefore cost, of vetting applications onto universities and can penalise them for approving student applications that the department later rejects or revokes. Universities across the sector have, consequently, adopted a far more targeted approach towards agents, trying to use agents the university thinks will provide graduating students.”

As these concrete examples illustrate, increasing quality controls in international student recruitment in Australia have been both a product of regulatory change (via ESOS legislation and more recently through the introduction of SVP), and by industry moves towards greater self-regulation (most recently through the IEAA’s current initiatives towards a strengthened quality framework for education agents). This reflects a similar trend towards enhanced quality assurance across the international education sector in major destination countries, and, to different degrees, among agency associations in key source markets.

In that sense, if the ICAC and Four Corners reports are a call for stronger quality controls and standards within international education, Australian educators and their international partners have a compelling response to offer in the form of policies and processes already in place today as well as those that are leading to better practices for the future.