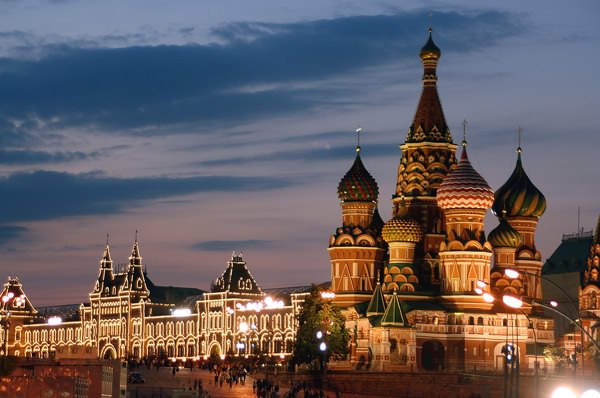 Russia is in the midst of a currency crisis. The rouble has lost half its value year-to-date, falling from 32.65 per US$1 on 6 January to 59.60 as of 19 December. To put that in even starker terms, it now takes nearly twice as many roubles to buy a US dollar as it did at the start of the year.

Earlier this week, the Central Bank of Russia took the dramatic step of hiking interest rates from 10.5% to 17% overnight. The move, while designed to fend off further declines in the national currency, had the opposite effect. Financial markets perceived it as an act of desperation and the rouble fell off sharply in trading on Tuesday, 16 December, losing another 10% of its value along the way.

The bank had better luck on 17 December when it announced a series of additional measures designed to build market confidence and shore up the battered rouble. The currency rallied as a result but modestly, and Russia is now almost certainly heading for recession in 2015. President Vladimir Putin has indicated that the economic turbulence rocking the country today could last for up to two years.

The New York Times quotes Mr Putin at his year-end press conference: “We are going through a trying period, difficult times at the moment,” he said. “I would not call the situation a crisis. You may call it whatever you want.”

The contending views and forecasts of politicians and market analysts will be on full display in the weeks and months ahead. Objectively, however, the Russian economy is facing some significant challenges that will pass neither quickly nor easily. Western sanctions arising from Russia’s intervention in Ukraine are a factor. And concerns have been mounting about the foreign debt loads carried by Russian corporations, roughly US$100 billion of which must be repaid in 2015 alone. These are serious drags on the Russian economy to be sure but the real story of the rouble’s collapse this year is rooted in something else altogether: oil.

Russia is highly reliant on oil revenues, which contribute more than half of the federal budget and account for roughly two-thirds of Russian exports. World oil prices, which averaged US$100 per barrel over the first half of the year, have plunged in recent months. As of mid-December, oil had dipped below US$60 per barrel for the first time since 2009 and the prospects are dim indeed for any sustained return to early 2014 prices in the foreseeable future. As long as oil stays below US$90 per barrel, the Russian budget will be under pressure and the Central Bank’s capacity to stabilise and strengthen the economy will be called into question.

Significant devaluations in national currencies are most keenly felt when people try to spend the weakened currency outside the country: to buy imported products, for example, or to travel abroad. As soon as that devalued currency has to get converted into US dollars or euros or anything else, that’s when its reduced purchasing power becomes all too clear.

This is the significance of the current economic tumult in Russia for foreign educators and recruiters, and it raises the question as to how the rapid devaluation of the rouble over the second half of this year will impact on outbound student mobility in 2015 and beyond.

The currency has fallen far and fast in recent months – and plans and payments for study abroad are typically made relatively further in advance – so it is too early to make any meaningful assessment of how mobility will be affected in the coming year.

However, there are some early reports of dramatic declines in recreational travel bookings over the past quarter and those are significant as they may provide some directional indicator with respect to near-term mobility trends.

The Wall Street Journal reports, for example, “The rouble’s plunge against the euro and the dollar is upending the lives of many in Russia’s middle class, which in recent years has gotten used to vacations abroad and Western products from gadgets to food… Among the sectors hardest hit already is tourism, which normally enjoys a bumper start to the year when Russians take vacations for the New Year and Orthodox Christmas on 7 January… ‘Everything has collapsed,’ said Irina Tyurina, spokeswoman for the Tourism Industry Union. She said bookings were down by more than half, forcing many tourist companies to cancel charter flights and sell off vacation packages at a loss to recoup at least some cash.”

The Moscow Times adds in another recent report, “Tour operators saw demand for travel abroad fall 60% as the rouble plummeted through October and November.”

Part of that travel demand clearly gets redirected to domestic destinations where a rouble is still a rouble, but another portion of it shifts to lower-cost destinations such as Eastern Europe, Turkey, or Asia.

If this same pattern translates to student mobility, education providers may see more price competition and price sensitivity among Russian students and families in 2015, and more affordable destinations may have an extra edge in the Russian market going forward.

These are trying times for Russia’s economy but the country has shown its resilience, as well as its increasing importance as an education market, time and again. Those are qualities that will serve it well as we turn the corner into 2015 and into a year of new challenges and opportunities.

This entry was posted in Europe, Regions, Russia.