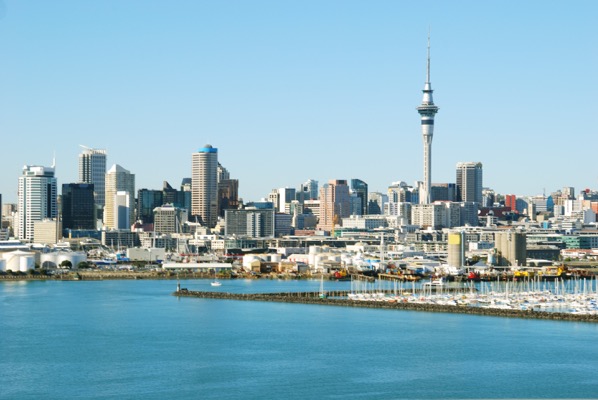 After years of flat or declining international enrolment, New Zealand began to turn the corner in 2013. More specifically, after a tough start to the year – which saw January to April enrolment fall off by 5% compared to the same period in 2012 – the country began to make some modest gains with foreign student numbers increasing 4% from May to August and another 2% from September to December.

And now, as 2014 draws to a close, those promising indicators from last year are looking more and more like the start of a longer-term trend.

While detailed statistics for the full year are not yet available, the January to April international enrolment figures have been published and they show an increase of 8% over the same period for 2013.

Both trends bode well for New Zealand’s stated ambition to double the economic impact of its international education sector from NZ$2.6 billion today to NZ$5 billion by 2025. Education New Zealand has estimated that the sector will need to grow by an average of 5% per year in order to reach that 2025 target. If that’s the case, then the growth projected for 2014 will be a great step towards the country’s strategic enrolment and economic impact goals.

The Immigration New Zealand (INZ) data provides a valuable window on enrolment trends in the country, especially as it is very timely, with only about a one-month lag between the point at which a visa is issued and the point at which INZ publishes its visa counts.

However, there are a couple of important cautions that accompany the immigration statistics, most notably the following:

With those constraints firmly in mind, Education New Zealand draws on the INZ data to report the following highlights for the first 11 months of 2014.

In an interesting departure from last year’s trend for the private training establishment (PTE) sector – where enrolment was essentially flat overall in 2013 – visas issued to foreign students enrolled at PTEs are up sharply at 84% YTD.

As the following chart illustrates, the total numbers of student visas issued month-by-month for 2014 is on pace to meet, if not exceed, the recent-year highs recorded in 2010.

It will be interesting to see how the YTD visa issuance stats compare to actual enrolment for the full year when Education New Zealand publishes its complete annual tracking report for 2014.

For the moment, the interim report for the first trimester – that is, for January to April – shows an 8% gain over the same period in 2013. This represents an increase of 5,110 additional international students for the first four months of the year.

However, new students from the two countries tend to choose distinct study paths in New Zealand.

As the following table reflects, these two national groups had a profound impact on the overall growth by sector across the New Zealand system.

Education New Zealand adds, “The first trimester of 2014 was the strongest first trimester on record. With the exception of the intermediate school sector, the international education industry experienced a positive start to the 2014 academic year. The secondary school, university and ITP sectors experienced record high enrolment numbers…The ELS sector has been experiencing a decline in student enrolments since 2011. The flat result for 2014 is a positive indication that the sector has slowed the overall decline.”

Going forward, Education New Zealand projects considerable upside and room to diversify beyond the country’s 2013 enrolment of 97,283 students and on the way to its 2025 target of 143,000 students.

A recent ministerial briefing note points out that China and India account for nearly 40% of New Zealand’s international students today and adds, “At present, changes in the number of students coming from China and India can significantly affect the success of the industry or a particular sector.”

The same briefing indicates that 76% of the country’s international students study in the capital city of Auckland, and argues for increased efforts to build enrolment in regions throughout New Zealand.

With 2015 just around the corner – and as the worst effects of both the 2008/09 global economic crisis and the 2011 Christchurch earthquake are at last beginning to fade – it seems that New Zealand is poised to realise greater benefits from the efforts it has been introducing in recent years such as increased marketing outreach, streamlined visa processes, and expanded work rights for foreign students.