The number of Philippine students studying abroad is up sharply in recent years, fuelled by a rapidly growing economy, high levels of youth unemployment, strong outbound migration, and a strengthening field of education agents. 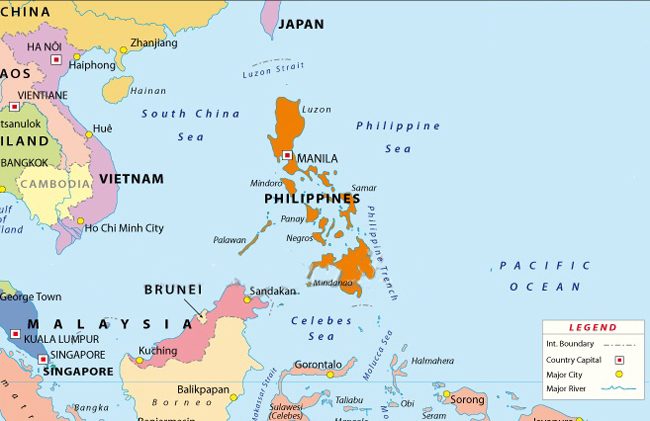 Major destinations include the US, which accounted for 27% of outbound enrolment in 2012, Australia (21%), and the UK (12%). While the US remains the leading destination, some reports suggest that both the UK and US are losing market share in recent years as Philippine students began to look at alternative destinations in the wake of the global economic crisis of 2008, and concerns that arose from that period about the health of the US economy.

The Australian Council for Private Education and Training (ACPET) adds, “The UK has also experienced a decrease in student numbers as a result of negative perceptions about their economy and also stricter visa procedures.”

From 2008 on, other English-speaking destinations with large Philippine migrant populations, including Australia and Canada, have grown in popularity. (English, along with Filipino, are the official languages of the Philippines and English is the medium of instruction in many of the country’s schools and universities.)

As the following video reflects, the programmes most in demand among Filipino students include business and management, health sciences, social sciences, and the arts.

The population of the Philippines is approaching 100 million, and is projected to pass 128 million by 2030. However, population growth has slowed in recent years and, as a result, the population will skew somewhat older by 2030 with those aged 0-14 accounting for 27% of the country’s population by that point (as opposed to 33% in 2010).

Even so, the Philippines is projected to have one of fastest growth rates in higher education participation among emerging markets this decade. The British Council estimates that 700,000 additional Filipino students will pursue tertiary education by 2020, a 26% increase over 2010 levels.

The Philippine economy took off in 2012, growing 6.6% that year compared to a more modest 3.9% growth rate only a year earlier. It has maintained the same lively clip through the first half of 2014, and was the fastest-growing ASEAN economy in 2012 not to mention the second-fastest in Asia (outpaced only by China that year).

An ACPET market commentary adds, “Due to strong economic growth, key industries require professional and skilled workers who meet international standards. The government has identified priority sectors, including tourism, infrastructure and agriculture. In addition, demand for high calibre talent is being driven by growth in industries such as banking and finance, ICT and business process outsourcing and advanced manufacturing.”

These priorities are no doubt intended to address some of the persistent structural issues in the Philippine economy, notably high levels of youth unemployment. Overall unemployment rates in the country climbed to 7.5% early in 2014, after having traveled in the range of 6.5-7.1% over the previous year. As is the case in many world markets, however, employability is an even bigger concern for youth. “Unemployment among younger graduates can be as high as 45%,” reports University World News. “Employment prospects for those under 29 years old are particularly poor. Almost 50% of the population aged 15 to 23 is unemployed.”

It appears that this challenging employment outlook at home has combined with a hot economy (and growing family incomes) in recent years to boost the number of outbound students. UNESCO reports that the vast majority of Philippine students are self-funded and adds, “The growing number of non-scholarship or unsponsored overseas Filipino students could mean that the country now has more affluent families who can afford to finance studies abroad. There may be other explanations for this development, though, such as overseas studies serving as entry, transit or a concurrent channel for overseas employment.”

The Philippine education system has been the focus of considerable reforms in recent years, both in its K-12 system and in higher education.

Of particular note has been the expansion of the secondary education system to include two additional years of study. Students now study for 12 years of basic education, rather than under the previous 10-year system, a move that has led the government to dramatically expand school facilities and to projections that 81,637 additional teachers will be required for Philippine schools in the years ahead. This systemic change effectively removes a serious historical impediment to outbound mobility: the basic education qualifications of outbound students.

More recently, the Philippine government has announced a number of further initiatives:

These reforms are designed to improve the competitiveness and quality of the education system. It remains to be seen what impact they may have on outbound mobility, particularly in relation to broader shifts in demographics and economics that are in play in the Philippine market this decade.

Another impact to watch closely will be the extent to which such measures further boost the appeal of the Philippines as a regional study destination.

With its expanding education system, affordability, and widespread use of English, the Philippines continues to emerge as an important education hub in Southeast Asia and to attract increasing numbers of students from across the region.

The Philippine Bureau of Immigration reports that student visa approvals were up 14% in 2012 for a total of 47,478 student visas and permits compared to 41,443 in 2011. World Education News & Reviews adds that, “Most students in the Philippines are there on special study permits (SSP), which are issued for short courses, such as English language training, and for primary and secondary schooling. A total of 31,000 SSPs were issued [in 2012] versus 16,478 student visas, typically aimed at those studying at universities or colleges.”