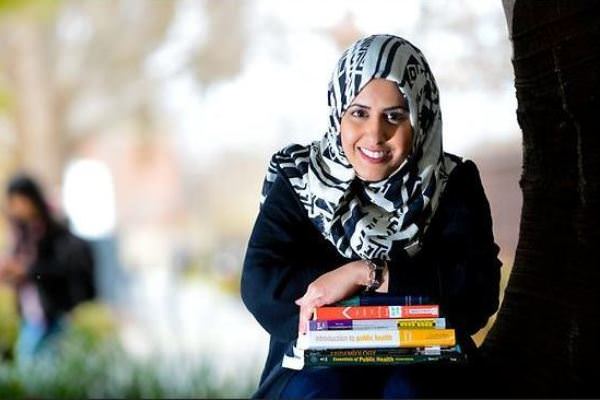 Saudi Arabia has quickly become one of the most important international education markets in the world in recent years. It is now the fourth-largest source of foreign students in the US – after only China, India, and South Korea – and a major source country for Canada and other leading global study destinations as well.

Much of this dramatic growth in Saudi mobility has been fueled by the massive King Abdullah Scholarship Program (KASP). The programme began in 2005, originally with a five-year time limit. In 2007, King Abdullah extended the programme for another two years and in 2009 a further three-year extension was granted. Most recently, the programme was again extended in 2012 and is now confirmed through 2020.

KASP provides full funding – for both undergraduate and graduate studies abroad – for roughly 125,000 students per year.

Needless to say, such substantial government investment in mobility has greatly accelerated the internationalisation of higher education in Saudi Arabia. However, with roughly 58% of its population under the age of 25, the Kingdom has one of the largest youth demographics in the world and in that respect, its true market potential goes well beyond the immediate impacts of KASP. Nearly ten years after the inception of the programme, and with increasing numbers of KASP alumni both returning to Saudi Arabia and continuing to work or study abroad, we might begin to look for additional signs of expanding internationalisation in Saudi education.

In fact, some indicators have appeared recently in the form of reports for growing demand for international school enrolment within Saudi Arabia, and also in major education reforms announced by the Saudi government.

The appeal of international schools

The Saudi Gazette reports on a recent study carried out by Muhammad Omair Al-Khalidi, professor of education at Umm Al-Qura University (UQU). It found that 70% of Saudi parents prefer to have their children enrolled in international schools – that is, primary or secondary schools within Saudi Arabia that emphasise English proficiency, international curricula, and contemporary teaching techniques.

“Unlike international schools, the method of learning at government schools and even some private schools is based on traditional rote learning. This system does not help develop a child’s personality. It is the need of the hour for schools to update their teaching methodologies and concentrate on teaching the English language.”

The Saudi Ministry of Education has given its approval for students to be enrolled at international schools in the Kingdom, provided that the schools have been assessed to an acceptable standard by the Ministry and that the school ownership is Saudi.

The move is not without controversy and some parents and educators are concerned that a greater emphasis on international curricula will mean less time for Arabic and religious studies – both of which are traditional areas of focus in Saudi public schools. Another parent, Khulood Al-Othman, picks up these points in her remarks to the Gazette: “I had enrolled my daughter in an international school because of my desire to make her proficient in English. But after some time, I realised that learning English came at the expense of Arabic and religious subjects.”

The Saudi government, primarily through the oversight of the Ministry of Education, appears to be trying to strike a balance between providing access to international curricula and maintaining some emphasis on traditional subjects as well. This is a challenge that will no doubt no be carried forward in a new education plan announced in May 2014.

Reuters reports that King Abdullah has approved a five-year, 80 billion riyals (US$21.33 billion) plan to strengthen Saudi Arabia’s education system. The plan includes significant investments in both facilities and teachers, including an ambitious target to train up to 25,000 teachers. The Kingdom is looking beyond its borders for providers, such as Pearson, who can assist with quality control and programme development.

“The state education system’s traditional focus on religious and Arabic studies means Saudi has struggled to produce the scientists, engineers, economists and lawyers that it needs,” said the Reuters report. “King Abdullah had launched an overhaul of state schools and universities, part of a raft of reforms designed to ease the influence of religious clerics, build a modern state, and diversify the economy away from oil to create more jobs.”

Reducing unemployment is also a key motivator behind the Kingdom’s plans to open 27 new technical colleges this September. Labour Minister Adel Fakeih announced that with the help of “major international service providers, the new colleges would accommodate 53,000 Saudis and provide them with advanced technical training. He said four million Saudi graduates would enter the job market over the next ten years. Some 600,000 Saudis – including 300,000 university graduates and 330,000 high school graduates – flood the market every year.”

Economist John Sfakianakis recently wrote about the need for more vocational and technical training in Arab News, citing compelling statistics such as:

Both the emerging demand for international school education and the Kingdom’s major new investments in education point to an increasing internationalisation in Saudi education – a trend that will likely result in improved levels of language proficiency and a strengthened capacity for international mobility for graduates of the Saudi system.