New data indicates that the global English-medium international schools market is predicted to see significant growth in 2014 and into the foreseeable future. The latest figures published by The International School Consultancy Group (ISC) indicate that there are now 7,017 international schools around the world meeting the learning needs of over 3.5 million students, all using English as the language for learning.

The latest data from ISC is continued good news for a market that has been growing steadily for the past ten years and which, during 2013 generated US $35 billion (£21.4 billion) in annual fee income alone. 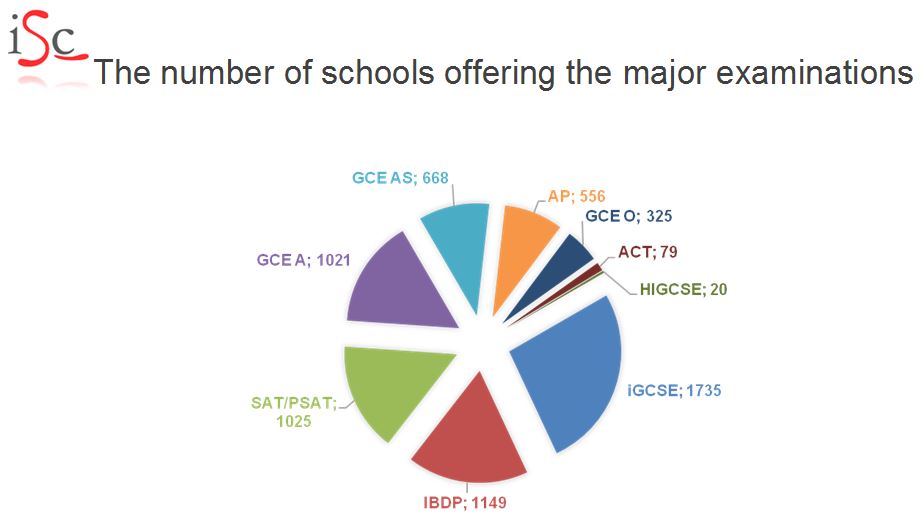 Nearly 30% of all international schools today are bilingual with English as the primary language of learning usually combined with the local language. This represents an increasingly popular overarching international school ethos that blends local culture and language with an English-medium global learning approach.

Recent market growth has, in the large part, been focused in Asia; 21 countries now have over 100 international schools, 11 of which are in Asia (ISC includes the Middle East in Western Asia). The lead country continues to be the United Arab Emirates with 428 international schools followed closely by China which now has 417 schools. Pakistan and India both have over 350 schools and Japan has more than 200. Other countries with over 100 international schools are Hong Kong, Indonesia, Malaysia, Thailand, Qatar, Saudi Arabia, Mexico, Argentina, Brazil, France, Germany, the Netherlands, Spain, Egypt, and Nigeria.

The countries that experienced the most significant growth in 2013 were the UAE with 45 new schools and Brazil with 41. Other countries that saw major growth were Saudi Arabia, India, China, Egypt and Indonesia. 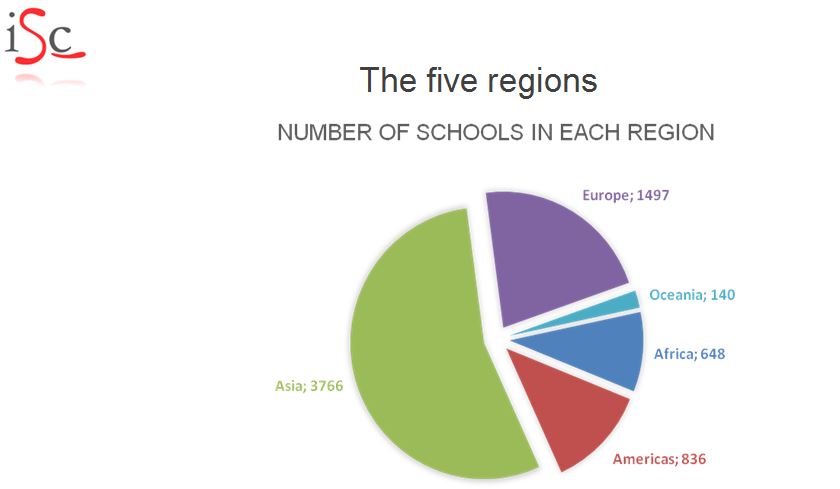 Number of international schools around the world. Source: ISC

Currently, 80% of the demand for places at international schools now comes from wealthy local parents who want their children to receive a quality, English-speaking education in order to access the best options for university and higher education. This is a significant change from 20 years ago when international school places were dominated by expatriate students. Nicholas Brummitt, Chairman of ISC, explains the effect of this demographic change:

China is one country generating much interest right now. China has 200 million school-aged children and a rapidly growing middle class (including at least 2.5 million millionaires). An increasing number of these families are demanding an international education.

“The potential for growth of international schools in China looks enormous,” says Mr Brummitt. “If this potential is realised, growth in China is likely to dwarf growth in any other country.”

Another development affecting future growth in Malaysia has been the establishment of two new education hubs for the country: Education City in Kuala Lumpur and EduCity in Iskandar. Both hubs will provide high quality internationally-oriented education for all ages, including universities. These education hubs, along with several other new international school developments in other regions of Malaysia, are not only designed to further attract skilled expatriates to the country, but are also aimed to increase options for local citizens and, as a result, reduce emigration of the Malaysians who are currently choosing to move overseas for an improved standard of education.

In Indonesia, growth potential is also being influenced by an increased demand from local Indonesian families who value the generally high standard of learning conducted in the English language, and the increased opportunities this offers for university education. There are no government restrictions on local citizens attending international schools in Indonesia and currently 47% of international school places are taken by local families.

In Singapore, it’s quite a different story because of the strict government restrictions on the number of local students able to enroll in most international schools (Singapore students account for just 4% of the total student population). As a result, they exist essentially for expatriate children but because of the increase in the number of skilled expatriates moving to Singapore, the demand for international school places continues to grow. There are currently 73 international schools in Singapore catering for almost 52,000 predominantly American, British, Australian, and Indian students. The Singaporean government coordinates the availability of international school places in line with expatriate demand and, as a result, several new schools have recently opened, many existing schools have expanded, and more new developments are underway.

Beyond Asia, ISC says that Brazil will be the country that sees most notable development. In the last academic year, 41 new international schools in Brazil were identified and added to ISC’s data, increasing the number of international school students there by 6,000.

The future looks very good. An increasing number of wealthy families want an English-medium international school education for their children.