When the Union of Soviet Socialist Republics (USSR) broke apart in 1991, a new loose association among some of the former Soviet republics, the Commonwealth of Independent States (CIS), was immediately formed in its place.

The CIS has little real power or legislated responsibility and has often been seen as more of a symbolic organisation that works to promote cooperation and coordination among the former Soviet bloc. It has, however, served as both a foundation and a forum for further collaborative efforts in the region.

By the late 1990s, some of the member states – notably Belarus, Kazakhstan, and Russia – began to build on this foundation to establish a more active economic collaboration, including a common market space and a customs union (both of which have come into force in recent years).

This new organisation, the Eurasian Economic Community (EAEC), consists today of Russia and four smaller former Soviet republics (Belarus, Kazakhstan, Kyrgyzstan, Tajikistan). Along with reflecting regional ambitions for greater political and economic action among the former Soviet bloc, the EAEC also highlights a political tension between Russia and the European Union, and the clear interest of the Russian government in maintaining a strong sphere of influence in the region.

This tension between an interest in broader cooperation with the EU and the establishment of a strong regional bloc reflecting Russia’s continuing influence have had profound effects already on the political and economic development of the CIS countries. It has played a part in the recent political unrest in the Ukraine on which the attention of the world has been fixed in recent weeks.

On a very different level, we see these contrasting ambitions reflected as well in a growing interest within the region in expanding internationalisation in education. The Russian government’s interest in this regard is well established, and reflected most recently in the announcement of a further US $1 billion investment this year alone to promote Russia as an international study destination.

Such investments reflect the significant national priority that international education represents in Russia, as we reported earlier this month on a recent high-profile speech by Russian President Vladimir Putin:

“President Putin’s December address at the Kremlin called for further efforts to strengthen higher education in Russia and for Russian institutions to expand their efforts to attract foreign students. It seems clear that higher education is seen both as an important incubator for innovation and the development of intellectual property in Russia, but also as an important export sector in its own right.”

Indeed, the number of foreign students studying in Russia has grown dramatically over the past decade. The OCED estimates there were 158,000 foreign university students in the Russian Federation in 2012/13. This is roughly three times the number of international students enrolled in the country in 2000/01. OCED notes as well that “most (over 75%) were nationals of other Former Soviet Union (FSU) countries (20% from Belarus, and 18% from Kazakhstan), and China led among the non-FSU countries, with 10,000 students.”

The Eastern European University Association (EEUA) recently conducted a survey of CIS universities to assess the readiness of institutions in the region to expand their international efforts. In total, 90 universities responded to the survey, primarily from Russia (72%) but also from Ukraine (15%) and other CIS countries (13%). 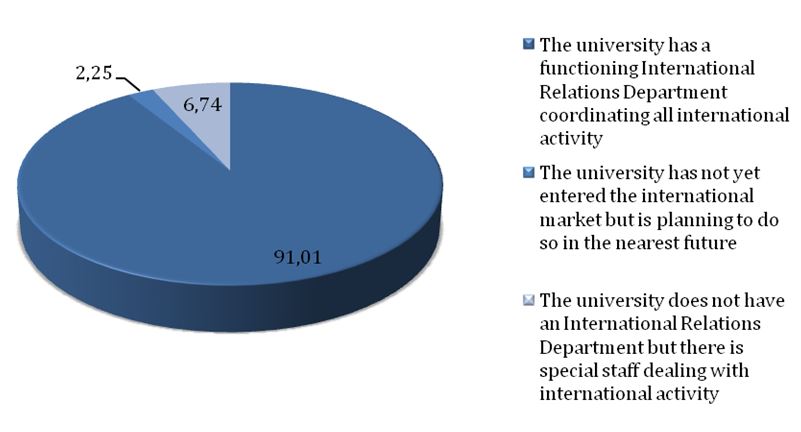 This growing interest in internationalisation is also reflected in the increasing prevalence of programmes taught in English within CIS universities. Nearly half of the responding institutions reported some level of instruction in English, with others indicating their willingness to expand their programming in English is dependent on student demand. The EEUA adds:

“These numbers are constantly growing as it becomes still more obvious that without English-medium programmes the university will simply lag behind its peers.” 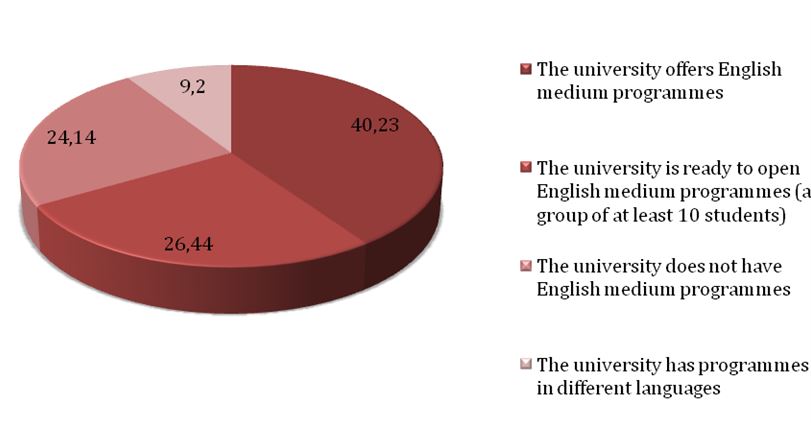 A majority of responding institutions have already established several international linkages each, and most are planning to expand their international programmes in the years ahead.

Nearly 70% of the responding universities indicated they currently have more than five active partnerships with foreign universities, and a further 29% claimed one-to-five international partners at present. 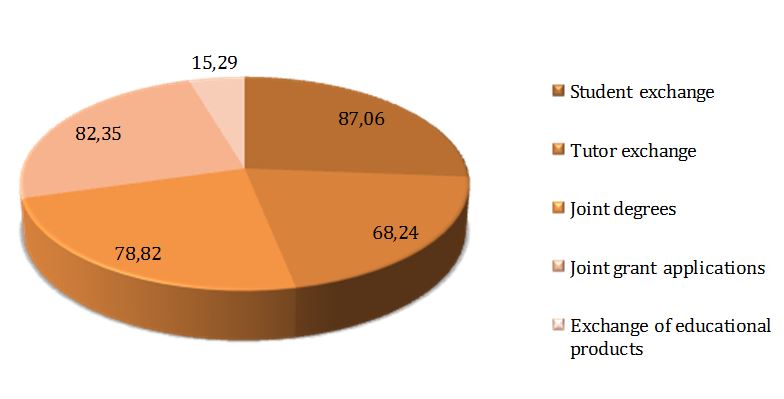 CIS universities are primarily building those international channels through international agent networks (43%) and direct cooperation with foreign institutions (36%). 54% offer information on their websites in their official languages, Russian and English, and a further 20% publish web content in more than three languages.

The EEUA survey provides an interesting window into the expanding internationalisation of universities in Russia and other CIS countries, demonstrating both the expanding international footprint of institutions in the region as well as an increasing readiness to build further international links in the years ahead. Particularly to the extent that education remains a strong national and regional priority – and as leading players in the region, notably the Russian government, continue to invest heavily in education – we can expect this expansion to accelerate going forward.