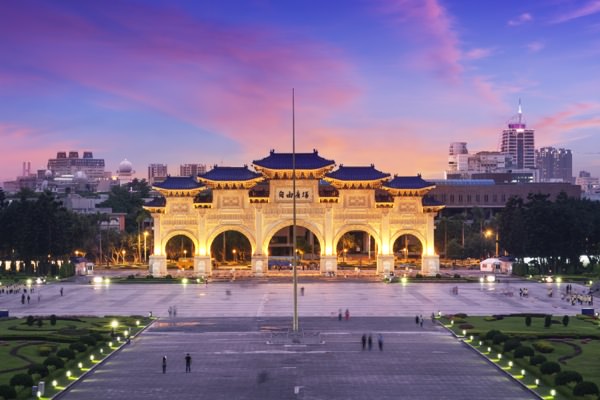 A November 2012 announcement by Taiwanese Minister of Education Chiang Wei-ning declared that six of the country’s national universities would merge into three. The announced mergers reflect the government’s determination to downsize and reduce costs in the face of steady declines in student enrolment.

The mergers will take place between the following pairs of schools:

University mergers have been in the works for years, however previous efforts failed to run smoothly. For instance, a merger between National Tsinghua University and National Hsinchu University of Education was considered by the Ministry of Education as early as 2006, but the institutions were unable to agree on how to carry out the process, how the personnel would be arranged, and what to officially name the merged university.

The Ministry of Education has now put together a screening committee to look at merger plans filed by national universities, and has unveiled a set of regulations designed to govern the process.

It also amended the country’s University Act to remove a regulation stipulating that public university merger plans must be approved by academic affairs committees. The amendment was ratified by Taiwan’s legislative body, the Legislative Yuan, earlier this year.

The Ministry of Education will directly propose merger plans for national universities for approval by the country’s executive branch, the Executive Yuan, after taking into account a range of factors such as scale, resources, curriculum, and location.

The MOE is looking at national universities and polytechnics that have less than 10,000 registered students, of which there are currently 53, however schools in remote areas such as National Taitung University and National Penghu University of Science and Technology won’t be merged.

In this context, “national university” is synonymous with “public university.” The Taiwanese constitution prohibits the Ministry of Education from undertaking mergers of private universities, which means that in order to achieve the goal of downsizing the higher education system, national universities are the only schools that can be considered for potential changes.

The push to merge universities comes about largely because Taiwan is caught in a demographic quandary. Its low national birth rate means that college enrolments have dropped, even as the island boasts the highest density of universities in the world – 162, including 53 national universities and 109 private institutions.

At least a quarter of Taiwan’s universities could face closure by 2020 for lack of students.

The decline that has hit the island has affected other nations in the region as well. As detailed on ICEF Monitor earlier this year, Japan, South Korea, and China are dealing with similar demographic problems. Taiwan’s merger initiative is one approach to the situation, but another element would be to attract more students. To that end Taiwan plans to throw itself into the international student recruitment fray as well.

MOE figures show that in 2011 there were about 10,000 international undergraduates, Masters students, and PhD candidates enrolled in Taiwanese universities. Adding in language and other types of short courses brings the total to about 48,000. The director of Taiwan’s Bureau of International Cultural and Educational Relations, Lin Wen-tong, has said that he expects to see the figure reach 120,000 by the year 2020.

Taiwan has already had some success in this area. The number of international students enrolled in the country doubled between 2007 and 2011, with a large chunk of the students coming from India. But in order to reach the 120,000 figure cited by Lin Wen-tong, Taiwan has unveiled plans to target the South East Asian market.

Of course, mainland China represents the largest potential international student market, but political relations have always been tricky. On one side, Taiwan has been slow to open the door to students from the mainland, and on the other, China only allows students from a handful of provinces or cities to study in Taiwan. The situation is complicated by the fact that mainland Chinese students don’t consider Taiwan a top study destination.

All of these factors result in severe under-enrolment from mainland China. For example, in both 2010 and 2011 Taiwan allocated 2,000 places to degree-seeking students from the mainland, but both years fewer than half were filled.

However, relations between the two countries have improved since Ma Ying-jeou was elected president in 2008, and re-elected in 2012, which may go a long way toward smoothing over a number of issues.

Taiwan is also looking to improve its staffing situation by attracting more foreign instructors, and in August passed a draft amendment that would loosen regulations pertaining to university teaching positions.

According to the Ministry of Education, the amendment would allow Taiwanese universities to hire teachers regardless of their degree level, provided they pass an MOE committee review.

Taiwan as a sending market

Taiwan remains an active sending market internationally, with about 25,000 students attending universities in the US alone. However, the trend for outbound students has also been tracking downward of late. Taiwanese enrolments in the US are off 4% from 2010 to 2011, and a study from New Zealand reveals that enrolments from Taiwan dropped 23% from 2007 to 2012.

Though Taiwanese universities are merging due to a lack of enrolment, a decrease in local students leaving the country to seek advanced degrees is not good news. Minister Chiang Wei-ning pointed out in an interview last month with Taiwan Today that during a US visit he had noticed a paucity of Taiwanese faculty at the schools he had visited.

This diminishing pool of foreign-trained academics and researchers,” he said, “bodes ill for [Taiwan’s] future development.

Yip Ming-chuen, vice president of Hsinchu City-based National Tsing Hua University, voiced similar sentiments when he said recently that students returning from abroad played a key role in Taiwan’s rise to a position of technological prominence during the 1970s and 1980s. He concluded that:

The country’s graduates need more international exposure to help Taiwan excel in the next wave of global competition.

Taiwan’s Minister without Portfolio Kuan Chung-min put perhaps the finest point of all on the subject. At a Cabinet technological advisory meeting in August, he said:

If we do not take a more aggressive approach to solving the talent shortage, Taiwan will soon become a second- or third-rate country.

Taiwan finds itself needing to perform a complex balancing act. It wants to bolster slipping enrolment at home, raise the quality of education at a time when there is talk of budget freezes, lure more foreign students, teachers, and top-tier workers, and send more local students overseas for quality education and experience which they can later bring home.

Regarding the final goal, some steps have already been taken. For instance, the Taiwanese government’s National Science Council, in partnership with the private research institute Academia Sinica, has launched the Overseas Technology Talent Recruitment Program, which will enable 116 doctoral and postdoctoral students to attend the world’s top 30 universities from 2013 to 2016.

It may seem that Taiwan has made its own students a priority, but the view from a distance can look remarkably different. A recent report from the Netherlands Organization for International Cooperation in Higher Education noted Taiwan’s ambitions to attract more international students and concluded:

There’s no clear indication that Taiwan needs to choose one direction over another, and indeed, statements from officials in the Ministry of Education seem to indicate that a multi-pronged approach is being taken to deal with the country’s multifaceted problem. With global competitiveness at its highest level ever, Taiwan’s solutions will have to be quick, decisive, and effective.