Foreign-based agencies may soon be banned from operating in China 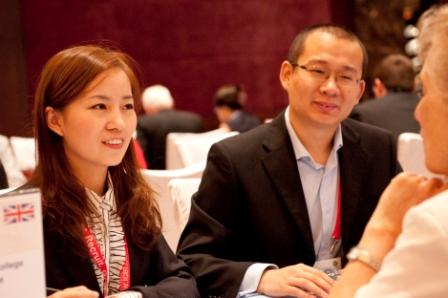 In what seems like an inevitable move by the Chinese government, foreign-based agencies recruiting Chinese students for study abroad (but not registered in China) may soon be banned in China. A Ministry statement indicates the proposed new regulations are an attempt to protect Chinese students, as well as education institutions around the world, from unscrupulous recruitment practices.

The proposed ban would apply to universities, high schools, and language schools recruiting Chinese students, and stipulates that overseas agencies – including their representative offices in China – foreign-invested enterprises, Chinese-foreign joint schools and individuals shall not engage in ‘intermediary services’ in China.

While many foreign-based agencies working in China operate ethically, there are some that are taking advantage of the fact that they do not currently have to be officially registered in China – unlike Chinese-based agencies. This makes them hard to regulate or to sanction in cases where they are found to have acted inappropriately.

The draft regulation is posted in Chinese on the Ministry of Education website for consultation until 5 November 2012, and if accepted, all agencies would be required to set up an emergency fund of at least RMB 500,000 (US $80,000) so that students could obtain refunds in the event that the agency is unable to provide services.

Although foreign-based agents are not necessarily the main culprits, they are considered to be difficult to regulate, unlike China-based companies, which must be officially registered.

University World News notes that the proposed regulations “come in the wake of numerous accounts in Western media and on China’s Sina Weibo microblogging sites of aggressive recruitment of Chinese students by foreign universities, making false claims about their facilities and degrees in order to attract fee-paying international students.”

The backdrop for such reports is of course the sheer size and dramatic growth of the lucrative Chinese student market. University World News also reports that: “According to the Ministry, the number of Chinese students studying abroad has seen an annual growth rate of almost 20%, from 118,500 students in 2005 to 339,700 in 2011. The number is expected to reach 400,000 this year.”

“show the government’s determination to further regulate the study abroad market, and it is beneficial for the whole industry in the long run. So far there has been little regulation of foreign-based study abroad agencies or foreign school representative offices operating in China, and it seems that the government wants to stop their operation until it finds a way to ‘monitor and regulate’ their operation.”

As it considers its policy with respect to foreign-based agencies, the Ministry of Education will no doubt be challenged to balance new regulations with the needs of Chinese students and families. As in The PIE News, a parent whose son is studying in the US commented: “The regulation fails to take account of the fact that applying to a university in the US is extraordinarily complicated. It’s quite different to applying to one in China. Foreign intermediary agencies offer many professional services to their customers, and banning them in China will heavily disadvantage students here.”

Obviously the news of further regulation in the sector is receiving mixed reactions. But taking the broadest perspective possible, the climate amid which the Chinese government’s proposal occurs – a massive, growing market and persistent reports of questionable recruitment practices by some agents and institutions alike – underlines the need for a solid regulatory environment, self- or government-administered.

For additional background, please see the May 2012 ICEF Monitor article, “Governments crack down on fraud, industry continues to strengthen standards.”