“Nature, governments, and people will always have a way of disrupting things.”

This was the message shared at one of the dozens of educational seminars held at last month’s EAIE Conference in Dublin, Ireland. Each year, more than 4,200 higher education professionals from over 80 countries gather for The European Association for International Education’s main event. Amongst the many sessions on offer, ICEF Monitor had the chance to attend one entitled “Social media in disrupted markets,” which shared tips and lessons learned when using social media for marketing, communications and public relations in disrupted or difficult markets.

In this context, a “disrupted market” is one where something prevents the normal use of global social media platforms. That might be a particularly acute disruption, such as a natural disaster or political or economic crisis, or it could be a more persistent condition, such as censorship or comparable government policy, in a particular national market.

China as a disrupted market

With 513.1 million Internet users in China, this is clearly a market that many international student recruiters want to tap into. But as we know, China also features several barriers to the free flow of information online, most notably the framework of restrictive policy and technology that is often colloquially referred to as The Great Firewall of China. The Chinese effort to control online communications employs both technology and manpower on a vast scale. For example, the Sina Weibo platform, a microblogging service with more than 120 million registered users, reportedly has 700 dedicated censors and keyword blocking tactics in place.

Don O’Neill of Waterford Institute of Technology in Ireland explained that these issues are not unique to China. Known as the ‘SICK’ nations (Syria, Iran, China, North Korea), the practice of blocking content is widespread. Even Germany, Pakistan and Thailand have been known to block YouTube at times as well. This illustrates that specific domains can be blocked in such systems, including potentially those of individual institutions or other providers.

Why are so many countries enforcing such restrictions? The power of social mobilisation is the real fear, not negative comments about the government. As a statement from King, Pan and Roberts in the June 2012 issue of Harvard Institute for Qualitative Social Science points out:

“Contrary to previous understandings, posts with negative, even vitriolic, criticism of the state, its leaders, and its policies are not more likely to be censored. Instead, the censorship programme is aimed at curtailing collective action by silencing comments that represent, reinforce, or spur social mobilisation, regardless of content.”

O’Neill found that, based on a survey of Chinese students who had been in Ireland for at least one year, two-thirds of them spend ten hours or less on social media each week. The main reason they use it is to stay connected with family and friends, but social media use is increasing. Recruiters should understand that most Chinese students still prefer face-to-face over virtual interaction because they won’t always believe what they see online.

According to O’Neill, “the Great Firewall is not going to disappear in the short term.” Therefore, in such environments, where global platforms may be routinely filtered or blocked, one solution is often to rely more on national platforms, which, while still subject to monitoring or censorship, would be less likely to be disabled outright.

O’Neill notes the best social networks in China to start with include QQ (with 40.3 million users) and RenRen (a Facebook equivalent with approximately 100 million regular users). Those interested in video should experiment with YouKu, the equivalent of YouTube (it merged with Tudou in Match 2012). Above all, he suggests having a native Mandarin speaker to manage your social media presence in China.

Sudden disruptions in the US

While many may associate developing nations with the words “disruptive markets”, Dr Jeffery T. Johnson, Dean of Students at Tulane University School of Public Health and Tropical Medicine in New Orleans, Louisiana, USA reminded the audience that an unsettled market can happen anywhere. He stressed, “it can, will, and does happen” when referring to possible catastrophes such as fire, earthquakes, floods, terrorism, hurricanes, tsunami, outbreaks, and protests.

Being based in the southeast of the US, Dr Johnson is well experienced in such disasters. Year after year, just as university classes were beginning for the autumn term, several intense storms hit the coast of Louisiana in late August or early September (Hurricanes Katrina in 2005, Rita in 2005, Gustav in 2008, and Isaac in 2012).

Suffice it to say that in the Katrina aftermath, Tulane was faced with a disruptive situation. They had three immediate priorities: decide when the university would reopen, keep people on the payroll, and reach out to higher education associations to see who could take displaced students.

Dr Johnson attributes their quick rebound to the administration’s preparation and the communications plan they had in place. Having multiple copies of alternate staff email addresses and phone numbers on hand is essential, so that you can reach people as quickly as possible. Furthermore, the infographic below outlines how colleges should approach social media as a crisis management tool. And Dr Johnson reminds us, “The Internet can go down, but the uniting power of texting remains strong.”

Sometimes, there is even a silver lining – such disasters can transform universities. For example, after Hurricane Katrina, Tulane University went through a massive renewal plan that strengthened the institution in the long run, and there was a marked increase in service learning activities and volunteering opportunities.

But once the situation is resolved, it’s important for schools to conquer the dilemma of how to market to prospective students in the wake of a disrupted market.

When recruiting students to a destination that could be potentially disruptive, Dr Johnson advises, “be honest with families and prospects about the risks.”

The power of social media during disrupted times

At the end of the day, the community-enabling influence of social media is well-established and widely documented across a wide range of social and political contexts around the world. For example, the Occupy Wall Street protests spread to 950 cities in 82 countries, thanks to the power of social media during this time. And protests considered to be inspired by the Arab Spring have taken place on every inhabited continent, with varying degrees of success and prominence.

The Arab Spring protests particularly illustrate the effective use of social media to organise, communicate, and raise awareness in the face of state attempts at repression and Internet censorship (see graph below). As such, they demonstrate as well the increasingly broad reach and importance of major global platforms such as Facebook and Twitter. 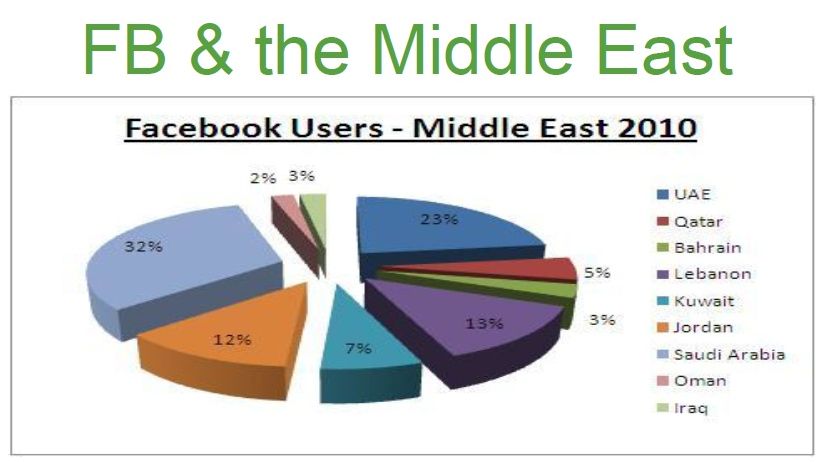