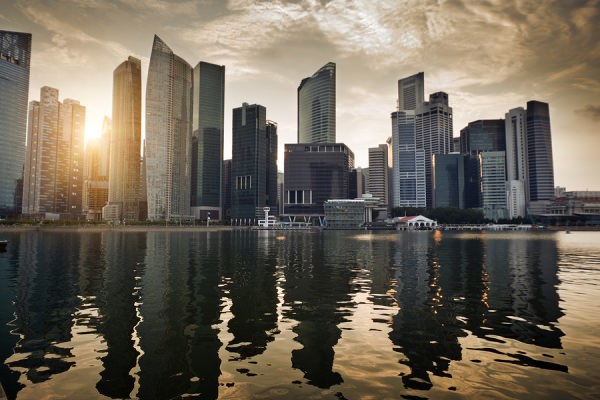 Singapore’s Prime Minister Lee Hsien Loong has announced that the proportion of young people attending higher education will rise to 40% by 2020 compared to 27% now, with two new publicly backed universities planned for the city-state. In addition, the number of part time students enroled in higher education is set to rise to 10% from the current 7%.

Education is “Singapore’s most important long-term investment in its people and it is a key response to the changing world”, Loong said during his annual National Day Rally policy speech, delivered recently at the Singapore Institute of Technology (SIT).

Loong explained that SIT and the Singapore Institute of Management University (UniSIM) would be upgraded to become Singapore’s fifth and sixth universities, offering applied as well as part-time degrees.

The Ministry of Education described the expansion as “carefully calibrated”.

The increase in the number of university places would also mean that more Singaporeans would be able to pursue a degree, without going overseas.

With Singapore offering quality education in a safe, cosmopolitan environment, staying at home could become preferable.

Jurong Secondary student Ihan Jamal, 16, who has plans to go to a university abroad, said he will have more options in Singapore to look at when deciding his path later. “I will now also look at the local choices to compare (with the foreign universities),” he said.

How much of an impact this will have on study abroad trends remains to be seen.

Wong said that, based on current labour trends, the employability of future graduates remains viable.

Official figures showed that professional, managerial and executive-type jobs are the “fastest growing segment” in the workforce – up from 27% in 2001 to 32% last year. Among economically-active Singapore residents between 25 and 29 years old, 46% already held degree qualifications.

The prime minister’s announcement comes a year after he initiated a wide ranging review of university education, to investigate how to increase the number of university places available for Singaporeans.

Loong said the review panel led by Wong “concluded that we should create more university places”, but that “we should focus on applied practice-oriented degrees, for example, engineers, physiotherapists, social workers – skills that are in demand and which will help get graduates jobs, and we should not just churn out graduates regardless of the quality or employment opportunities”.

Pointing to some other countries, including Britain, the United States and China, with unemployment or underemployment of graduates, he added: “Singapore must avoid leading people up the wrong path, misleading them that if you spend three years of your life doing this, at the end you will have a happy outcome.”

Instructive experience of other countries

The decision to increase university enrolment without expanding Singapore’s research-intensive universities further, or opening new research universities, was based on an examination by a review panel of higher education in the UK, Hong Kong, Germany, France, Canada and Finland.

The 12-member International Academic Advisory Panel, headed by Deputy Prime Minister Tharman Shanmugaratnam, said problems with the UK university system had been “particularly instructive”. In 1992 the UK government granted university status to polytechnics, which had been mainly teaching institutions:

“This proved to be a double loss for the wider higher education sector – the vast majority of these post-1992 new universities still struggle with their new mission and are unable to rise in quality and standing; and the UK tertiary system is now devoid of a tier of institutions that was previously instrumental in producing a technically skilled workforce,” the panel said.

“Therefore, it would be prudent for us to avoid this path while there are other more viable options,” stated the panel, as reported by University World News.

Furthermore, the panel has cautioned the city-state against expanding the university sector without taking into account the needs of students and the economy. It warned against “the risk of gradual homogenisation of the university landscape as seen in other countries, where what started out as different models and institutions eventually drifted towards an increasingly similar, academically and research-oriented model of universities”.

The panel highlighted the risks of rapidly expanding traditional, academically oriented degrees in advanced and emerging economies. The consequences apparent in other countries have been “high attrition rates, reduced graduate employability and a dilution in the value of new university degrees.

“The expansion of the university sector should not simply be about producing more graduates, but should focus on ensuring quality in education and the development of skills of an applied nature, which would ensure good employment outcomes and careers,” the panel said in a statement released at the end of three days of deliberations.

While supporting an expansion of public higher education, the panel said new institutions should offer something different from existing universities:

“New models of applied education should seek to complement the existing universities and offer a ‘unique value proposition’. This distinctive model of education should nurture a different type of graduate, one who is practice-oriented and has a strong entrepreneurial and innovative bent.”

Singapore would enlarge its higher education sector “not by doing more of the same but by diversifying the tertiary landscape”, including looking at alternative pathways for ‘applied’ degrees, said the Prime Minister.

UniSIM, a private college that is part of the Singapore Institute of Management, currently offers only part-time programmes but will add full-time programmes.

Meanwhile, part-time undergraduate students, including working adults at UniSIM, could become eligible for government grants and loans to enable them to “get the same support” as students at the National University of Singapore and Nanyang Technological University, Loong said – although UniSIM would remain a private university.

Providing more details, the Ministry of Education said UniSIM had a strong track record in providing part-time degree programmes in close collaboration with industry, and provided “a good balance of theoretical and real-world education”.

SIT, a multi-campus institution designed to allow polytechnic students to upgrade their qualifications, would begin to award its own degrees as well, the ministry said.